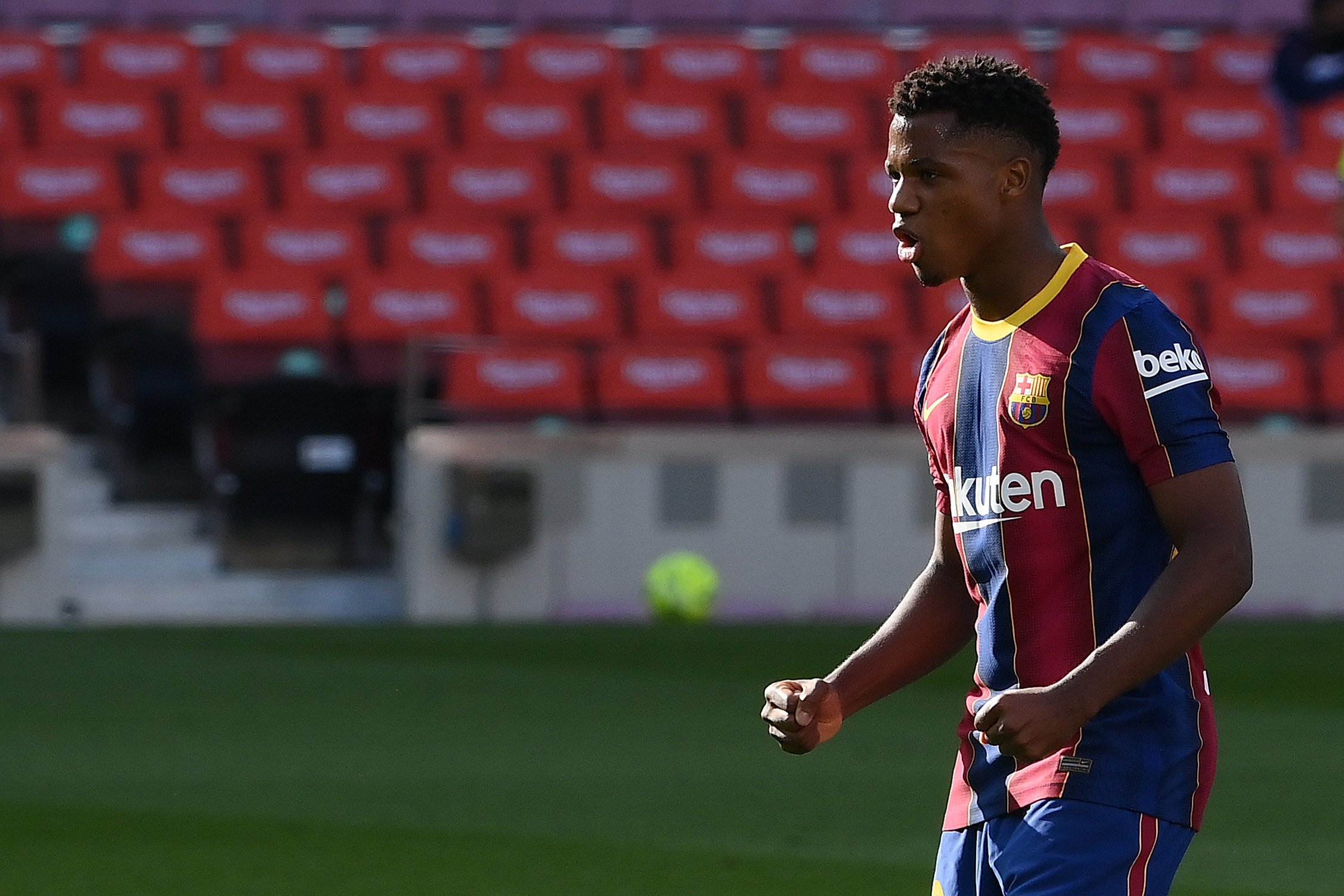 We are still quite early in the 2020/21 season but it’s safe to say that Barcelona’s start to the campaign was far from perfect. The team seems to be struggling at both ends, failing to keep their defence tight and attack lethal.

However, there’s good news too. The 18-year-old wonderkid, Ansu Fati, is firing on all cylinders and seems to be having an incredible second season with the first-team. Of course, that was kind of expected from him after a great break-out campaign in 2019/20 but not many would’ve predicted him to be Barcelona’s top scorer and assister after the first couple of months in the new season.

Fati has already scored five goals and registered two assists under his belt, edging out Lionel Messi in the former category and matching his tally in the latter. But while this is excellent for the youngster and his development, it’s also a bit worrying for the club that an 18-year-old kid is the only one performing in front of goal.

Yes, Messi has four to his name but all four have been from the penalty spot, while the likes of Ousmane Dembélé (2), Philippe Coutinho (2) and Antoine Griezmann (1) are still struggling to get on the score sheet regularly.

Not to mention that ‘own goal’ is once again making his contribution with two this season so far. That, of course, is a running joke among the fans since own goal has been Barcelona’s most consistent finisher last year after Messi himself.

Fati’s development has been incredible but the team as a whole will simply have to step up if the Azulgranas are to recover their form.