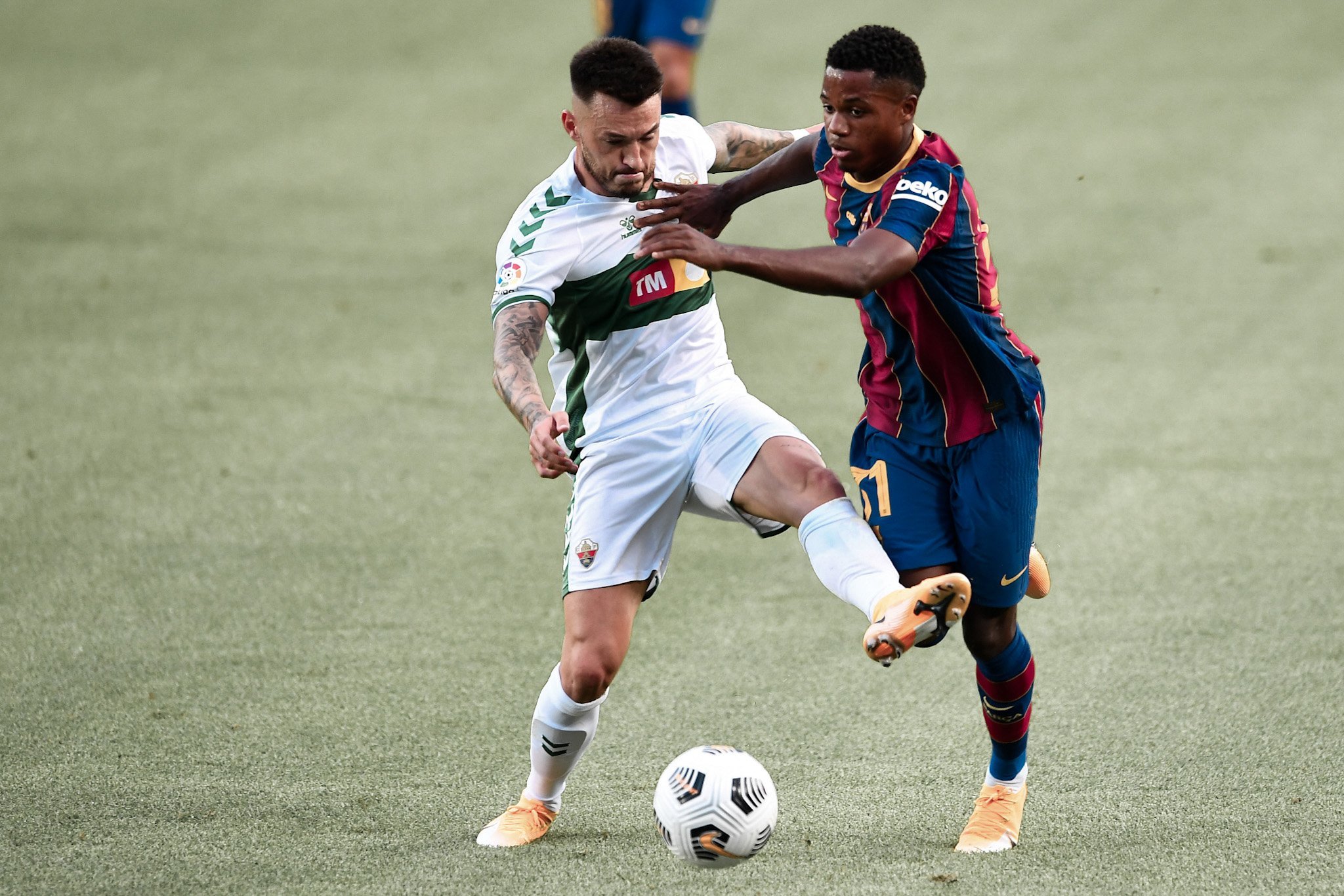 Ansu Fati stepped up in Barcelona’s La Liga opener at the Camp Nou against Villareal. In the 15th minute, the 17-year-old managed to score the opener with a brilliant finish from Jordi Alba’s assist. 5 minutes later, the Fati scored another goal, putting his 2-0 ahead in the 20th minute of the game.

Ansu Fati has become the club’s first under-18 player to score a brace before half-time. The player has currently 10 goals for Barcelona, which makes Ansu become the youngest player to score 10 goals across all competitions in Europe’s top 5 leagues.

Ronald Koeman’s 4-2-3-1 system created a very attacking Barcelona, taking the best out of Philippe Coutinho and creating spaces for the other players as well – especially in Ansu’s second strike. The Brazilian carried the ball from the midfield line and made the final pass to provide an assist for the young star. The Dutch manager managed to score 4 goals before half-time, and then preserved the 4-0 score in the remaining part.

Barcelona might finally have found their generational La Masia talent for the future. If Ronald Koeman can continue to keep his team in form, the Catalan club might rise from its ashes.

Make sure to check out our Barcelona Home Jersey giveaway as well:

❗Giveaway: We are giving away an FC Barcelona 2020/21 Home jersey to celebrate the launch of our YouTube channel.