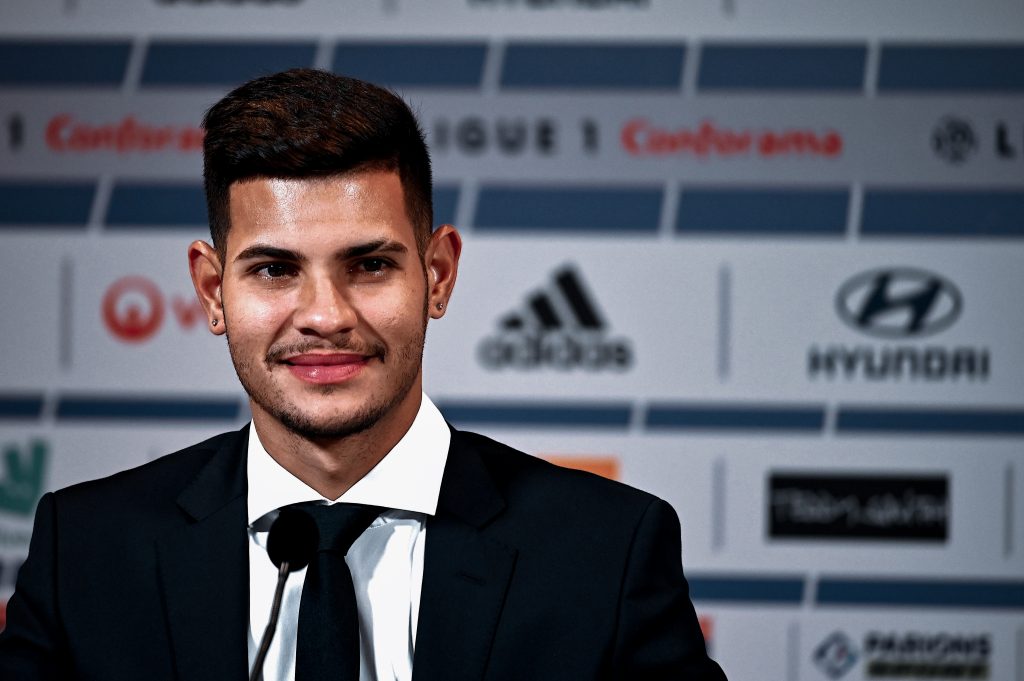 After his sensational first displays with Lyon and the fact that the French side will not be playing in Europe next season, Barça have reportedly set their sights on Bruno Guimarães.

It undeniably is a good sign that Barcelona has all the market under control and wants to keep track of all young talents in case they evolve positively or there is an interesting and juicy opportunity to recruit them. Nevertheless, the first place the blaugranas should look at is home. La Masía. That is what should focus most of Barça’s attention, even if they do want to keep an eye on other hot prospects around the globe.

Olympique Lyonnais’ midfielder Bruno Guimarães certainly is one of these exciting gems. Born in Rio de Janeiro in 1997, he was rejected by his city’s top clubs when he was a boy and joined Audax Rio instead. He was then transferred to its sister club Audax Paulista, in the western suburbs of São Paulo, making his debut in the Campeonato Paulista aged 17. Bruno was sent on loan to Athletico Paranense, in the Brasileirão, in 2017, before they bought him permanently. He began to impress, becoming an undisputed starter and having his breakthrough year in 2018. Alongside Atleti’s current Renan Lodi, El Paranaense won its first Copa Sudamericana and a Copa do Brasil.

As a consequence, Guimarães attracted interest from many big European clubs, among which was Atlético de Madrid. In the summer of 2019, the rojiblancos bought Renan Lodi and payed €2 extra million to have a preferential option over the signing of Bruno. So, in January 2020, Atleti were very close to buying him, until a last-minute offer from Lyon convinced the youngster. Atlético would have paid him more money, but the French club told him he would immediately be a key piece for their side, which had qualified for the round of 16 of the Champions League. OL’s sporting director Juninho Pernambucano even promised that he would turn him into the “best midfielder in the world”.

❛ Nobody called me from Atlético. 90% of my decision to go to the Ligue 1 is because of him [Juninho Pernambucano] ❜

Therefore, Guimarães chose Lyon. His impact has been instant, and his adaptation seamless. After being voted the best player of the pre-Olympics with Brazil, Bruno made his debut with OL in late February against Metz. He got the full 90 minutes and, five days later, the same happened in the surprising 1–0 win over Juventus in the first leg of the Champions League round of 16. At the Groupama Stadium, the 22-year-old shone brighter than anyone else as he was vital in recovering possession, evading the press and then setting up the attackers with extraordinary deliveries. In that fixture he received one of his three consecutive Man of the Match awards voted by the fans, and also got the reward of a call-up with La Canarinha.

Of course, this has attracted even more attention from the continent’s giants, and surely Atlético must be regretting not having signed him earlier. Now, according to AS, Barcelona have joined the list of Guimarães’ suitors. The decision from the French government to finalise the Ligue 1 season has left Olympique Lyonnais in a desperate situation: seventh in the table and outside the European spots for the first time since the 1995/96. Moreover, the return leg against Juve is expected to take place in August, which means that Les Gones will have been five months without playing an official duel. Therefore, their chances of qualifying will be much slimmer.

The absence of European football next term could see many of Lyon’s stars depart in the summer. One of them could be Bruno Guimarães, who has only made five appearances for them since his arrival. Barcelona are attentive to this situation, and have already contacted OL and the player’s entourage to know about his intentions. The French club bought Bruno for €20 million and Jean-Michel Aulas will certainly not sell him cheaply.

Barça are interested in Guimarães in case Arthur Melo leaves to Italy or as a successor to Busquets. Bruno is an all-round midfielder, with great balance between his defensive and offensive outputs. He can act as a positional holding midfielder, or as a more advanced central midfielder. He understands the game really well, and thus can adapt to a midfield two or a midfield three. His vision and distribution to exploit any gaps with a long ball, his ability to make key passes between the lines, his excellent positioning and body orientation, and his brilliant technique are among his main strengths. He isn’t excessively fast nor strong, but his intuition and reading of the game allows him to recover many balls. These virtues are joined by his superb finishing and shooting from any distance, and his capacity to shield the ball.

Bruno Guimarães has never been part of a team that practises the positional play like Barça, but his understanding of time and space seem to suggest that he would be more than capable of adapting to it. That said, while it is completely understandable that a club like Barcelona is interested in him, the azulgranas already have more than enough midfield talents at their disposal. Developing them should be the top priority.

• Football is coming back: what does it mean for Barça?