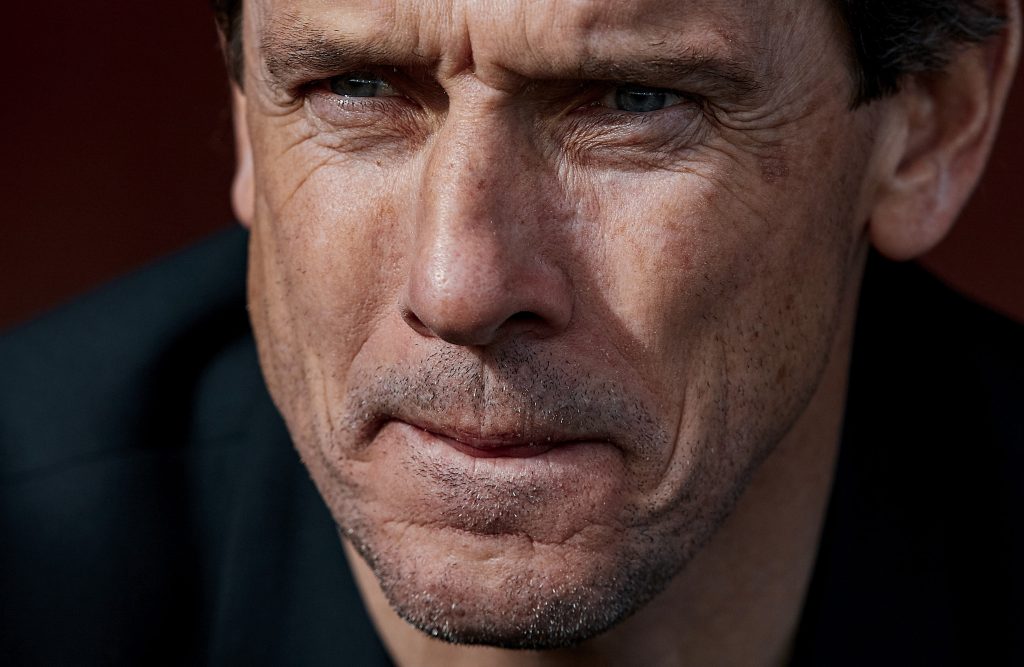 In a press conference this morning, former Barcelona goalkeeper and manager Juan Carlos Unzué has announced that he has ALS. Ánimo Unzué.

“I am signing for a modest, but committed, team: that of the ALS patients. I will have many teammates, we are around 4,000 in this country. The transfer market unfortunately has a lot of movement, as every day we have three new faces, and we lose three people”.

With these words, together with a commendable courage and character, former goalkeeper and manager Juan Carlos Unzué has announce that he suffers from amyotrophic lateral sclerosis, also known as ALS, MND or Lou Gehrig’s disease. A progressive neurodegenerative disease for which currently there hasn’t been found a cure.

A horrible motor neurone disease. But still, Unzué presented himself at FC Barcelona’s Auditori 1899 on Thursday morning to expose such news, always with a smile in his face and speaking with bravery and optimism. He talked about how this upcoming journey will certainly produce him satisfaction as he wants to play a part in the investigation for such terrible illness. “You would be surprised about the adaptability and strength of human beings”, Juan Carlos Unzué said. “Other patients have shown me a great desire to wanting to continue to live, despite the difficulties, because life is worth it”.

The ALS is a debilitating and fatal disease. Since the beginning of the disease, half of its patients die within the first three years, 80% after less than five years, and 95% after less than ten years. In Spain it is still considered a rare disease, with many unknowns and still much room for investigation, which results in the death of neurones controlling voluntary muscles. In the case of Unzué, the ALS is “affecting my extremities, my arms, hands and legs”.

But in this morning’s press conference in front of the media, with Quique Setién, Gerard Piqué, Sergi Roberto, Sergio Busquets, Jordi Alba and Carles Puyol attending it too, Juan Carlos has set an example in spite of facing a “disease without treatment or cure except for some pills that the majority of patients take to help slow the progression of the illness”. As he announced it, he expressed: “I assure everyone that knows me that I am dealing with it well, that I am strong mentally to live with this difficult illness and I feel privileged for all that life has given me until this moment”. With a strong message, he said: “I am not sad and I will never fear what will happen soon. I will face my disease with full force”.

In football, one day you win, one day you lose. One day you play for a team, and another day you play for another team. Juan Carlos Unzué, having devoted his entire career to football, wants to transmit such lessons to people’s lives too. From 1988 to 1990 he played as a goalkeeper for Johan Cruyff’s Barcelona, even if he was the back-up to Andoni Zubizarreta. Later he joined Sevilla, where he met with Diego Armando Maradona. After retiring in 2003, Unzué immediately returned to Barcelona as a manager.

He first was the goalkeeping coach of Frank Rijkaard’s Barça, and retained his position after Pep Guardiola was appointed in 2008. In 2010 he departed to be a coach on his own in the Spanish second division, but later joined Luis Enrique as his assistant at RC Celta de Vigo for the 2013/14 season. As Luis Enrique was named Barcelona’s first team manager in 2014, Unzué returned to Catalonia again as he continued to be his assistant. After Lucho‘s exit in 2017, Juan Carlos had been the main coach at Celta and Girona.

As Barcelona fans, it is a privilege and honour to have had a person with such personality, joy, professionalism and strength at the club. We would like to wish him to stay strong during such difficult times, but we are sure he already will. “Today is a great day because all of us who are present here have been able to wake up. Life is really worth it”.