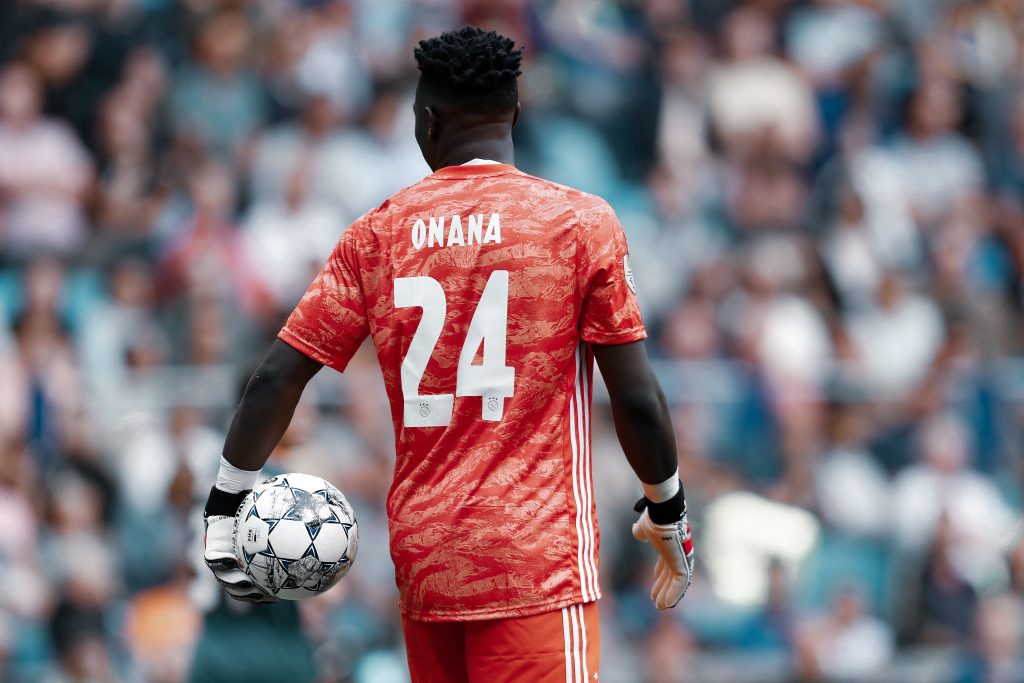 Barcelona seem to be in pole position to land André Onana in case he departs Ajax, but, as long as Ter Stegen remains at the Camp Nou, it could be a top yet unnecessary acquisition.

André Onana recently opened the door to leaving Ajax by posting a story on Instagram with the caption: “The journey ends with an empty stadium but full of pride and satisfaction. Thanks for all the love and support”. This could simply be an end-of-the-season post once the Eredivisie announced that the league campaign came to an end with no champion named due to the coronavirus outbreak. However, it could probably be a goodbye message to the Amsterdammers after a lot of speculation regarding his departure in the summer.

The 24-year-old could be looking to make the next step in his career after signing in July 2015 for Ajax, where he arrived from La Masía. The Cameroonian had started out at his country’s Samuel Eto’o Academy before moving to the Catalan youth system aged 13, in 2010. Despite his young age, Onana is already used to switching countries, and could be looking for his next destination with many clubs interested. The likes of PSG, Chelsea and Tottenham have been linked to him, but it’s Barça who reportedly have his signature under control.

❛ With FC Barcelona, ​​I am still in very good relations with the president, the coaches ❜

According to Sport, the blaugranas were already interested in him in 2019 with Jasper Cillessen’s exit, but André chose to stay in the Johan Cruyff Arena as long as they let him leave in 2020 if he wanted to. With the next transfer window approaching, it looks like the time has come for Onana to make the leap to one of the top 5 leagues. Barcelona currently have Neto, who was exchanged for Cillessen, as the back-up keeper. But, if they managed to find a buyer to the Brazilian, Onana would be the main candidate to succeed him.

Ajax will demand 40 million euros for him, but the economic crisis caused by the coronavirus, and the fact that André’s contract expires in 2022, could see his price go down. Moreover, the player himself is keen on a return to the Spanish city. Barça, who have a good relationship with Ajax, were informed that Onana is ready to come back, which was further confirmed by the words from the player himself to Canal+ Afrique: “As I said before: Barcelona is my home. If I can go back, I will go back. I am the goalkeeper of Ajax and we will see what will happen after this season”.

The African would be an incredible addition, for many reasons: his youth, potential, ball-playing qualities, reflexes and shot-stopping abilities, positioning, and experience on the big stage in spite of his youth. But signing someone of his calibre, and cost, to play a subsidiary role behind the undisputed Ter Stegen could be a waste of money, and of the youngster’s talent. While in one of his first press conferences Setién said that the goalkeepers could alternate between different competitions, the German is one of the best in the world and doesn’t deserve to be relegated to a minor role. Cillessen tended to play around 10 matches per campaign, featuring in the Copa del Rey and unimportant La Liga or Champions League group stage clashes. But that’s far from enough for someone as promising and proven as Onana.

❛ Normally I make no distinctions between the goalkeeper of La Liga and of the Copa del Rey. Both [Ter Stegen and Neto] can play in all three competitions ❜

It is true that Barça always have to aim at the best, but, especially with the club’s limited resources, it would be much more profitable to have a reliable but slightly inferior goalkeeper, or use one of the extremely gifted ones from La Masía. In particular, 21-year-old Iñaki Peña. In his two seasons with the reserves he has shown to be completely ready to make the step up. Agile, elastic, excellent on the ball and with quick and secure reactions, Iñaki does really look like a mini clone of Ter Stegen. The board thinks very highly of him, but would prefer to have him starting regularly in a second-tier team. Either Barça B get promoted, or he could be loaned out to a Segunda B side. 18-year-old Arnau Tenas would then replace him at the B.

It is true that lately there have been rumours regarding a possible, and traumatic, departure from Ter Stegen. His contract expires in 2022 and he supposedly demands to be the highest-paid keeper in the world. Nonetheless, any pay rise would be justified, and the directives are optimistic about his renewal as they have agreed to resume negotiations by the end of the crisis of the COVID–19. Marc loves the club and city too much, and is going nowhere.

Furthermore, he is only 27 years old, so there’s no need to find an heir to him yet. By the time he gets older, the two gems in Iñaki Peña and Arnau Tenas should undoubtedly be prepared to take over. But there’s still a long way to go for that to happen, and that scenario does not need to be contemplated yet. After all, while André Onana is a La Masía product and top-class prospect, the position is already more than covered for the present and the future. Signing him would be just too much.