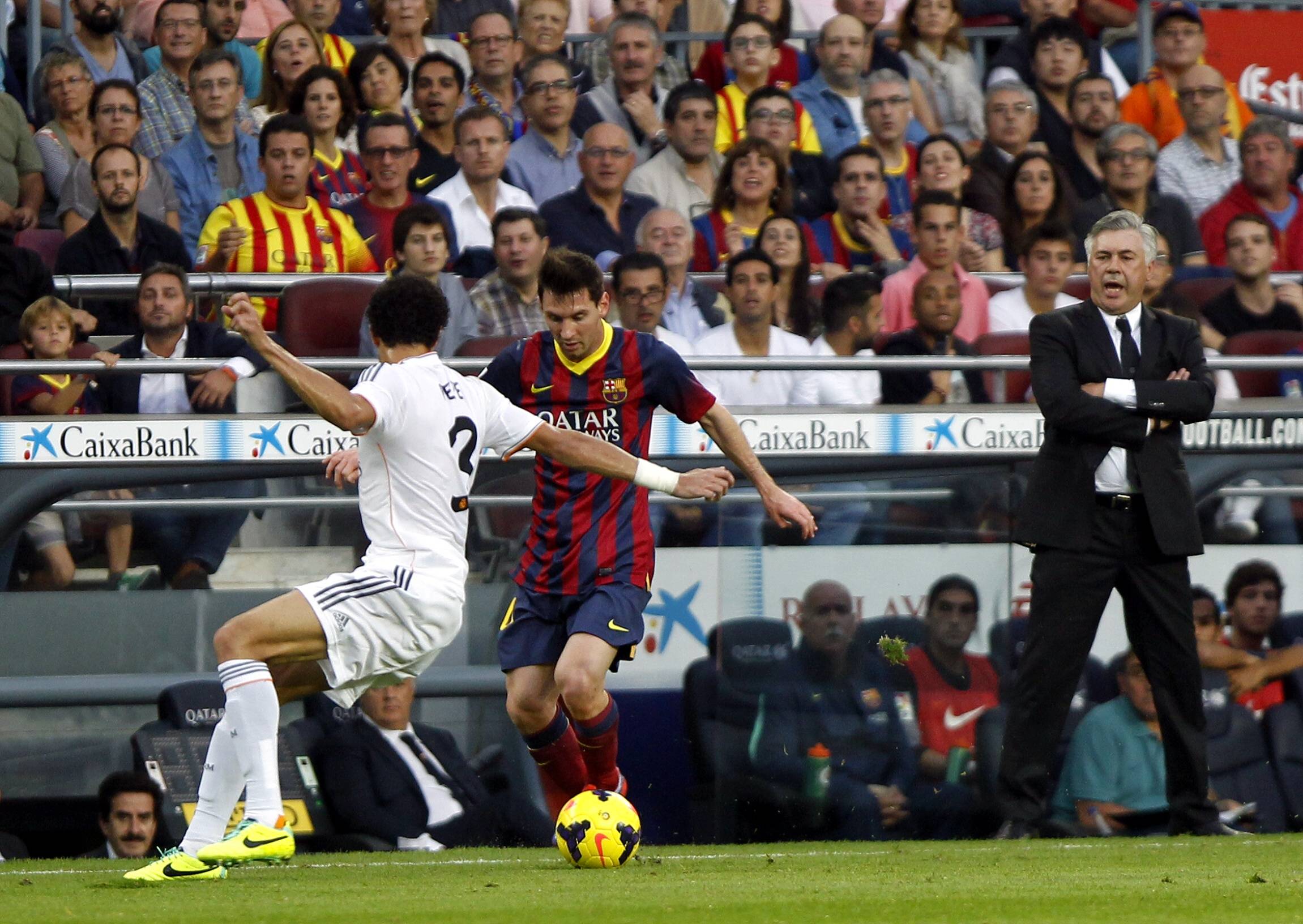 Speaking in a press conference before their quarter-final loss against Manchester City in the FA Cup, Everton boss Carlo Ancelotti had shared a very interesting anecdote about his team talks. He revealed the strategy he uses ahead of big games to prepare his players.

Making an allusion to a method he referred to as the ‘Messi strategy’, he simply refuses to talk too much about the opposition and their best players during a pre-match team talk. This according to him helps settle the nerves and doesn’t scare his players before they take to the pitch.

The former Real Madrid boss, who played numerous matches against Messi and Barcelona, said that he would never mention Messi to his players ahead of the game. Ancelotti believes the same golden rule could have helped his players settle their nerves in the FA Cup contest against Pep Guardiola’s Manchester City, who are brimming with quality.

“When we played a lot of time when I was in Madrid against Messi – who was one of the best opponents – don’t talk about Messi to the players,” said the Everton manager.

Unfortunately for the Merseyside team, Guardiola’s City proved just a tad too good regardless as they managed to beat the Toffees 2-0 to secure a third consecutive semi-final berth in England’s premier cup competition.

Pep Guardiola, formerly manager of FC Barcelona, is on a roll with Manchester City, who recently secured qualification through to the UEFA Champions League last eight as well. Everton, despite the loss are having a fairly promising season, sitting seventh in the Premier League table.