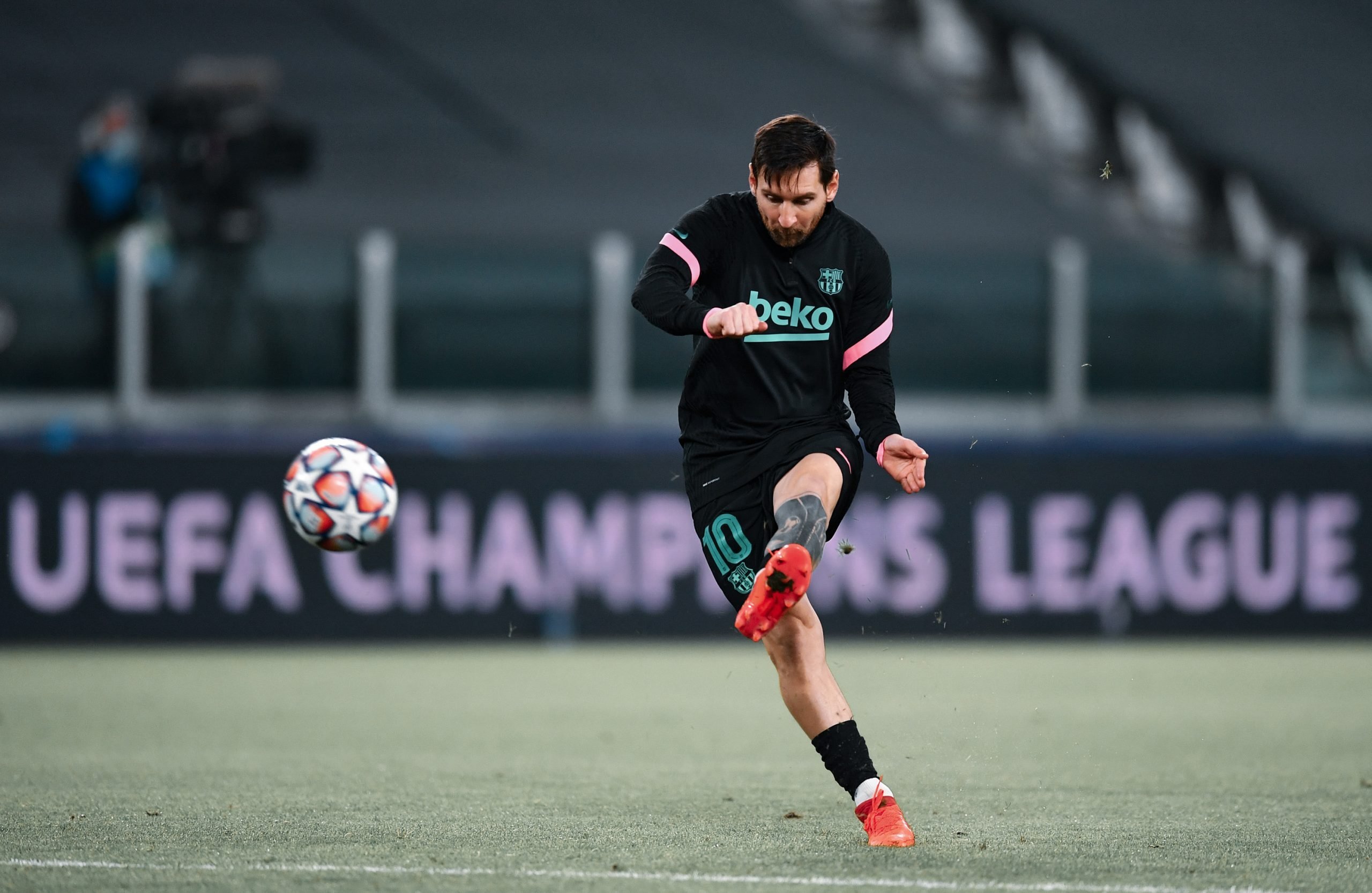 Where have the team’s chances been coming from? Which players have been shooting from where? Who’s had the most clinical start to the campaign? Let’s dive into the data and metrics behind Barcelona’s shooting trends so far this season.

We’re still in the early days of Ronald Koeman’s official reign as Barcelona manager, but certain characteristics of the team’s attack are starting to emerge. To identify some of these trends, as well as some potential strengths and weaknesses of the side’s attacking play, we’ll be looking at the season so far through the lens of shots.

In addition to heavily looking into shot locations, we’ll be using the expected goals (xG) statistic often. This metric measures the probability of a shot resulting in a goal based on a variety of factors. These include things like distance from goal ( for example, a shot from 40 yards out will have a low xG), the shooter’s angle to the goal (a more acute angle will have a lower xG), and the part of the body the shot was taken with. Using xG, one can gain insight into the quality of chances a team is creating, how well a player is finishing, and more. (All xG stats provided by Understat.)

Where are Barça’s shots coming from?

On a basic level, looking into a team’s shooting positions can point to which areas they like to attack and which players they like to utilize. Taking this season’s La Liga matches into consideration, here are all of Barça’s shots:

There are promising signs with a plethora of attempts from around the penalty spot and six-yard box. All of the team’s goals have come from this area as well.

However, efforts from long-range are frustrating to see. There have been quite a few cracks from a distance in these early matches, and none of them has paid off so far. With players like Lionel Messi and Philippe Coutinho in the side, long shots can definitely be an asset, but there needs to be an improvement here.

Another interesting observation is that the team’s shooting seems to be more geared towards the left side of the pitch, especially from outside of the box. This mainly reflects the presence of Coutinho and Fati on that left side, as well as Messi’s tendency to drift across.

Barça’s dominance in the opener against Villarreal is apparent, with an abundance of good chances coming from inside the penalty area. It also showcased the aforementioned tilt to the left-wing.

Going down to ten men away at Celta made chances very hard to come by. The shots were more evenly-split down the middle in this match, and two pretty tough finishes – along with the own goal – got the three points.

Against Sevilla as well, Barca’s shots were very evenly-spaced, but the team struggled to create much danger. Sevilla’s well-drilled backline and strict defensive setup clearly made them tough to break down, and there wasn’t really a weak point Barça could exploit, unlike in the other games.

There is clear favour to the left side in the game against Getafe as well. However, Barça failed to really test David Soria. In fact, by xG, it was the side’s least-threatening attacking performance of the season, racking up a measly 0.63 in the match.

Luckily, the squad went all guns blazing for the Champions League opener. While we don’t have xG values for the shots, things were looking strong with a number of close-range shots and goals.

While there were numerous and mostly unsuccessful attempts from further out, it was not a major hindrance to the team’s success.

Then came El Clásico. There were a few excellent chances, including Ansu Fati’s goal and Messi’s close-range effort which forced a diving Thibaut Courtois save, but it was not enough. There was once again a heavy dosage of efforts from the half-spaces on the left outside the box.

The most recent match gave the side another opportunity to bounce back in the Champions League, and it was taken with an empathetic victory against the Italian champions Juventus.

The focus was once again down the left, but here there was far more success in actually working the ball into the box. Messi and Antoine Griezmann, in particular, had a few efforts from that hot zone which were hit slightly wide and onto the woodwork respectively.

While the goals ended up coming from a penalty and a massive deflection, this was an exceptional display of chance creation against a traditionally stout defence.

Who are the team’s main shooters?

Starting with the Barcelona captain, and while we’re all used to seeing him operate down the right, he certainly hasn’t been shooting much from that side of the pitch. In Koeman’s 4-2-3-1 system, Messi has been lining up more centrally, and he has been coming across the pitch constantly to get into shooting positions.

It’s also worth noting that Messi’s only goals this season have come from the penalty spot. Not only is three goals in seven matches (one in five in La Liga), not quite the return we’ve grown accustomed to from Messi, but the fact that he hasn’t put away any of these open play chances is a bit concerning.

When he’s in form, it seems like he can pull off a finish from anywhere, which makes the attack so much more dangerous. Hopefully, he can find his shooting boots soon, but in his slump, one person has stepped up massively.

Fati’s shot map looks exactly how you would expect, with him cutting inside from that left-wing. His four league goals have all come within a few yards of each other, and they are a testament to his movement and craftiness in the box.

These attributes are incredibly rare for a winger of his age, and his finishes have given the team valuable elevations in crucial moments.

Coutinho also has a very refined shooting area thus far. In the mediapunta role, after drifting out wide to then cut in, or finding room in the left half-space, the Brazilian is never afraid to have a go. He hasn’t been too reckless, though, and has been able to sniff out good opportunities inside the box as well.

To sum it up, these three have averaged a combined 8.77 shots per 90 minutes of league play, while the team as a whole has averaged 10.71. They’ve also provided six out of the 7 total league goals scored by a Barça player.

Now, let’s take a look at the “best” finishers and finishes this season based on how much they overperformed their xG. To start, which of Barça’s goals have come from the most improbable situations?

Note: Only including La Liga matches, for which the xG data is provided by Understat.

Fati has clearly been on fire lately. This is also reflected when looking at how each player’s cumulative xG for the season compares to their actual goals scored.

Ansu Fati has been on song this season. (Photo by Alex Caparros/Getty Images)

According to Understat, the two Barça players outperforming their xG so far are Fati and Sergi Roberto. Roberto has just the 1 goal from an xG of 0.30, but the 17-year-old has a remarkable 4 goals from an xG of just 1.26.

The worst finishers and worst misses

On the flip side, what have been some of the easiest chances (according to their respective xGs) that Barcelona have failed to convert, and which players haven’t been taking the chances, they should be?

These are the top 5 non-goals with the highest xG:

Note: Only including La Liga matches, for which the xG data is provided by Understat.

Messi, almost the opposite of Fati this season, hasn’t quite been himself in front of goal. From his 3.34 xG, he has tallied just one goal, which was a penalty.

Messi and Griezmann need to step up their goalscoring game. (Photo by Alex Caparros/Getty Images)

Another concerning underperformer is Antoine Griezmann, who has tallied zero goals from his xG of 0.58 – which is very low, to begin with. It’s been a very disappointing start to the La Liga season for the World Cup winner, and he’ll have to start getting himself some more opportunities and converting them at a higher rate before it’s too late.

Before jumping to any conclusions, we must remember that this is just the start to a very chaotic season. With the small sample size of matches and the players still getting settled under the new manager, it’s too early to come to any concrete judgments. But, there are certain trends within the team that have become apparent:

It will be interesting to see how coming opponents deal with some of these things – Do they try to force us deep down the right wing? – and how Koeman tweaks the side because of them – Do we see someone like Pedri or Trincão replace Griezmann in the starting eleven for good?

Finally, on the topic of Ansu and Messi, it should be noted that their roles will likely reverse sooner or later. That is, Messi will go on an incredible hot streak while Ansu goes through a dry patch. This is because, eventually, everyone’s ratio of goals scored to expected goals balances out to incredibly close to 1.

So, be ready for Messi to bounce back, especially as he is one of the extremely rare cases of a player who consistently, year after year, outperforms his xG. He’s had a rough start, but he’ll be fine.

Then for Ansu, while he is an incredible finisher, it would be unwise of Barça to count on him keeping up this ridiculous form. When he starts to regress a bit, it will be important for other players to step up.