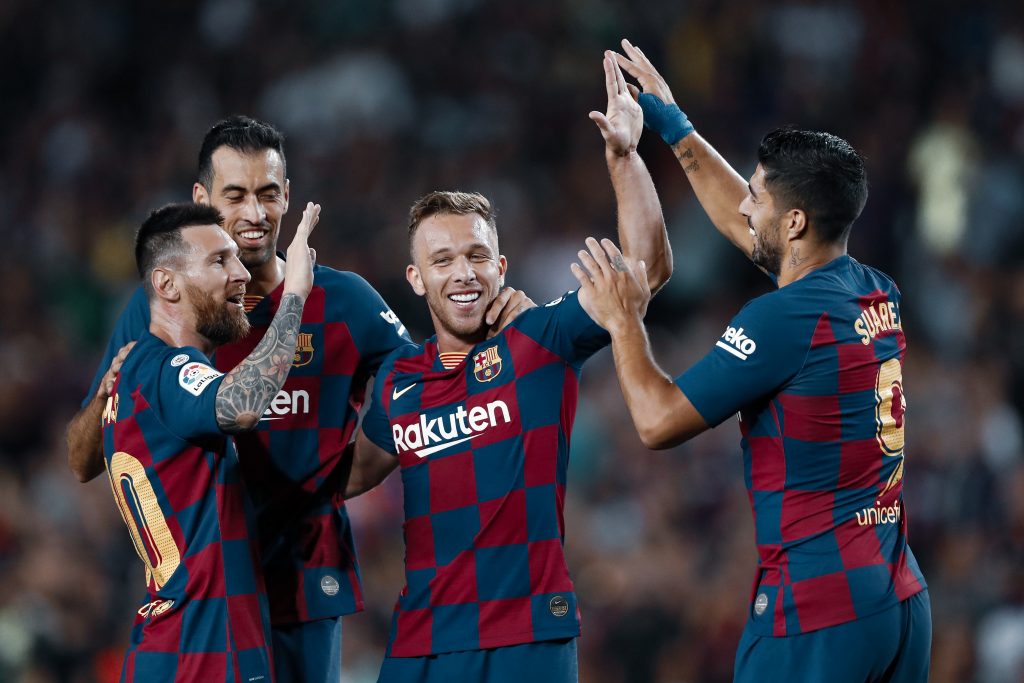 Where are the goals generated? Where do their sequences start? Who starts and finalises them? In this article, a deep analysis will be provided on the goals from Barcelona in the present campaign.

In the modern era of football, there are an abundance of stats used by managers, scouts and even supporters to evaluate certain players and teams. From the simplicity of goals scored, to chances created or top sprint speed, statistics now shape the way many footballers are perceived. Of course, for footballers and teams to be great, especially at Barcelona, qualities are needed that can’t be quantified or expressed through numbers. However, this does not mean that certain trends, strengths and weaknesses can’t be found by analysing the club’s play. In this article we attempt to find some of them.

The stats chosen to focus on all revolve around goals. This is so not just because goals win matches and can be the most exciting part of the game, but also due to the fact that creating goals is an essential part of the FC Barcelona culture. Whether it was Johan Cruyff or Pep Guardiola, the Barça style that has attracted so many involves finding the spaces, the gaps and the imbalances in the game to create chances to score as well as to entertain.

Clearly, there have been some issues with the club’s play in recent years, so in an attempt to find out why, let’s take a look back and analyse all of Barcelona’s La Liga goals from this 2019/20 season. This is what the data shows.

As mentioned earlier, the build-up has long been an essential part of Barcelona’s game. To analyse this aspect of the goals, we looked at the sequences leading up to them. A sequence is an uninterrupted period of possession that, in this case, ends with a goal being scored. This means that every time the ball goes out of play or a free-kick is awarded, a new sequence begins. Note: penalties were decided to not end a sequence as that would discount the play that got the ball into the box and the skill required to win a penalty.

It was found that in the sequences leading up to Barça’s open play goals, there was an average of just over six completed passes, and just over five players involved. While this may seem low, it is unrealistic and disadvantageous to think that every goal must be created by a long tiki-taka move in which everyone is involved. In reality, having half of the outfield players on the pitch touch the ball in the build-up to each goal is a solid ratio, and shows that Barcelona still at least attempts to play a short-passing, combination style.

When looking at the players who started – or had the ball at the beginning of – the most sequences, the Barcelona style of playing out from the back is apparent. Gerard Piqué leads the way with nine sequences started, while Jordi Alba, Marc-André ter Stegen and Sergio Busquets are joint-second with six each. With the top four being made up of a centre-back, a goalkeeper, a full-back and a defensive midfielder, a commitment to playing out of defence is highlighted, but also a lack of intense pressing higher up the pitch that would allow advanced players to win the ball in dangerous positions.

As expected, a big portion of Barcelona’s goals come through the boots of Lionel Messi | Photo by Imago

It should be no surprise to hear that Lionel Messi is the blaugrana player who was involved in the highest number of goal sequences, 26 to be exact, but it is still impressive nonetheless. With Messi missing much of the preseason preparation and early matches, as well as struggling with some fitness issues during the campaign, it is a further testament to his brilliance and importance that he ended up being the player most involved in the build-up to goals.

The next most involved player is far more surprising, as Antoine Griezmann was involved in 25 goal sequences, just one less than Messi. Despite this number saying that the Frenchman was more involved than many fans think, it is aided by the fact that he always plays in the front line and that he has played in 26 out of 27 La Liga matches, several more than Leo Messi and Luis Suárez. Griezmann at least gets on the ball constantly, but far too often he is not the one who provides the spark that actually creates a goal.

Just behind Messi and Griezmann is Sergio Busquets, who was involved in 24 goal sequences. In spite of acting as the pivot in midfield and usually one of the deepest players when Barça have possession, this tally for Busquets is only surpassed by forwards. This is just further confirmation, for those who need it, of how crucial Busquets is to the team as a source of line-breaking, defence-splitting passes that eventually lead to chances.

When examining the assists of Barcelona, a lot can be said about the creativity of Messi or Suárez, but that has been covered so much before. Instead, the goal was to find what the assists can say about the team. And in Barça’s case, they say a lot. Out of Barcelona’s 55 La Liga goals that were assisted, an astonishing 39, or about 70.9% of the assists were played from the centre third of the pitch. This leaves under 30% of the assists from the right and left thirds combined. It is true that it has never been the Barça style to play a multitude of crosses into the box, instead opting for through balls or quick central combinations, but this number does seem to reflect a lack of dynamic wide play in the squad.

Each member of the main front three this season, in Messi, Suárez and Griezmann, is either accustomed to a central role or tends to drift towards the centre. With Ousmane Dembélé injured, La Masía youngster Carles Pérez sold, and 17-year-old Ansu Fati playing well but not ready for consistent starts, Barcelona have been operating without a single true winger on the pitch very often this campaign. Even full-backs Jordi Alba and Nélson Semedo, who one might think could take up the wide areas, have combined for a lacklustre three assists in the league this term.

Sergio Busquets gets the team ticking | Photo by Imago

Maybe the one positive that can be taken from the secondary assist numbers is, again, the quality of Busquets. From the pivot role, Sergio racked up a team-leading nine secondary assists, almost double the next best tally of five. This is a truly remarkable number for a player whose quality is almost always unrepresented in stats. Busquets is not the guy who usually makes the final pass, but he is always involved, and his quality on the ball opens the game up for the likes of Messi to go create chances.

The final piece of the puzzle, the goal itself, can’t be analysed as deeply as it mainly depends on the events leading up to it. Although some more basic conclusions can be drawn, including the fact that Barcelona’s scoring is very evenly distributed throughout the match. The Catalans scored 32 of their La Liga goals in the first half of matches, and 31 in the second half, almost a perfect split. Additionally, Barça scored 10 early goals – first 15 minutes – and 14 late goals – last 15 minutes –, so a difference of just a few goals there.

In terms of the type of goal, Barcelona scored 49 from open play, which makes up just under 78% of the total 63. A high rate, yes, but it would be expected for any big club to not rely on set pieces for their chances. While set-piece goals can be a great asset, it has never been the Barcelona way to even have a particularly tall team, nonetheless play for set pieces so balls can be lumped into the box for headers.

Unfortunately, it must also be noted that Barcelona’s four top goalscorers in the league, Messi, Suárez, Griezmann and Arturo Vidal, are each 29 years old or older. Furthermore, Griezmann is the only one under 32. Being older should not prevent anyone from playing – nobody is saying bench or sell Messi. But the fact that almost 70% of Barça’s league goals were scored by this ageing foursome is a clear testament to how poorly this club has been run in recent years.