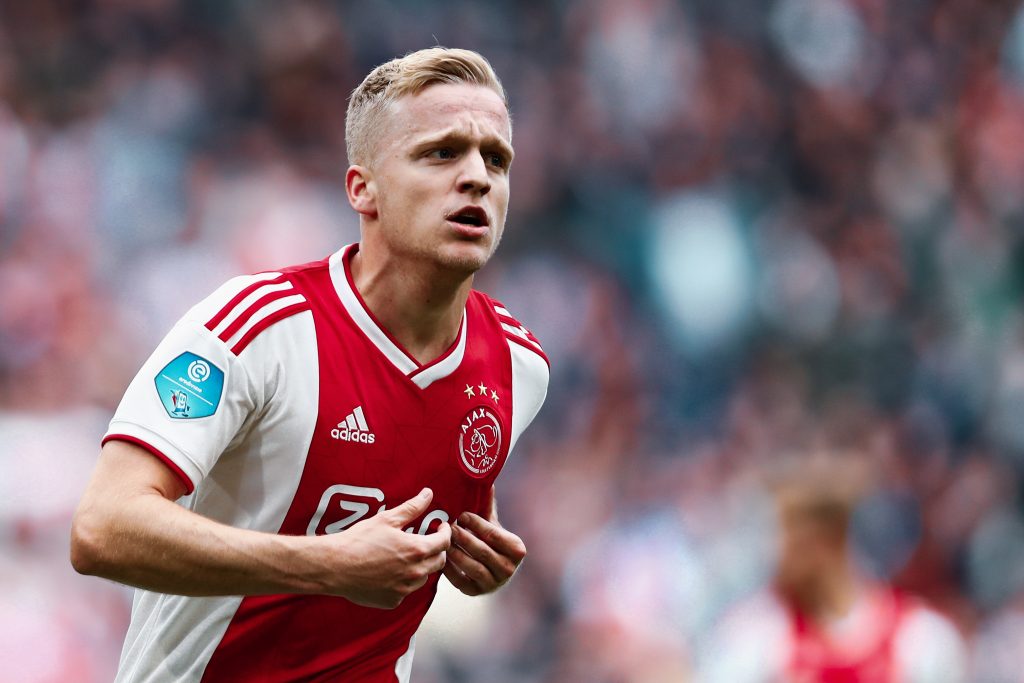 A few hours after the presentation of Ronald Koeman as the new coach of Barcelona, new rumors have emerged that position Donny van de Beek as a priority for this new blaugrana’s project. How fruitful could this move be?

Donny van de Beek was one of the revelation players of the 2018/19 season in that wonderful Ajax that all football lovers fell in love with. Those of Amsterdam, led by Frenkie de Jong, Matthijs de Ligt, Van de Beek himself, Dusan Tadic, or Hakim Ziyech, reached the semifinals of the Champions League and were one step away from the grand final.

Like any revelation team and as the Eredivise is a growth league, the vast majority of players on the Erik Ten Hag’s team sought new adventures. While De Jong continued his career at Barcelona, De Ligt signed for Juventus and Zyech for Chelsea. And although there are still names of that mythical team, little by little they will be leaving, as is the case of Van de Beek, who seems to be the next to leave the club where he grew up.

In recent markets, the Dutch player has had an enormous interest in clubs such as Real Madrid, PSG, Manchester United, Bayern Munich, and Chelsea, but the signing was never formalized or made official, although he was very close to reaching Zinedine Zidane’s team in summer 2019.

Nonetheless, with the arrival of Ronald Koeman to Barcelona, new rumors also arrive, and recently there have been numerous rumors that affirm Ronald’s interest in his compatriot Van de Beek. This is where a Barça who needs new blood could appear and who could please the new coach with his desire. The player is known very well by the manager in the Dutch national team, where Donny is essential for the former legendary azulgrana’s player.

Moreover, the signing of Donny is not as bad as it seems and could work properly. Of course, sacrifices would have to be made because of how saturated the blaugrana midfield is since Van de Beek has similar profiles such as the likes of Carles Aleñá, Arturo Vidal, Riqui Puig, and Rafinha Alcántara. Notwithstanding, there are reasons to be excited.

He would fit in excellently in the Barça system

Having De Jong and Koeman in Van de Beek’s atmosphere will feel like his home in Amsterdam. In addition, he has worked very well with Ten Hag and knows perfectly the game system that Barça should play. An opportunistic midfielder who is not afraid to break lines and come out with explosiveness to give a pass in the final third or have the confidence to make a shot full of danger. It is not a coincidence his 27 goals and 24 assists that he has made in the last two years.

Similarly, despite not being such a good dribbler, he knows how to move in small spaces and be able to contribute to the creation of the game. In addition to being able to act in different areas of the pitch, always being highly effective in dangerous plays. It is scandalous and unreal what this player can do in attack.

Adding youth to the squad

After the signing of Miralem Pjanic and the dressing room full of veterans that the club has, the Catalans add a 23-year-old player who has all the future ahead of him and who dreams of making history. It is the ambition that this team needs. Although he is young, he is a sufficiently mature and experienced player capable of understanding the game in all its dimensions.

Barça has been known in recent years for the number of signings of a ridiculous amount of money but this would not be the case. The market value of the Dutch player ranges from 38 million euros to 55 million euros. A reasonable price considering his age and talent. In addition, this investment could be recovered with the hypothetical multiple sales that will be made.

Barcelona will have to make sacrifices

Not everything in the world of football is simple and many times teams have to make sacrifices to assimilate certain ideas. Assuming that Donny van de Beek would have an important role in the team, without being the undisputed starter, Barcelona would have to sell many players. Currently, the midfield is saturated with players like Sergio Busquets, Ivan Rakitic, Arturo Vidal, Pjanic, Aleña, Puig, Rafinha, Coutinho, Sergi Roberto, De Jong and probably Van de Beek.

To contemplate and for Van de Beek to fulfill his role also means fewer minutes for Puig and Aleñá, as does the sale of players, which is probably a good idea. However, it would be a giant mistake to give a lot of importance to the Dutch and leave once again Puig and Aleña totally discarded for the team as it has happened last season.