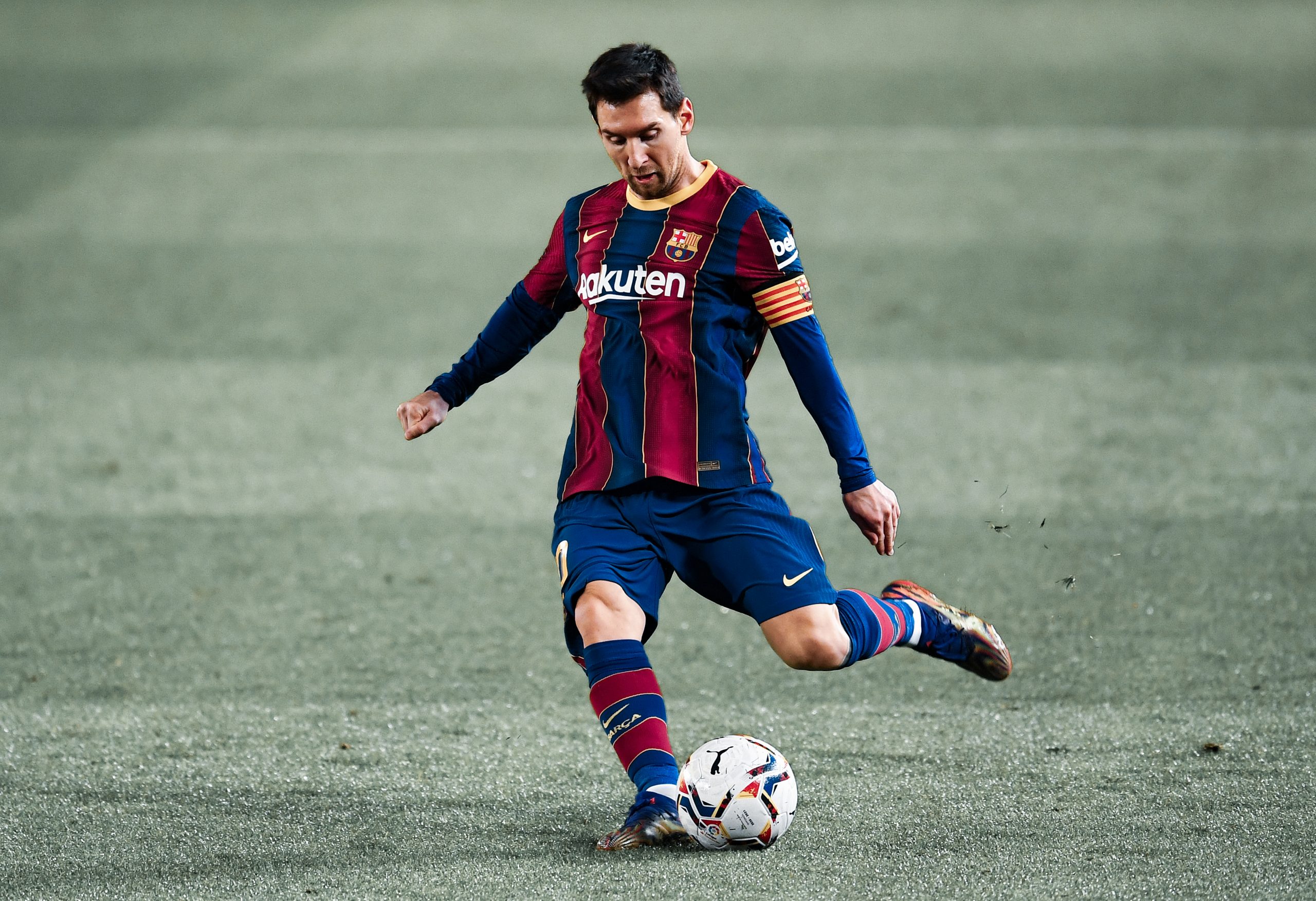 A statistical analysis of who provides the squad’s passing danger and progression, who is on the receiving end, and what it says about the team.

Whether that be crosses from out wide or a precise through ball, incisive passing is crucial for winning matches. Throughout Barcelona’s history, the Camp Nou has been home to many footballers who excel in this facet of the game. But, who is currently carrying on that torch?

In this case, that probability is based solely on ball location. This means the model is far from perfect, as it does not take into account factors such as game state or the positioning of defenders. However, PV highlights those who continuously work the ball into traditionally threatening areas.

Specifically, we will assign the value of pass as its net PV – the PV at its end location minus the PV at its start location. Therefore, passes that move the ball into more dangerous areas are rewarded, and regressive passes are punished. With that in mind, this is what the metric says about Barcelona’s passing so far in the 2020/21 La Liga season.

Who creates the most danger?

The first category to be examined is simply the net PV created from each player’s passes. The values will be averaged per 90 minutes on the pitch to account for differences in playing time.

These tallies are derived with the PV of an area ranging from zero to one. So, if a zone of the pitch has a PV of 0.01, that equates to a one per cent chance of a possession ending in a goal. This means that if a player averages a net PV of +0.3, their passing value is equivalent to six passes, increasing the probability of scoring by five per cent. With that being said, here is how the squad stacks up:

Unsurprisingly, Lionel Messi comes out on top, and by a good distance. Behind the Argentine is Ousmane Dembélé, who, while he has not been a consistent starter, has proved a threat whenever he has been on the pitch.

The same could be said for Miralem Pjanić, who has consistently put up excellent ball progression numbers and been able to work the ball into the penalty area in limited game time.

The attacking presence of Jordi Alba is reflected with his rank and the ball-playing ability of Clément Lenglet. Despite the Frenchman’s inconsistent play this season and defensive shortcomings, he has provided a sizeable amount of danger for a centre-back. This is crucial as he might soon be competing with yet another CB — Eric Garcia — for the centre-half role.

Further down the list, the lack of threat from Barça’s other forwards is noticeable. Antoine Griezmann, Martin Braithwaite, Francisco Trincão, and Philippe Coutinho sit well behind Messi, the full-backs, and the deep-lying midfielders.

To a certain extent, this is not too much of an issue. Players who operate higher up the pitch have less room to progress the ball further, and they are often more responsible for being on the receiving end of dangerous passes instead, which will be covered later. However, when there is so much burden on Messi, and several other attackers provide far less in terms of unlocking defences, it is concerning.

Also, the low rank of Pedri might be surprising. The teenager has been a true revelation and one of the club’s best performers so far in his debut season. This does not seem to be reflected by his net PV, though, and there a few reasons why.

First off, while the Spaniard has proven to be capable of providing a killer pass, it is not something he pulls off at a very high volume. Messi, Pjanić, Coutinho, Alba, Dembélé, and Griezmann all average more passes into the attacking penalty area than him. Furthermore, out of the 20 qualifying players in the Barça squad, Pedri comes in at 16th for progressive distance passed per 90 minutes.

He is more than a capable passer; this is no argument against that, it is just that creating danger directly is not exactly Pedri’s style. Where he provides more value is in his combination play and opening up the game for others, which segues into the next category.

Who facilitates the most danger?

Now, in addition to looking at the net PV of a player’s pass, more insight can be found from analyzing the value of the passes they assist. This is one way to help account for some of the missing context in the model.

Say a player has the ball centrally around the edge of the box, and they draw the opposition defense in. Three defenders now surround that player, leaving an open teammate out wide. If he passes to that teammate from a central position to the wing, net PV could see it as largely unimpactful or even regressive, given that it moves the ball into a traditionally less threatening area.

But, what if instead of just moving the ball further from goal, that pass opened up space for the open teammate to then play a killer ball himself into the six-yard box? That is where PV facilitated can reward the initial passer.

In short, PV facilitated once again looks at each completed pass. Then, if the recipient of that pass completes a pass of their own within the next five seconds, the initial passer has facilitated the PV of that second pass. Think of it similar to a second assist, except it considers net PV instead of an assist.

So, who are the top facilitators?

Some similar names make up the top of the list, particularly the impressive Pjanić and Messi. There is a bit of shakeup throughout the rest of the side, though. Coutinho looks much better in this regard, and so does Pedri, whose unique skill set is better captured here.

Some players like Dembélé are more active in supplying a dangerous pass themselves than setting it up, and on the other side are those like Pedri, who tend to facilitate things.

Someone who does not quite stand out in either of these first two categories, though, is Sergiño Dest. The American youngster has taken a big step in joining the club and slotting into the troubled right-back role. For the most part, however, Dest seems to be performing very well when he can. The problem is how isolated and forgotten he often gets down that right flank.

Take the most recent match against Huesca. Messi, Pedri, Dembélé, and Alba were all focused on the left-wing, as reflected by their median passing positions. That, plus the overall isolation of Braithwaite up top left the American right-back on an island, with very little chance to make an impact.

This lack of balance becomes an issue in the long run against higher quality, smarter opposition. More of an equilibrium has to be found between the two flanks to keep players involved and keep the defence guessing.

Who receives the most value?

As previously mentioned, different players take up different roles within aside. Some create, some facilitate, some do both, and, for our last category here, some receive.

The ability to carve out space, make effective runs, and get on the end of dangerous passes is extremely valuable. That is the job of a poacher. Of course, it is great when a player can go beyond being just a target for passes and a goal scorer, but it is a critical skill nonetheless. Here is who performs best in that regard based on the net PV of the passes they receive:

Therein lies the value of a smart, willing runner – Martin Braithwaite. The Dane, while limited with his own passing repertoire, has a knack for bursting in behind to get on the end of a through ball or getting into the penalty area for a cutback. Having him as an outlet has proven to be very valuable for creators like Messi, and this backs it up.

Coutinho, Fati, and Trincão show to be far more active receivers than suppliers. It is certainly a positive sign that they have gotten into promising positions. Still, unlike Fati, who was incredibly clinical before his injury, the other two have not done well enough recently to make the most of those situations.

The ability of Pedri to drift into open areas puts him in a solid position here. Given that he has even had minutes in the double pivot and usually drops deeper than those ranking above him, that is quite impressive.

The same applies to Frenkie de Jong. The Dutchman is more impactful with his dribbling and carrying, so he does not stand out as much for passing danger. As seen in his goal against Huesca, though, he can to move forward and get on the end of progressive passes.

In addition to the numbers and rankings, it is also helpful to see what this means in line up form and how it looks in-game. Basically, if one were creating their game plan to come up against Barça, what would they see?

A simple way would be to look at the most common players used in each spot, and examine how the squad distributes its value. This is what that looks like, give or take a few rotating roles in the front four:

Note: Here, the PV values are expressed in percentage form, zero to one-hundred, as opposed to decimal form.

Obviously, Messi is easily identifiable as the danger man. He has the highest net PV and the highest total involvement – net PV of completed passes plus passes received – on average.

Braithwaite stands out too and is clearly a dangerous target. He is the most regressive with his own passing but has to be marked closely given his ability to receive the ball in threatening areas.

Then, de Jong is far more likely to push on in the double pivot and get higher up the pitch while Busquets stays deep. The Dutchman’s receiving value is more than triple that of the Spaniard’s.

Likewise, Alba at left-back is much more involved going forward than his counterpart on the right, Dest. It definitely seems like Alba will be more active in terms of overlapping and getting around the penalty area.

Trends like those are easily identifiable, even in that simple way, but help lead to a greater understanding of the team’s characteristics.

What should be taken away from all of this? The key word would have to be balance.

Messi is still Messi. Despite the frustrations of recent times and the low number of assists on the surface, he is still creating at an incredible rate. But, given the plethora of other attackers at the club, more need to step up and consistently produce to ease the Argentine’s shoulders’ burden.

With Ousmane Dembélé’s output in limited minutes, it seems like he could be a great option. Even in the deeper positions, given Miralem Pjanić’s brilliant production in his time on the pitch, allowing him to play more could be valuable. However, there are still others who far too often lack the vision or bravery when it comes to their creative abilities.

Balance, albeit not a perfect balance, also needs to be found in the use of the full-backs. Of course, Alba should be providing more than twenty-year-old newcomer, Dest, just as Messi should be the focal point of the attack. It is the extent to which the imbalance is occurring which creates issues.

More balance means more space, more time, more unpredictability, and more dynamism in possession. If that can be attained, it would do the squad a world of good.