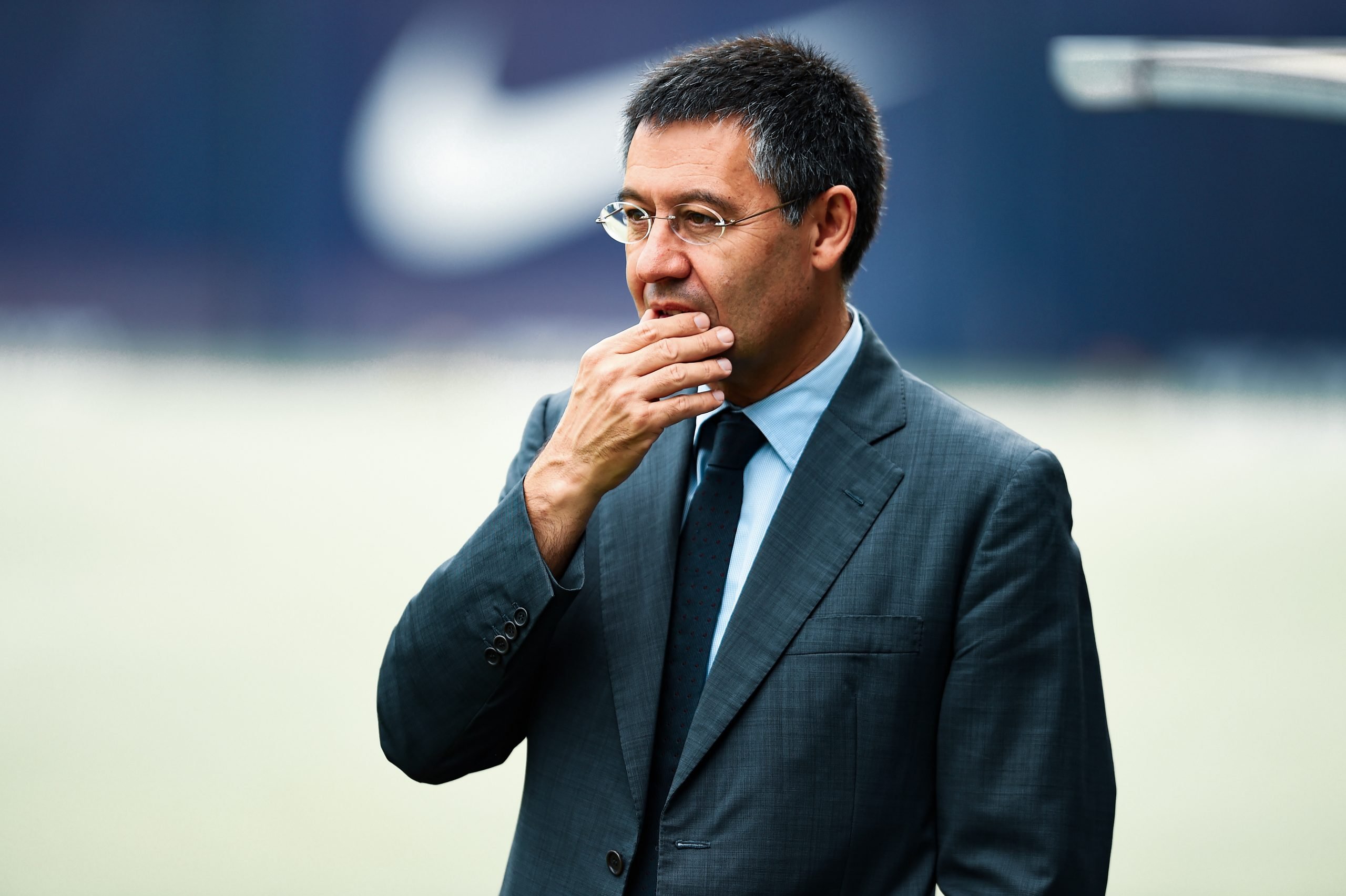 Barcelona was on fire, perhaps still is, but maybe they will rise from the ashes once again. For years, this club has lived off one of its worst eras under the presidency of Josep Maria Bartomeu. The Catalan is a winner on the entrepreneurship scenery, but a huge loser in terms of football.

On the 27th of October 2020, however, Bartomeu announced his resignation, succumbed to the fans’ demands. This resignation has been celebrated by everyone associated with the club, and Culés see it as the only way the club can move forward.

However, were the Catalan fans wrong to want Bartomeu out? Was he really that bad?

Let’s go into some facts. Bartomeu is one of the most decorated Barcelona president alongside Joan Laporta. He won 12 titles since he won the Presidential elections in 2014. Also, under his tenure, Barcelona have gone just trophyless once, which could be excused. That is less than what can be said for Florentino Perez’s Madrid, who have gone twice without winning a single trophy, in 2015 and 2019. But what else?

Bartomeu appointed club legend Luis Enrique, the best manager to have coached under Bartomeu’s tenure. With Lucho in the bag, Bartomeu bet on Luis Suarez, Ivan Rakitic, Claudio Bravo and Marc-André Ter Stegen to get his squad back to the best after a trophyless season. These four signings changed the look of the team in 2014-15. Barcelona won the treble in Bartomeu’s first year as president of the club. La vie en Rose.

Luis Enrique covered a lot of gaping holes in Bartomeu’s administration with the treble. (Photo by Alex Caparros/Getty Images)

After that historical season, Bartomeu’s Barça won a domestic double but went out in the Champions League quarter-finals against Diego Simeone’s robust Atlético Madrid. The 2015-16 season was MSN’s most prolific season, and Barcelona were unfortunate to go out this early in Europe. Also, this season saw Barcelona thrash Real Madrid 4-0 at the Santiago Bernabéu with some of the most magnificent football in club history.

This season also saw La Masia gift yet another talent to the first team with Sergi Roberto stealing the spotlight. The defender was the most versatile player in the squad, replacing an injured Lionel Messi in the El Clasico, and putting on an absolute show. Everyone thought Bartomeu made La Masia bloom and rise from its ashes. Especially when Roberto netted the winner against Paris Saint-Germain in that 6-1 win in 2017.

Oh yes, La Remontada, the game where Barcelona showed their dominance in world football by thrashing PSG 6-1 after a 4-0 drubbing in Paris. Barcelona rose from their ashes and qualified for the next round, even if the odds were against them. Neymar said it: “1% chance, 99% faith.” and fans drank it up like bhang on Holi.

In 2017, Luis Enrique lost the league and received a lot of hate from his fans after the 3-0 dismantling in Turin against Juventus. Enrique’s side came at the end of a stupendous cycle, and the Spain manager admitted it as he left the club due to the pressure.

The same summer, the first vote of no confidence of Bartomeu’s tenure took place as some people spit some ludicrous criticism towards the president. The vote of no confidence failed. Agusti Benedito lost the fight. In fairness, he was always going to lose it because neutrals still recognised Barcelona as a force. This dire season was only a blip, but then things went more south for Barcelona and Bartomeu.

Neymar was fed up. He hated this board but loved his teammates. It can be speculated that he left solely because of the administration of the club, even though during the time a lot of rumours continued to float around. He left a treble-winning side for the team he had just smashed 6-1 four months ago, and his transfer was the first sucker punch the fans received in Bartomeu’s disastrous presidency. Still, the Catalans were in for a ride.

After Enrique came Ernesto Valverde. The Basque manager was a respected figure in Spain. He coached Athletic Club to glory, beating the former Lucho’s side in the 2015 Spanish Super Cup 4-0.

At Camp Nou, though, he had to weather the storm. He still suffered a humbling defeat in the Spanish Super Cup in 2017 against Real Madrid. Even Gerard Piqué, who hates Madrid with all his heart, said that he felt inferior to them for the first time. The fans had to endure that painful loss, and it wasn’t Valverde’s fault.

“In the nine years that I have been here, it is the first time that I feel inferior to Madrid.”

Bartomeu lost one of the best players in the world and had to deal with a lot of deadwood. Nevertheless, he had money to splash on flashy new players. In all fairness, the former president did splash it, but perhaps he splashed too much on the wrong players. While Arda Turan left the club on loan, no one of note left for any significant fee.

Other than Neymar, of course. Bartomeu paid over the odds for Ousmane Dembélé, who got a bad injury in 2017 and didn’t justify his fee. Similarly, Liverpool robbed Barcelona for Philippe Coutinho as the Brazilian looked like a shadow of his Merseyside self. He spent a year on loan in 2019 at Bayern Munich, winning a treble in the process.

Dani Alves, inarguably the greatest right-back of the modern era, also left the club under Bartomeu. His departure stemmed from disrespect from the board, and he promised the club that they will miss him. Eventually, they replaced him with Nelson Semedo, who wasn’t fit to fill in the Brazilian’s boots.

“Was I disrespected by the board of directors before I left the club last summer? Absolutely.”

Dani Alves on his relationship with Bartomeu’s board | Eurosport

Moreover, straying away from the signings, Bartomeu’s board has also destroyed La Masia. What was once Barça’s immense source of youngsters became a laughing stock in Europe. Barcelona received a transfer ban from FIFA for his excessive transfers of minors from outside of Europe.

Additionally, Bartomeu’s board kept giving fake hopes to the youngsters. Many left Camp Nou for the sake of their career, flourishing elsewhere. For example, Adama Traoré left a season after his debut and is now in everyone’s books.

Similarly, Alex Grimaldo, one of the most sought-after full-backs in world football, left Spain on the look-out for better opportunities.

Barcelona’s horrific board also were aces in flustering their most cherished legends. Whether it is Dani Alves, Carles Puyol or more recently, Gerard Piqué, Lionel Messi, and Luis Suarez, these players did not deserve the treatment they got from the board.

Dani Alves led Juventus to a Champions League final after leaving Camp Nou and dumping Barcelona in the quarter-finals. For Messi and Suarez, they got disrespectful treatments for different reasons, but they both held interviews to denounce the board’s doings. Pique called them out as well, not missing a beat in the process.

The Lionel Messi – Josep Bartomeu saga will go down in history. (Photos by LLUIS GENE / AFP)

Nonetheless, let’s never forget the recent dealing to endanger Barcelona’s eligibility as a clean club: The Arthur- MIralem Pjanic swap. This deal is one of the most disgraceful in the history of the game. The fact a board member confirmed the deal was made to balance the books is astonishing and baffling. These deals make Barcelona look evil but, in all fairness, the true evil has a name, in the form of a devil: Josep Maria Bartomeu.

But does the devil even need an advocate? Well, definitely not, no lawyer in the world will be able to defend Bartomeu. The club kept moving in the wrong direction since winning the treble, which was, in the first place what got the Spaniard the job. While it was the highest of highs, the lows were baffling, and for the most part – a lot less than what the club deserved. However, the devil is now gone and football is better for it.