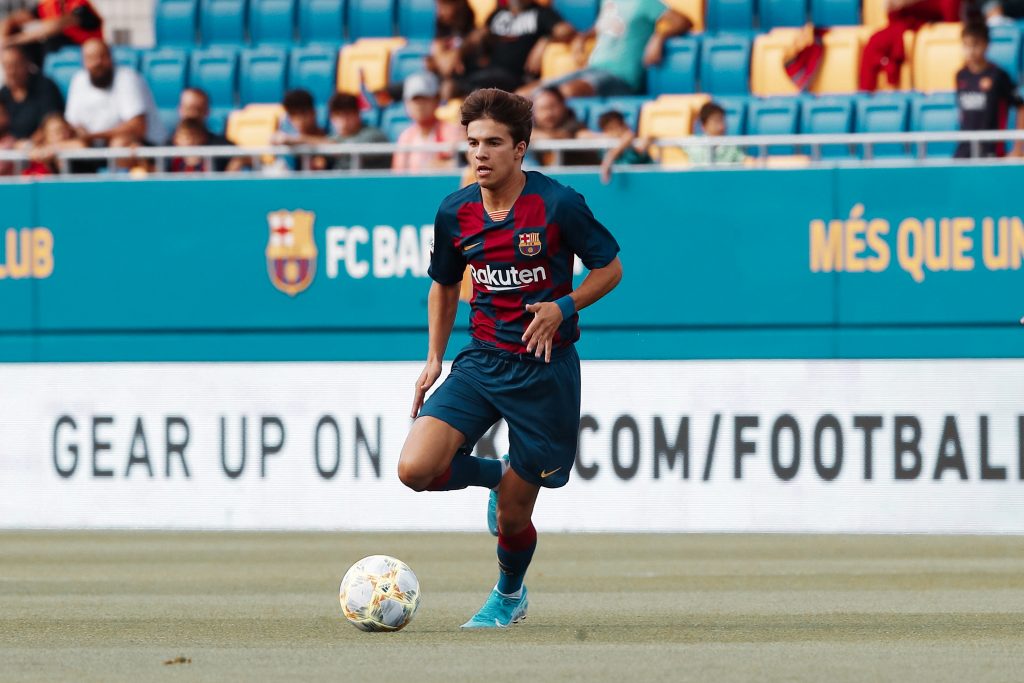 Carles Aleñá and Riqui Puig could be two of the signings from Barça for next season, since both are expected to be in the first team ahead of the 2020/21.

With the coronavirus crisis, added to the board’s already questionable handling of its economic resources, Barcelona will have to pull signings from under the rocks in order to modify its squad. Exchange of players could be an option, with Pjanić and Ndombele linked to the blaugranas in such type of transfers. Footballers out of contract may be in demand too, with Kurzawa apparently wanted by Barça. Another alternative, though, is one that should always apply regardless of the circumstances: exploiting the existing talent in the squad.

Barcelona has, and will always have, extraordinary players. But it’s the use of these what makes the difference. This summer, the Catalans will have to optimise all their quality in order to not suffer economically and sporting wise. This is why the first signings the azulgranas will apparently make are those of footballers who they have at their disposal already. For instance, a few days ago Mundo Deportivo stated that Setién wants Ousmane Dembélé to be Barça’s signing for next campaign. He values the Frenchman and, following his recurring injuries and inconsistent form, Quique plans on handing a fresh new start to Dembélé’s career at the Camp Nou. Ousmane at Barcelona 2.0.

Meanwhile, today SPORT‘s front cover read: ‘Signings: Aleñá and Riqui Puig’. For both financial and sporting matters, the club trusts the two youngsters and wants them to stay in the first team next term. Aleña, returning from his loan at Betis, and Riqui, getting promoted, would be the main additions to Barcelona’s midfield ahead of the 2020/21. This would be the plan to lead the much-needed rejuvenation of the squad, as well as to save some money given that they would obviously be free.

The two La Masía graduates have not been able to enjoy continuity in the senior side so far. The overcrowding in midfield has been one of the reasons behind this. However, veterans like Iván Rakitić and Arturo Vidal could all leave in the next transfer window to make room for the younger generations. Aleñá registered 27 appearances last term with Barcelona’s first team after being promoted from the B, but this campaign he had only managed three starts before going on loan to Betis in January. Riqui Puig only has six official games with the Spanish giants in the past two years combined. But this could change soon, since both could be getting more minutes next season than what they had received until now.

The club values them and wants to give them the chance to fight for their place. Now, though, the board should give Carles and Riqui the opportunity to have important roles. To do that, some players will have to depart. The academy talents should not be left far below in the pecking order, but be given valuable playtime in big and important encounters too. They are ready, and they deserve it. Barça must show conviction and faith in them to lead the revolution the team needs sporting wise, and not use them simply as excuses to save money.