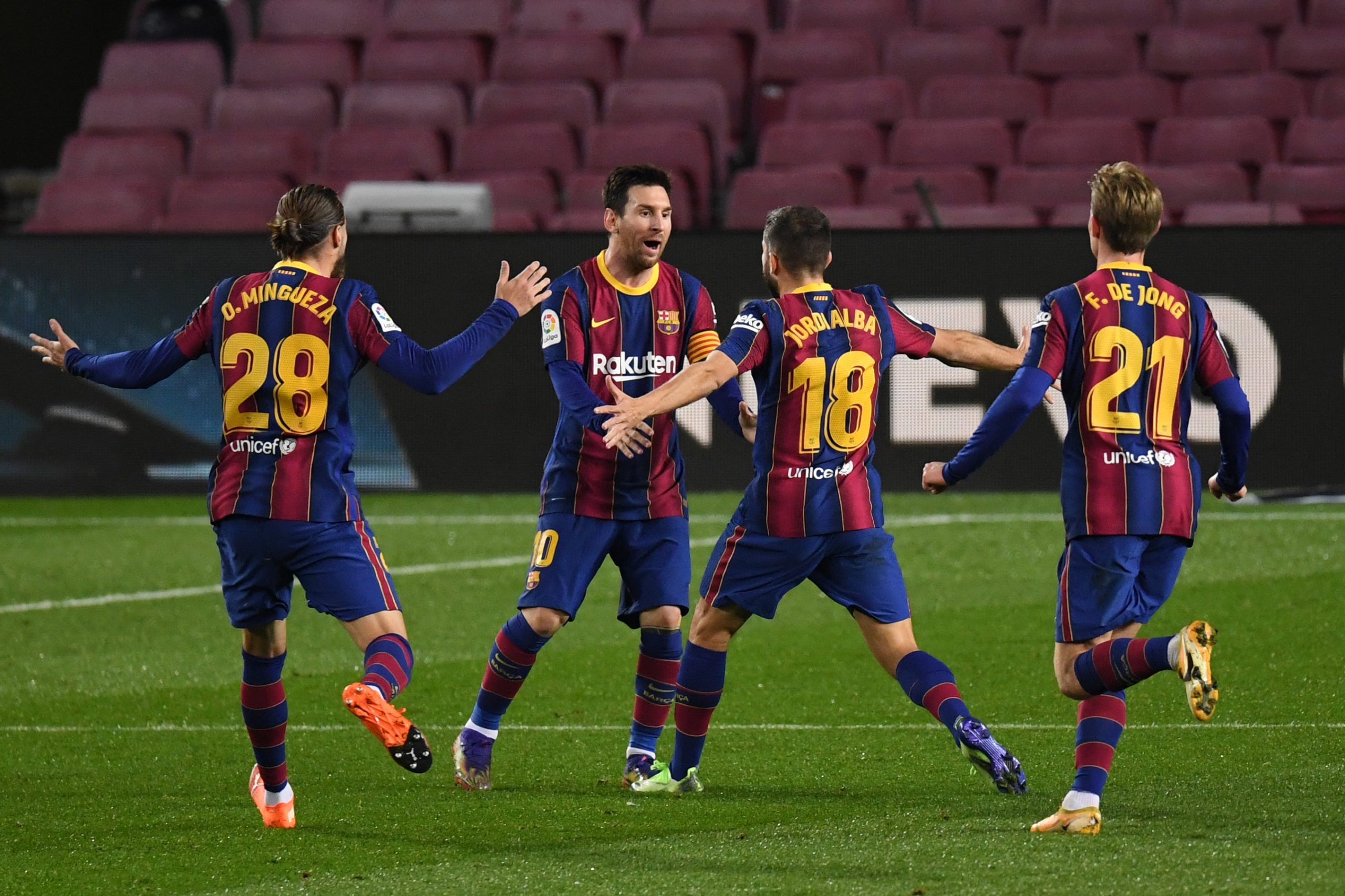 Barcelona came from behind to beat Real Sociedad on Wednesday. Jordi Alba scored a wonderful equalising goal while Pedri made a game-winning clearance, and Ronald Araujo had one of the performances of his career. The three players spoke in the post-match interview.

Alba believes that his team played its best game of the season:

“Today we played against a great team, and we had a desire to win. We knew it was going to be a tough match against one of the best teams this season.

“This was the best game we have played all year long. It’s difficult to play without an audience but the attitude has been very well.”

It has been a tough year for everyone. The club has suffered economically, but also sportively without the fans this year. This comeback is the first one that Barcelona have made since February, and the spirits might be more cheerful at Camp Nou right now.

When asked about his top-notch goal, with all humbleness, the left-back told that his strike came by luck, and that he prefers assists.

“I’m happier when I make key passes and give assists than when I score, but scoring is always great.

“The goal that I scored comes once every 100 shots.”

After the veteran made his points, Pedri had his say. The youngster saved his team from conceding the equaliser with a crucial last-man tackle inside the box. After his intervention, Pedri hit the post and came off for Miralem Pjanic. However, the 18-year-old told that his substitution was not related to the blow and that he would continue playing if it was up to him.

“I’m very happy to help the team. I think the team played a great game today. If we continue playing like this we will get results.

“The sub wasn’t related to the blow. I would have continued running for the team and help if it were up to me.”

Pedri’s challenge means much more than just helping the team. The youngster saved his side and could have gotten a bad injury from hitting the goalpost. Also, the way he tracked back was unbelievable. His mentality is exactly what the Catalan club needs nowadays, and it looks like he has already secured his starting spot under Koeman.

Finally, Ronald Araujo spoke after his brilliant performance. After a month out because of injury, Araujo came back better than ever. This win symbolises the Uruguayan’s importance in the team. The 21-year-old was asked about his experience playing alongside Oscar Mingueza, another La Masia prospect.

“This game was very important. I’m very happy with the win, and what the team has shown.

“Mingueza and I know each other very well from Barça B.”

It looks like the two youngsters will soon become the main centre-back pairing in the future. They replaced Clément Lenglet and Gerard Piqué perfectly. As many have been criticising Barcelona’s transfers lately, La Masia is still key, and that’s where the future is — not in record signings.

As things stand, Real Sociedad are level on points with Atlético Madrid. If Barça win their two games in hand, they will be on the same amount of points as Los Txuri-Urdin. Winning this game against an excellent side, will do a world of good for the Catalan club, especially after falling against Real Madrid, Atlético and Juventus.