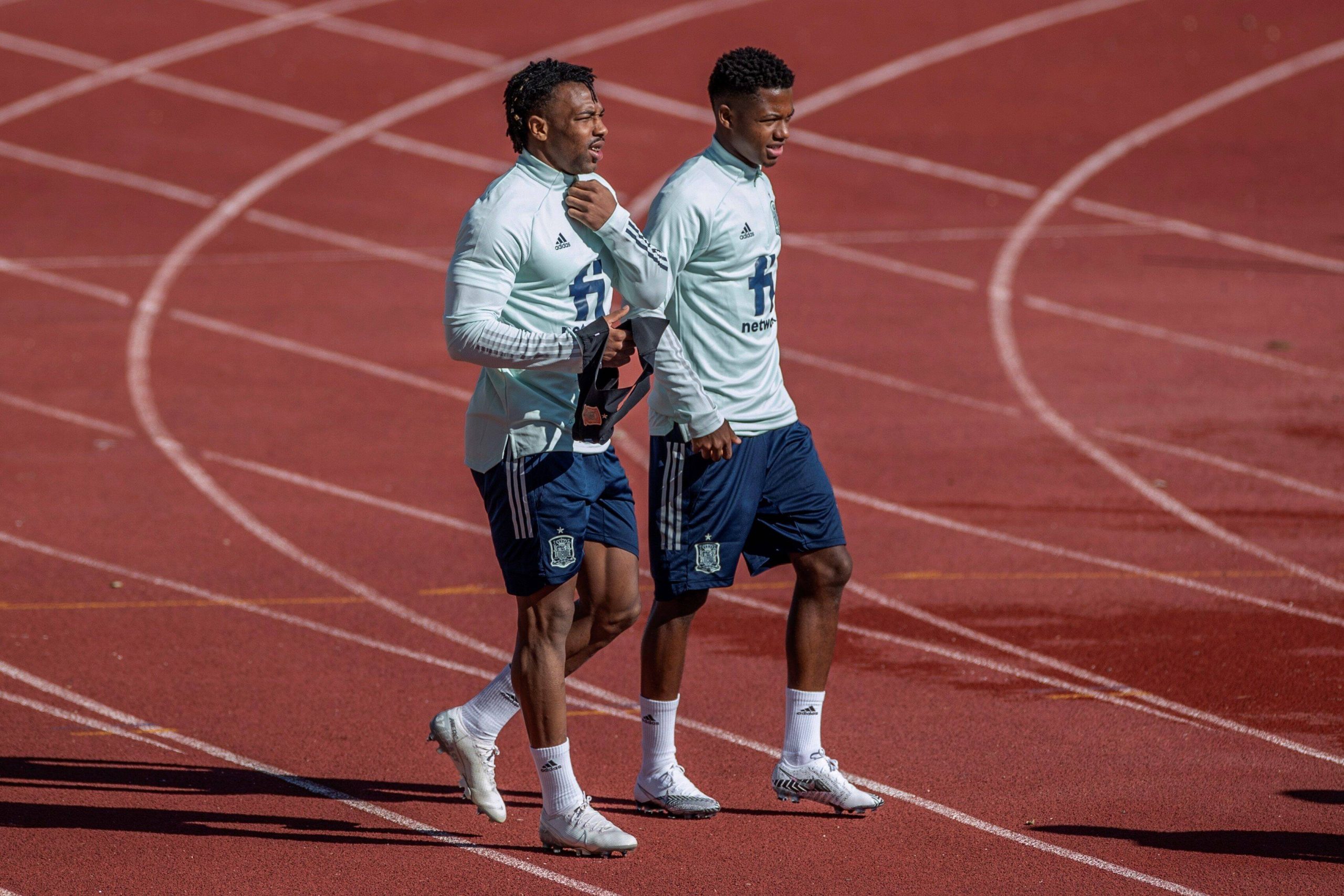 Photo by Rodrigo Jiménez via Imago

From sharing moments in Barcelona to making it into the Spanish National Team. Adama Traoré and Ansu Fati have been included in Luis Enrique’s squad list for the international games. After the goalless draw against Portugal, Adama was asked about his relationship with Fati.

The current Wolves player mentioned that he talks about everything with Ansu. He tries to improve the 17-year-old teenager day after day. Although he is away from the club where he was formed, Traoré remains in contact with many of the players that were sharing moments with him in Catalonia.

“We talk about everything. I have been at the club for a long time. We discussed the things we have gone through together at Barça. If it would be better for Barcelona if I were there playing with him, it’s not my decision. My mentality is to do him better every day.”

ADAMA TRAORÉ ON HIS RELATIONSHIP WITH ANSU FATI

Adama is one of the players who have developed the most in recent years. Although he still has much to learn, his potential rises exponentially every single day. The Wolves’ player is already one of the most important players in his club.

Currently, with all the experience he has acquired in England, and all the talent he has shown, Adama is a player who can help Fati a lot in his mentality and development at an early age. Traoré’s advice will undoubtedly be of great help to one of the most valuable gems that Barça possesses.