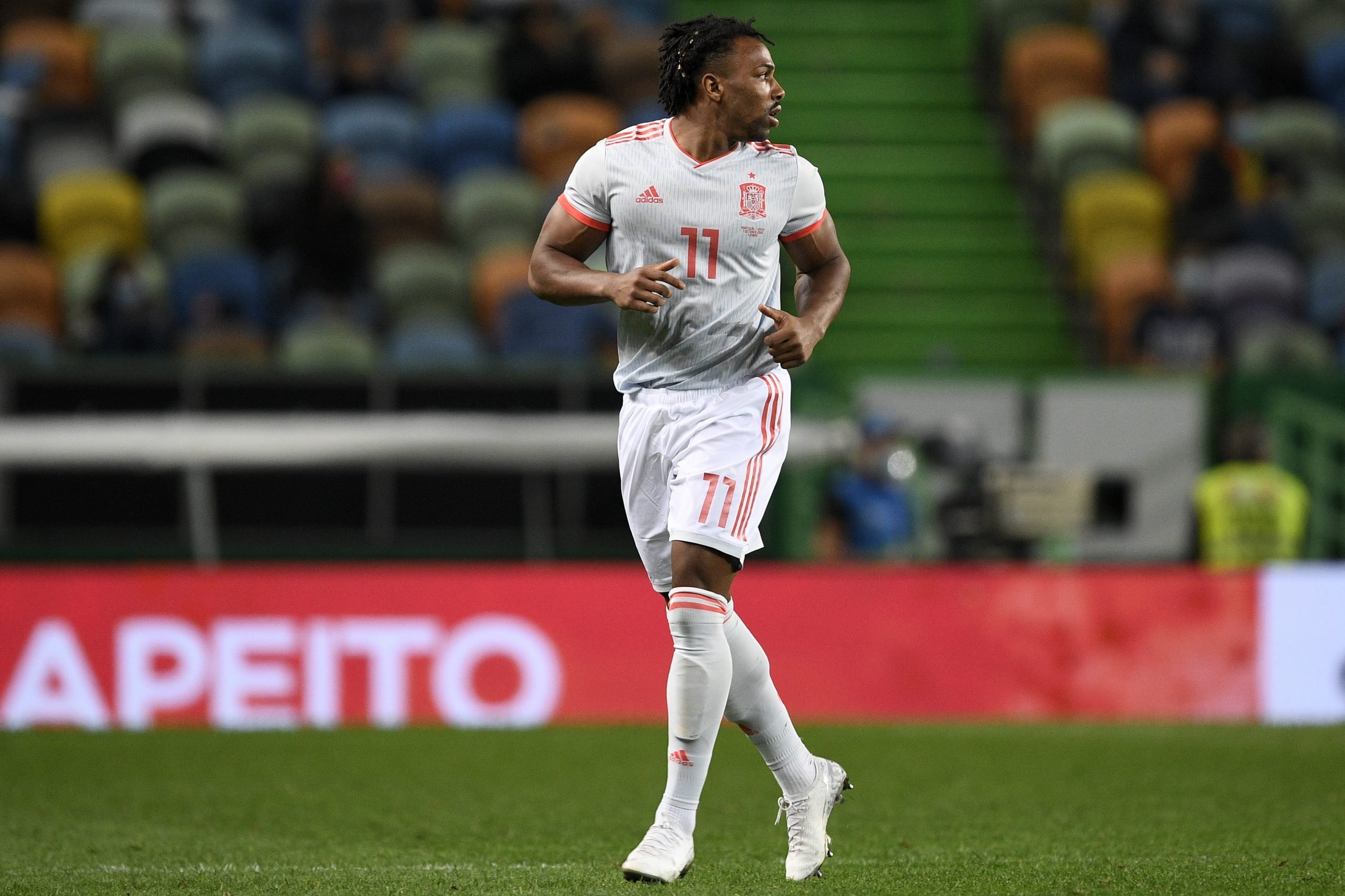 In a recent interview with Cope, Adama Traoré recalled the time he got to spend with Xavi and Iniesta when he was eight, reminiscing his time at Barça and how speaking with Xavi and Iniesta and watching the two legends helped his football a lot. The Spanish international has caught the attention after leaving Camp Nou in 2015 and has now gotten all the attention from the media.

Initially a wing-back in Nuno Esperito Santos’ system, Adama, with two stellar performances against Manchester City, has caught the eye at Wolves, after failed stints at Aston Villa and Middlesbrough. Nowadays, his club values him a lot and put a price tag of 100 million on his head in the summer.

“I remember when I spoke to Xavi and Iniesta when I was eight. Very rarely did we get to see first-team players. Seeing them how they directed and how they taught us things to improve was amazing.”

Having made his debut for Spain, after getting called-up by Mali and the former World Cup champions last week, Adama talked about Xavi and Iniesta, the two legends that legends Barça’s midfield for years. He said that he learned a lot watching them and remembered one time where he talked to them while still being a kid at 8. The winger initially started at Barcelona with his debut coming against Granada in a 4-0 win and his first goal for the Culés against Huesca in the Copa del Rey.