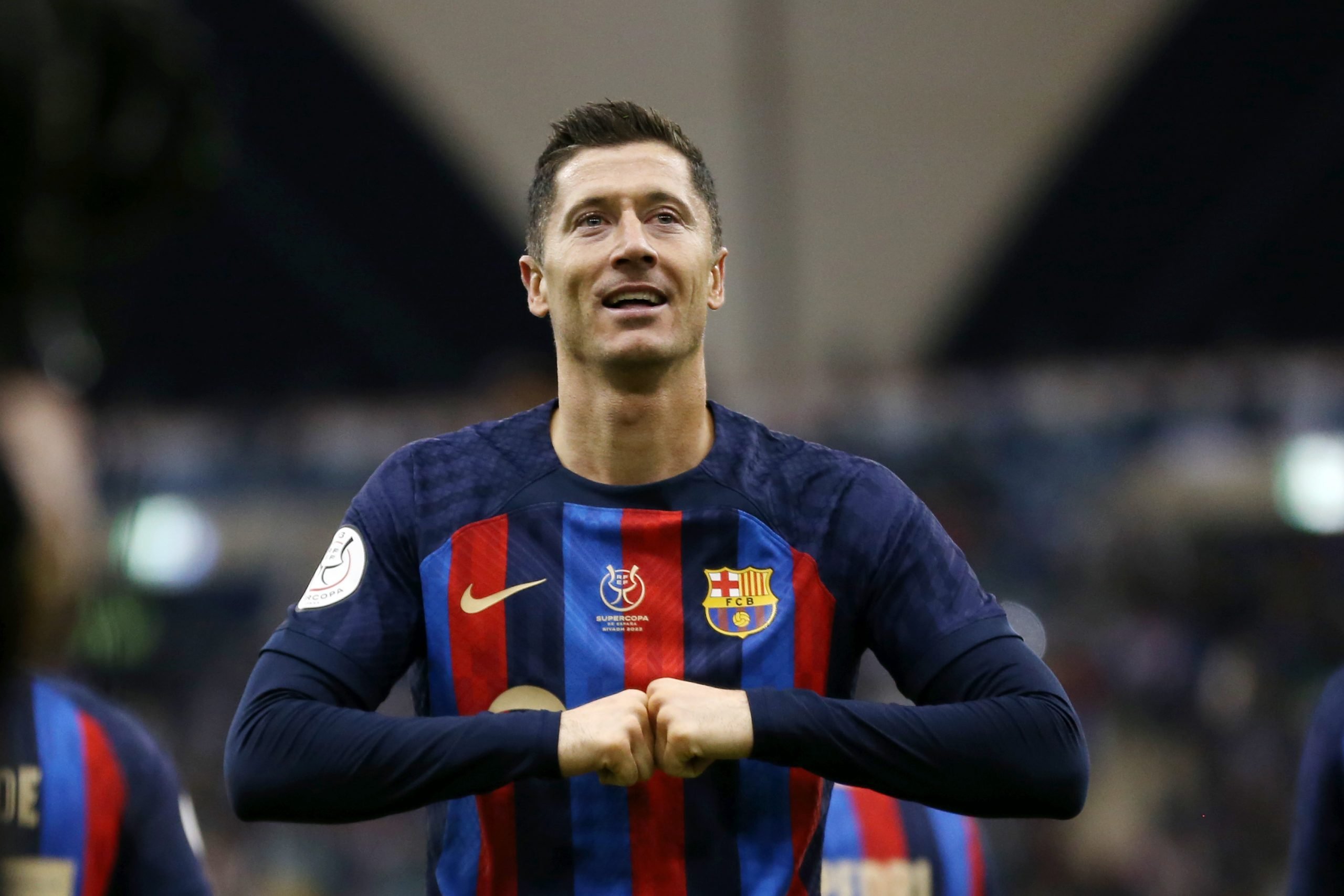 Barcelona were in high spirits as they visited AD Ceuta for the Copa del Rey round of 16 tonight. They were coming off a spectacular win against Real Madrid in the Spanish Super Cup final, with each player looking sharper than ever before this season.

After 40 minutes of toiling, Raphinha opened the scoring for Barça with a superb finish into the bottom corner from the edge of the box. Robert Lewandowski then doubled the lead thanks to an assist from Franck Kessie.

This pretty much opened the floodgates for Ceuta, who ended up conceding three more goals – one each from Ansu Fati and Franck Kessie, before Lewy got his brace.

Barcelona will hope to ride this wave of incredible form and performance as they host Getafe on the weekend.

Mostly untroubled, Inaki did not have to make a single save at all today. He was excellent with his distribution, though, completing 100% of his passes.

Bellerin was solid as a rock at the back tonight, and tracked runners wonderfully. Won five tackles and was not dribbled past a single time.

Understandably a bit rusty initially, but got in the groove quickly. Found the attackers with sensational long passes throughout the game and was quick to read danger between the lines. Eventually got a well-deserved assist at the edge of full-time.

A clean display from Marcos Alonso in central defence. Not too much to write home about, though.

Broke lines with his chipped passes through the 90, but far from his best. Could have had an assist or two had he timed his passes better.

A brilliant performance from Kessie, who was unplayable tonight. Scored one goal and assisted the other two to cap off a perfect display. Barça fans will hope he can maintain this confidence as the schedule gets tougher.

Did a decent job replacing Busquets in defensive midfield. Had some trouble sitting, but his athleticism helped him catch up to attacks.

Not a great first half from Torre, as barely any of his ideas came off. Was hooked at the break.

A goal and assist from the Brazilian, who ran the show from the right-wing tonight. Was confident in his dribbling, smart with his darting runs into the box, and could have had another goal contribution or two.

Suspended for La Liga, but continues to headline Copa del Rey with two brilliant finishes. He also created two chances for his teammates.

Torres’ problems in front of goal continue as he has another game to forget. Just the one shot on target, and no chances created in an hour on the pitch.

Given just 45 minutes to make an impact, and unsurprisingly came through for Barcelona. 100% passes completed, one chance created, and 5/7 duels won. Golden boy.

Fati’s confidence has continued to grow in the last few weeks. Came on at the hour mark, and got on the scoresheet ten minutes later with a well-taken finish into the bottom corner.

Did not have an awful lot to do after bring brought on. Helped maintain the clean sheet.

Lost the ball in a dangerous position, which was swept by Christensen.

Debut tonight. Unfortunately, only touched the ball once.