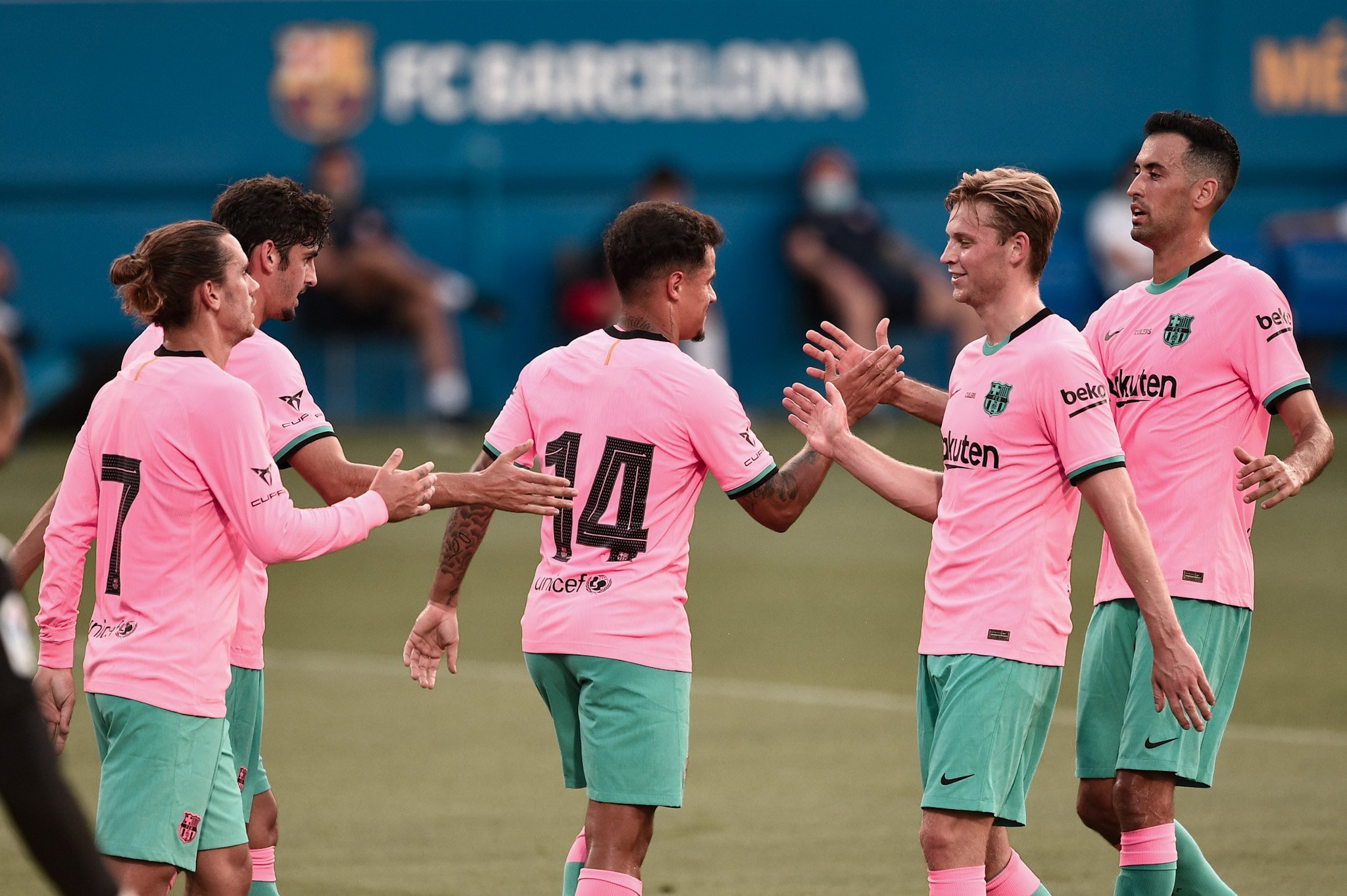 With already two matchdays completed in La Liga, Barça kick off their campaign on the third against the Yellow Submarine. The Catalans begin their title charge under new manager, Ronald Koeman, at the Camp Nou. Here’s the preview of the match between Barcelona and Villarreal.

A new season with a new manager and a partially renewed squad, Barcelona once again try to gloss over the cracks of the previous disappointing season for the third time in a row. In a bid to reduce the overarching wage bill, Barcelona have let go of some of their top-earning veterans for peanuts. Ivan Rakitić, Arturo Vidal, and Luis Suárez have left the club almost for free with significant earnings on the sale of Nelson Semedo.

Apart from the already agreed transfers and players returning from loan, Barça are yet to complete a signing this window. They are unlikely to do so before the start of the game for the player to be eligible to play. While the numbers in attack and midfield are overwhelming, albeit the absence of different profiles, the defence remains understaffed and underwhelming.

In contrast to Barcelona, their visitors have built upon their successful season by backing their new manager with excellent signings. Villarreal have dealt with the departures of several key players and have replaced them economically and efficiently.

With an unusually short pre-season, both the new managers have had little time to implement their ideas and stamp their authority on the team. Will be an intriguing matchup considering that the match is at Camp Nou but without the fans.

Ronald Koeman has made it clear with the three pre-season games that 4-2-3-1 is the way forward under his stewardship. The Dutchman has been straightforward with the players about his plans. He has also stated that he intends to field the players in their best positions as much as possible. So, both Frenkie de Jong and Antonie Griezmann will likely get their favoured spots.

The shift to the new formation has its pros and cons. The Mediapunta role benefits some of the central players of the squad to have more authority in the attack. But, with one less man in midfield and the double-pivot being flat ends in the defence reeling if the opponents break the first press to counter. Koeman must find a solution to this before stronger sides in La Liga exploit Barça in this regard.

The Catalans are without the services of Marc-André ter Stegen who is out till October with Neto filling in between the sticks. Martin Braithwaite is also out with a minor injury. The defence has further weakened with no proper right back in the squad ending in Sergi Roberto once again filling in. Samuel Umtiti situation is still unclear with the club keen to offload the injury-prone Frenchman.

Unai Emery’s Villarreal have already played two games this season drawing one and winning another. Despite a successful last season, Javier Calleja was relieved of his duties, which was quite vague. But, they have appointed a more experienced and a proven winner in Emery and backed him with the players. On paper, they look like a team to keep an eye on this season in La Liga.

Emery has changed the system to a 4-4-2 with new signings Dani Parejo and Francis Coquelin slotting in the midfield. Chukwueze and Moi Gomez flank the two with the impressive Gerard Moreno and Paco Alcacer upfront. New signing Pervis Estupiñán might fill in at left-back after earning the move with an excellent debut season in La Liga.

Last season’s Zarra trophy winner Moreno has hit the ground running with two goals in two games. Dani Parejo is trying to adjust to new surroundings in Villarreal after almost spending his entire senior career at Valencia. The experienced Raul Albiol is a doubt for the clash with a broken nose. Still unbeaten under Emery, the Yellow Submarine would love to extend the run and make a dent to the host’s start to the campaign.

• Barcelona have won their last 10 home matches against Villarreal in all competitions.

• Barcelona are undefeated in 11 of their last 12 matches (LaLiga).

• Barcelona have scored at least 2 goals in their last 10 home matches against Villarreal in all competitions.

Barcelona’s and Ronald Koeman’s first official game of the season is far from easy. Villarreal are a top side in the Spanish top flight, and a positive result in this game could set them in the right path. While the defence still seems precarious, the attack has improved and might be enough to get them over the line in this game. The writer’s prediction: 3-1 win for the Catalans.