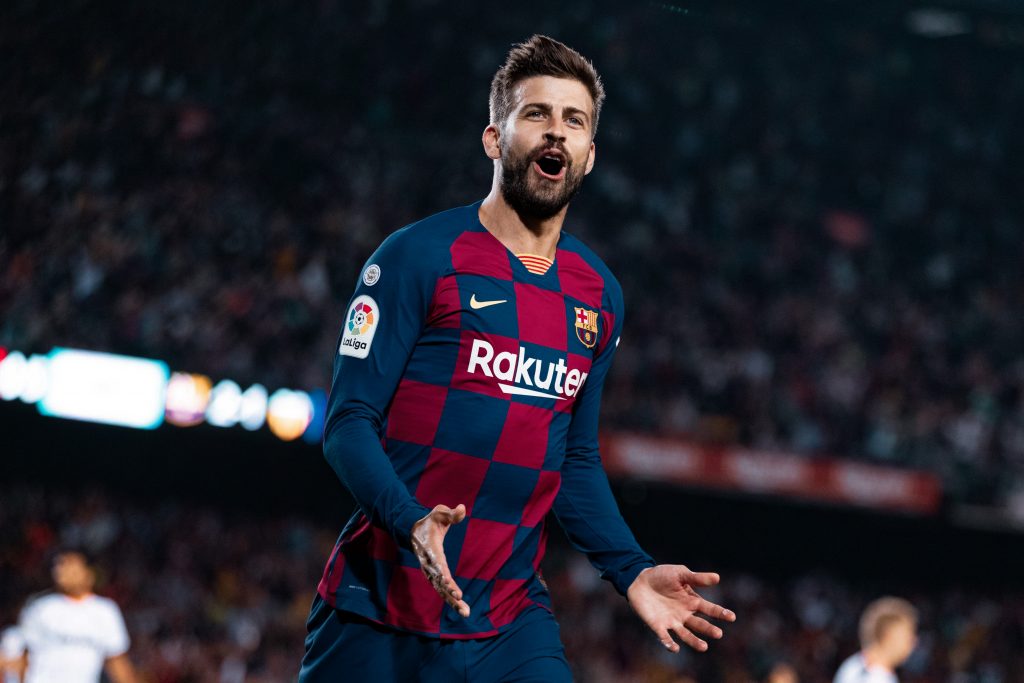 While the offensive game continues to leave much to be desired, the form of the Barcelona defence has been much improved lately with a fifth straight clean sheet.

Barcelona got back to winning ways by beating Athletic Club by a single goal. Although that wasn’t enough to reclaim that top spot as Real Madrid also won their game, there is one aspect that manager Quique Setién will be proud of. The Catalans’ defensive record has been perfect lately with clean sheets in the last five games.

La Liga’s nail-biting title race continues to deliver the thrills, with both Barça and Real Madrid picking up wins on matchday 31. While the azulgranas sit at second place on head-to-head, they won’t be particularly unhappy with the entirety of their performances. Although from an attacking perspective, the movement, build-up play and midfield seem to be a bit static, the defence is resolute. With shutouts in the last five matches, the defending champions have improved massively on the area that required attention.

Unlike previous seasons, Barcelona don’t have the best defensive records. They have been letting in sloppy goals both under former manager Ernesto Valverde and in the early periods under Setién. Lapses of concentration at the back have proven to be costly, with the Catalans conceding 31 goals this season, ten more than Real Madrid.

After being very vulnerable for most of the season, the defence of Barcelona has improved greatly in recent matches | Photo by Alejandro García via Imago

Although 31 seems to be unreasonable to criticise because, in reality, it isn’t that bad, the fans know that the team must do better. In the early stages of the season, centre-back Gerard Piqué was seen to lose focus on football and was involving himself in his off-pitch endeavours. Barça clearly lacked a source of leadership and solidity, with the veteran making errors that cost them points. Furthermore, Samuel Umtiti’s injury troubles continued to hinder the overall defensive options.

It’s during that period that Clément Lenglet stepped up and single-handedly controlled the backline. The Frenchman was covering for the mistakes that the remaining defenders made. He remained focussed throughout every clash and was crucial in helping Barcelona get through that stage alongside Marc-André ter Stegen.

What has improved in the Barcelona defence?

Barcelona seem to have come a long way from those days of defensive anomalies. The current form at the back makes it look like Nélson Semedo’s lapse of concentration in the Clásico happened a long time ago. However, in reality, it has been only five games since they lost to Real Madrid.

The lockdown which brought an unprecedented halt to football has helped Quique Setién in regrouping with the backroom staff. The way things were going before the break, it seemed like there wasn’t going to be an end to Barça’s defensive woes until signings were made.

But Setién has managed to turn things around with the existing personnel. Along with their final game before the lockdown, which was a 1–0 win over then in-form Real Sociedad, Barcelona has shown a defensive resolve for the past five fixtures. They followed it up with clean sheets against RCD Mallorca, CD Leganés, Sevilla and Athletic Club, with the latter two being in decent form.

Nevertheless, the question remains unanswered: what has Setién actually improved? For starters, we know that his team has sturdy, intelligent, and capable defenders. They have a proven record of being a steadfast backline and were unbreachable on numerous occasions in the past. Barcelona’s defensive struggles pertained more to the mental perspective rather than technical.

These defenders needed time to regain confidence in themselves. Training sessions that boosted their overall fitness and time to reflect over the season must have helped them massively. And that is why we have been seeing Gerard Piqué pitch in excellent performances at the back since the restart. He seems to have regained his mojo and has received praise from the entirety of the blaugrana fanbase. Semedo, who was tipped to leave at the end of the season, also had a good display against Sevilla.

Since the restart, it is the midfield what has been shaky, which is understandable. It’s not easy to get going after months without football. Still, at this moment, there is a need to get results even if it’s not in the prettiest manners. The Barcelona side that we saw before the lockdown would have faltered against Sevilla, which proves to be the only game they haven’t won since the restart. In an encounter where the midfield was lacklustre, it’s easy to lose focus and throw the game away. Even so, that was not the case, and one can look at the bright side and say that the culés gained a point instead of saying that they dropped two.

Even though Real Madrid have their destiny in their hands, it’s fair to say that, at some point, they will falter. With games coming at a rapid pace, it won’t be easy for both sides to win every match from hereon. Barcelona actually wouldn’t mind being the chasers for a change, as they can put pressure on their rivals instead of facing the stress of holding the top spot. Both Madrid and Barça have challenging fixtures ahead, but what must be noted is that the latter’s defensive organisation is currently much better.

Los Blancos‘ attacking output has been excellent since the restart. That said, they have had shaky moments at the back and can be called as lucky to have only conceded two goals in their last four meetings. For Barcelona, the aim must be to continue to deliver the same defensive displays while simultaneously improving on their overall build-up. They can’t waste time worrying over a mere head-to-head lead and must remain focussed on getting wins and putting the pressure on Madrid.

Opposed to Barcelona, Real Madrid’s attack has improved but their defence has worsened after the break | Photo by Ángel Martínez via Getty Images

At some point, Zinedine Zidane’s side will slip because of their defensive question marks, and Barça must be ready to pounce back to the top. Even if it goes till the final matchday, they must ensure that their backline continues to be at top shape. After all, it only takes one lapse from either side to shift the course of the title. Setién, his backroom staff, and the fans might not entirely be happy with the recent performances. But collectively, everybody must be pleased with the form at the back.

The famous saying “attack wins you games, defence wins you titles” must be recollected at all times. The massive improvement of the backline at this crucial stage of the season is bound to pay the dividends.