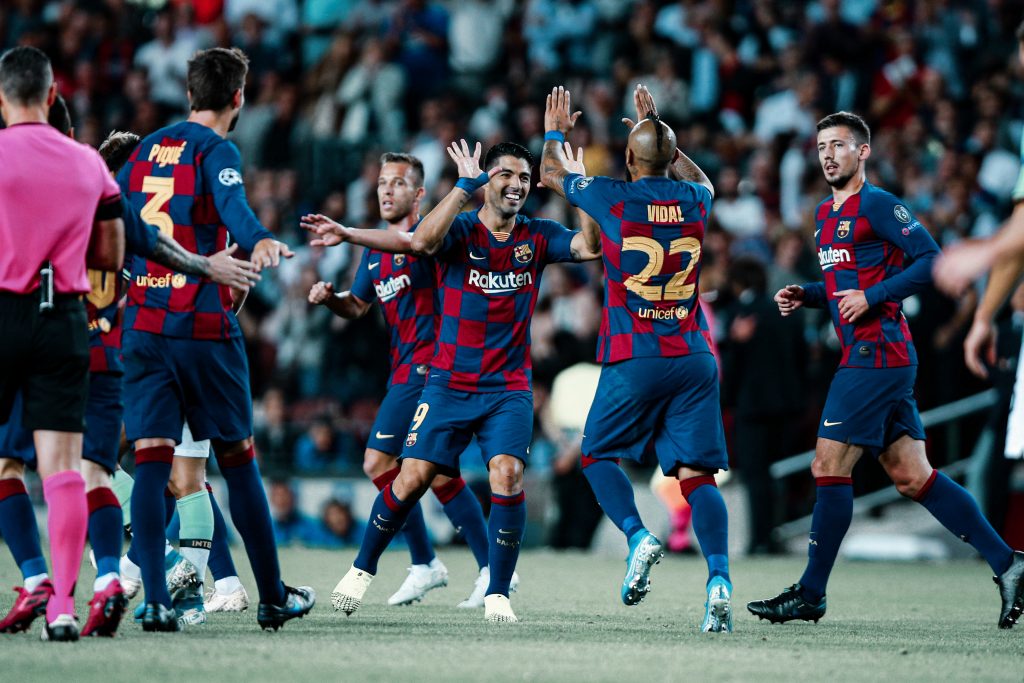 As the world prepares for the new format of the Champions League, the players of FC Barcelona work hard to earn their ticket to Lisbon. With such massive changes in the latest edition of the continental contest, how should Barcelona tackle this new-looking competition?

The Champions League is back! The constant craving for the crème de la crème of football is one of the few addictions needing no rehabilitation. The prestigious tournament produces night after night of unforgettable football and seldom, if ever, disappoints.

This season too, all seemed to be going on track. The month of March promised some delicious encounters. And the promise was delivered with the elimination of some heavyweights like Borrusia Dortmund and last season’s finalists Tottenham Hotspurs. The curtains of the matchday were drawn after a truly entrancing night at Anfield where an inspired performance by Atlético de Madrid saw the reigning champions Liverpool eliminated at their own den.

Soon after, however, calamity struck, and it was decided that the continuation of the tournament would not be in any party’s benefit.

The wait since has been ridiculously long. Four and a half months later, the world once again looks at its calendars patiently. Just four nights remain till the glorious anthem once again enchants us. More importantly, just five more nights till the glamorous Camp Nou once again sees its warriors walk out on to the grasses as the Champions League anthem cloaks the air around them.

A novel format of the Champions League

While the globe still fights the war it has been involved in and reels in state of emergency, it is only because of the commendable collaborated efforts of the UEFA and the national football associations that we see the Champions League return. It would still be absurd to expect the event to be conducted with complete normalcy. In lieu of this, there have been several changes in the format of the tournament.

1. Except for the remaining round of 16 fixtures, the city of Lisbon, Portugal, will play host for the rest of the tournament

2. The quarter-finals and semi-finals will now take place as single-leg ties

3. Each side can make a total of five substitutions at three points in the game

4. The match sheet for every team can now have 23 players as opposed to the earlier 18

Barcelona have their work cut out for them

In the most optimistic view, with this new Champions League format Barcelona are now just four wins away from the grandest silverware in European football. Regardless, it would mean that the Catalans would need to drop four masterclasses for that rosy scenario. If the last few weeks of the league season is anything to go by, the road seems to be a rather challenging one.

The team has shown brilliance in flashes but consistency has largely lacked. Lack of cohesion, shattering bridges between the coach, players and the board and injuries to a large extent held the team back from what could have been.

Standing in the between the blauganas and the trophy, however, are some of Europes top pedigree sides. The Spanish club finds itself pitted in the same side of the draw as Manchester City, Real Madrid, Juventus and Bayern Munich. But at the end of the day, this is the UEFA Champions League, and there is no place for excuses. Irrespective of the opposition, the team that can drop 360 minutes of flawless football will be the deserving winner.

“So close, yet so far” is the mood in every camp, so too in Quique Setién’s camp. Being the best mandates beating the best, the tournament this time around is nothing short of a tightrope. A single mistake is enough to knock the team out, so is a minor lapse in concentration.

The crux of the matter is that Barcelona have often shown an inability to hold their nerve at crucial moments. It has been on display at Rome, Anfield, against Athletic Club in the Copa del Rey, Atlético de Madrid in the Supercopa and Celta de Vigo in the league. The lack of consistency in addition to the poor mentality will certainly throw the culés into the deep end. Nevertheless, what has a man got to lose in dreaming! 360 minutes is as close as Barcelona have been to the silverware in recent years.

A new approach is needed to this season’s Champions League

We have seen it once, twice and over and over again. The ideology of playing the seniormost XI just fails at such crux situations. A plethora of reasons are responsible for this, not just the poor mentality. Inability to dominate physicality, inefficient tracking back, sudden lapses in concentration and a generalised lethargy in the play all have their contributions. This year around when the stakes are so high, it would be ideal of Quique Setién to turn towards some of the less experienced members of the squad that promise grit, pace and commitment to winning the ball back.

With Samuel Umtiti and Ronald Araújo out injured, Barcelona’s defence is in dire straits. A depleted midfield for the clash against Napoli hopefully promises a chance for the likes of Riqui Puig to show he is ready to start these crucial games. Lionel Messi is just one yellow card away from missing a potential quarter-final against Bayern Munich. Luis Suárez‘s struggles in Europe are well documented, and Setién must not hesitate to use a substitution for the same in the event of a loose performance.

The approach to a knockout match is far different from a game over two legs. 10 minutes of mayhem can undo 80 minutes of good football. In such a situation, substitutions become all the more important. Lack of experience can not be an excuse to avoid playing talented youngsters like Ansu Fati and Riqui Puig. At the same time, player power can not be an excuse for senior players dropping disaster classes and still staying on the field.

The Champions League must not be played in the hope of individual brilliance seeing the team through. Nothing less than a coordinated approach from both the players and the manager will suffice. It will require a Herculean effort, but not something beyond the capability of this squad. The introspection after the La Liga loss ought to have brought out a renewed fire in the players. And every small spark will be monumental for this journey that starts on the 8th of August and that Barça fans hope culminates on the 23rd of the month.