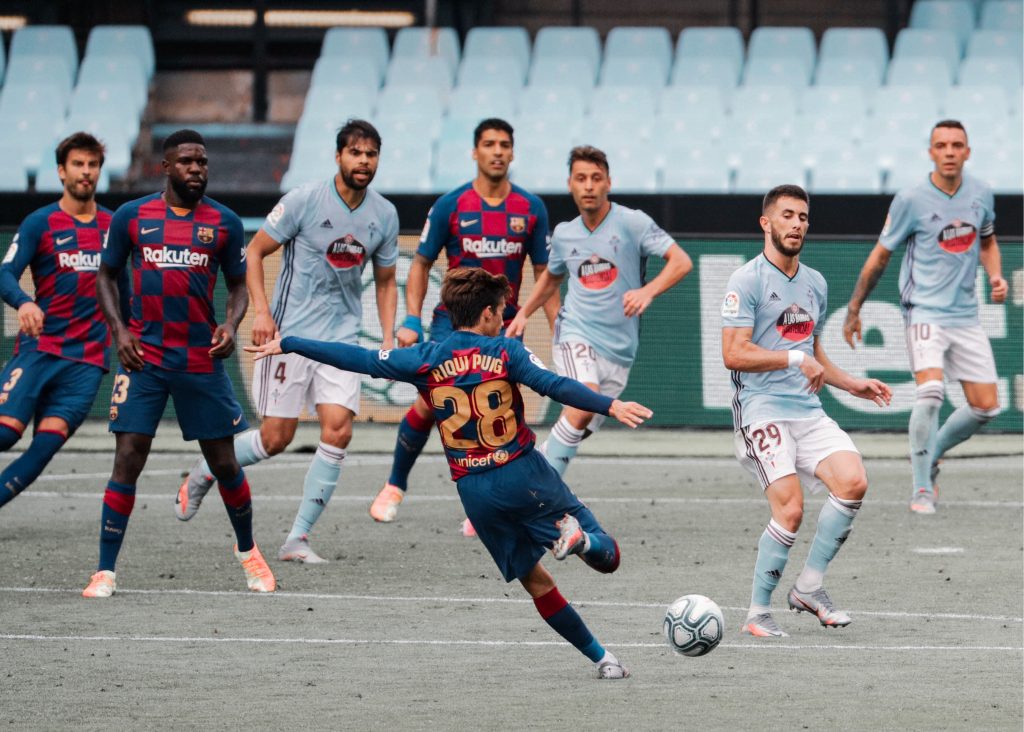 Frenkie de Jong and Sergi Roberto’s injuries already leave Quique Setién with two less options in midfield. And after the melodrama of Arthur Melo’s unfortunate transfer saga, can he really be expected to perform at full throttle?

If anyone thought there would be a stage in the season when Barcelona would fall short on midfield options, they would certainly have been tagged crazy. The squad was stacked with players of the highest calibre: Sergio Busquets, Frenkie de Jong, Arthur Melo, Iván Rakitić, Arturo Vidal, Carles Aleñá, Riqui Puig and Sergi Roberto all battling it out for the three spots in the XI. However, after some monumental mismanagement and some unfortunate injuries in this packed schedule, the club finds itself in a rather queer position with an acute shortage of midfielders.

The depletion of options all started with the loan move of Carles Aleñá to Real Betis in January. It was a positive move for the development of Aleñá, and not necessarily considered a mismanagement. Presently, though, Frenkie de Jong and Sergi Roberto find themselves sidelined for an unknown duration and the biggest blow comes in the form of Arthur Melo‘s horribly managed transfer saga.

Transfers towards the end of June are nothing new, generally bearing no ramification on the performance of the player for the club. But in an unprecedented situation, the moves are taking place before the cessation of the previous season. It is no secret that Arthur Melo was not open to this transfer, and it wouldn’t be an exaggeration to say that he was forced out of the club for economical reasons.

“It could be a good moment for Riqui with the absences of important players. He also had chances before, but these are things we’re looking at on a day to day basis based on training and the games we have”

Quique Setién
before the Celta game

Keeping in mind the rash nature of this deal where the player was pushed out against his will, it is natural to expect him to be in an agitated state. After all that he has been through, can we really expect the Brazilian to perform with the same enthusiasm? He has got nothing to play for, and nothing to prove. It is actually in his interest to play less so that he doesn’t get injured before he moves to Italy next season. Even though he will be at the club till August, it would be too much to expect him to play with complete motivation.

All of a sudden, the Catalans find themselves four men down in the midfield. The only other players available are Rakitić, Vidal, Busquets and Riqui Puig out of which the first two are just one yellow away from suspensions. With games coming hard and fast, rotation is an absolute necessity, but now there are no options to rotate either. Indeed, this is a rather perplexing situation for manager Quique Setién until the return of the two injured footballers.

The one positive away from all this mess is that Iván Rakitić has well and truly stepped up. His performance against Celta de Vigo was sensational once again, keeping his hot run of good form going. He showed that he can play the defensive midfield role perfectly, giving the coach a part of the solution to this problem.

The omnipresent Sergio Busquets will be back from suspension and available for selection against Atlético de Madrid. He will certainly have a key role to play in the next few games given the deficiency of alternatives. Arturo Vidal too will undoubtedly find himself starting more matches. His energy and athleticism provides a much-needed spark of disorganisation to Barcelona’s predictable play. The issue, however, is that the three of them find themselves on the wrong side of 30. Playing them full the full 90 minutes in back-to-back games is not the best of ideas.

The situation, though, has opened the doors wide open for Riqui Puig to announce his grand entry to the first team. His impressive showing against Athletic Club de Bilbao and Celta can definitely not go unnoticed. This is the time for him to step up and seal that first-team spot for the upcoming season. But given the shortage of options, is this the time finally for Setién to trust the other La Masía players too? Álex Collado and Monchu have been on the bench for a long time, and maybe finally we could see them get a few minutes here and there when the senior players need rest.

With the title race slowly going out of hand, Quique Setién needs to play his cards right. A combination of gala XI and rotations is absolutely the key. The period till the return of Frenkie de Jong and Sergi Roberto is indeed a tricky one, but let’s hope it does good to the younger crop of players.