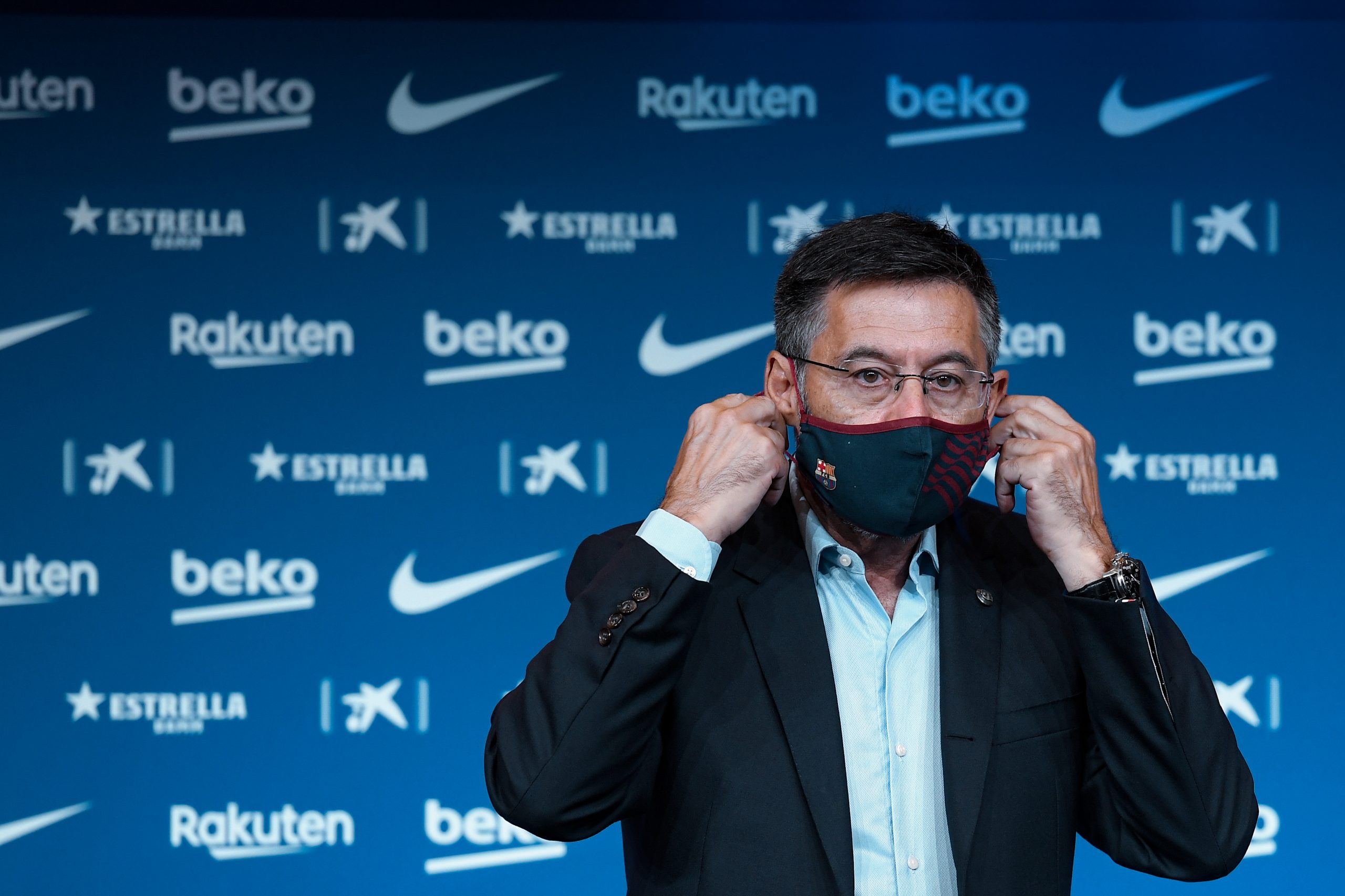 At this moment, all the information we search for about FC Barcelona is related to two individuals: Lionel Messi and Josep Maria Bartomeu. The captain and the president, two pillars in the matter of the hierarchies of the club, but that right now are in a delicate strategic battle which could result in a game over if someone makes a bad move.

Every hour that passes there is new information about the Lionel Messi saga and the entire blaugrana entity is anxious about the fate of the Argentine star. To put the situation into context, reliable reports have emerged in recent days assuring that Messi no longer trusts the board’s plans as they do not have a winning project, obviously also influenced by the team’s results in recent years and following an embarrassing 2–8 loss against Bayern Munich. As a result, with Josep Maria Bartomeu being the main person in charge of the club’s current project, a delicate atmosphere has been generated between the captain and president of Barça.

To understand the situation more fully, we must go back to when Sandro Rosell won the elections to be president of the club in 2010, being on the same side of the coin as Bartomeu. These board members, supported by the media and the Grupo Godó that manages local newspaper Mundo Deportivo, have tried to destroy any symbol of the so-called Cruyffism that has existed in the institution.

Since the arrival of Sandro Rosell, and later Bartomeu in 2015, they have received rejections from Barça legends such as Johan Cruyff, Carles Puyol, Pep Guardiola, Dani Alves and Xavi Hernández, among others. Yet there was a player who seemed impossible for Bartomeu to earn the rejection of: Lionel Messi. However, it seems like it was not enough to be rejected by the best coach in the world or the most prominent ideology in history, but they also made the best player ever want to leave the club.

After such big names in Barça’s history turned their back to the current board, Messi’s departure is putting the entire culé community against Bartomeu. Messi is the untouchable figure of the institution and if he wants to go, it can only be because the board has crossed a limit. To escape from such critiques, though, from now on the Barcelona president will do everything possible to once again get away with it, as he has done without showing his face and blaming Luis Enrique, Ernesto Valverde, Quique Setién or the many board members he has fired or have left the club.

Nonetheless, it will not be an easy task to win a battle against a figure that goes beyond this sport like Lionel Messi. Thus, Bartomeu, clever only for his own interest, has continued with a very calculative and elaborated strategy by telling local journalists the following: if Messi publicly expresses that he will stay if Bartomeu resigns, then Bartomeu will resign in order to make Messi stay.

This chess move would make Bartomeu be seen as the victim of this whole situation if Leo ended up leaving the club, but also as the hero if Messi stayed. At present, if Messi publicly expresses that he wants Bartomeu out of the club, Bartomeu will resign and Messi will stay, but then Bartomeu would have his image cleansed by being the man who sacrificed himself so that the best player in history could stay.

Moreover, what this would do is to confirm to the media that Messi is a kind of dictator in Barcelona, making it look like he commands the club and that he can do whatever he wants, something that would undoubtedly stain the image of the Argentine in an abysmal way. In the same way, what Messi hates and dislikes as nothing else would happen: the world believing that he is the true dictator of the team. In some ways, La Pulga has his hands tied in an uncomfortable situation for him.

On the other hand, if Messi completely ignores Bartomeu’s message, he would leave the club as the player who was not able to change Barça’s course when he had that power to do so, and Bartomeu would end up looking like the victim who did everything possible to retain the number 10. In any situation, Bartomeu wins and Messi loses to the local and national media, with the big newspapers all supporting Bartomeu.

Furthermore, if Messi publicly demands for Bartomeu to resign, nothing will really change. The board will be on the same side, with a new president but from the same board. In other words, Bartomeu would continue to have power without being president, making the decisions behind the scenes. In theory, there would be no elections until March, as planned, and Barça would not have a new board until 2021. That is why it is difficult for Messi to accept that move, but in the same way, he could not accept not making it.

Messi is not a person that makes bad decisions. If he wants to leave the club it is because he has already thought about it for a long time, so his decision may be irrevocable. Notwithstanding, the Argentine will have to make a move if he wants to leave Catalonia, because if he does in this situation, Bartomeu will still win. The ball is in Messi’s court to make his next smart step in this complex and sensitive game of chess.