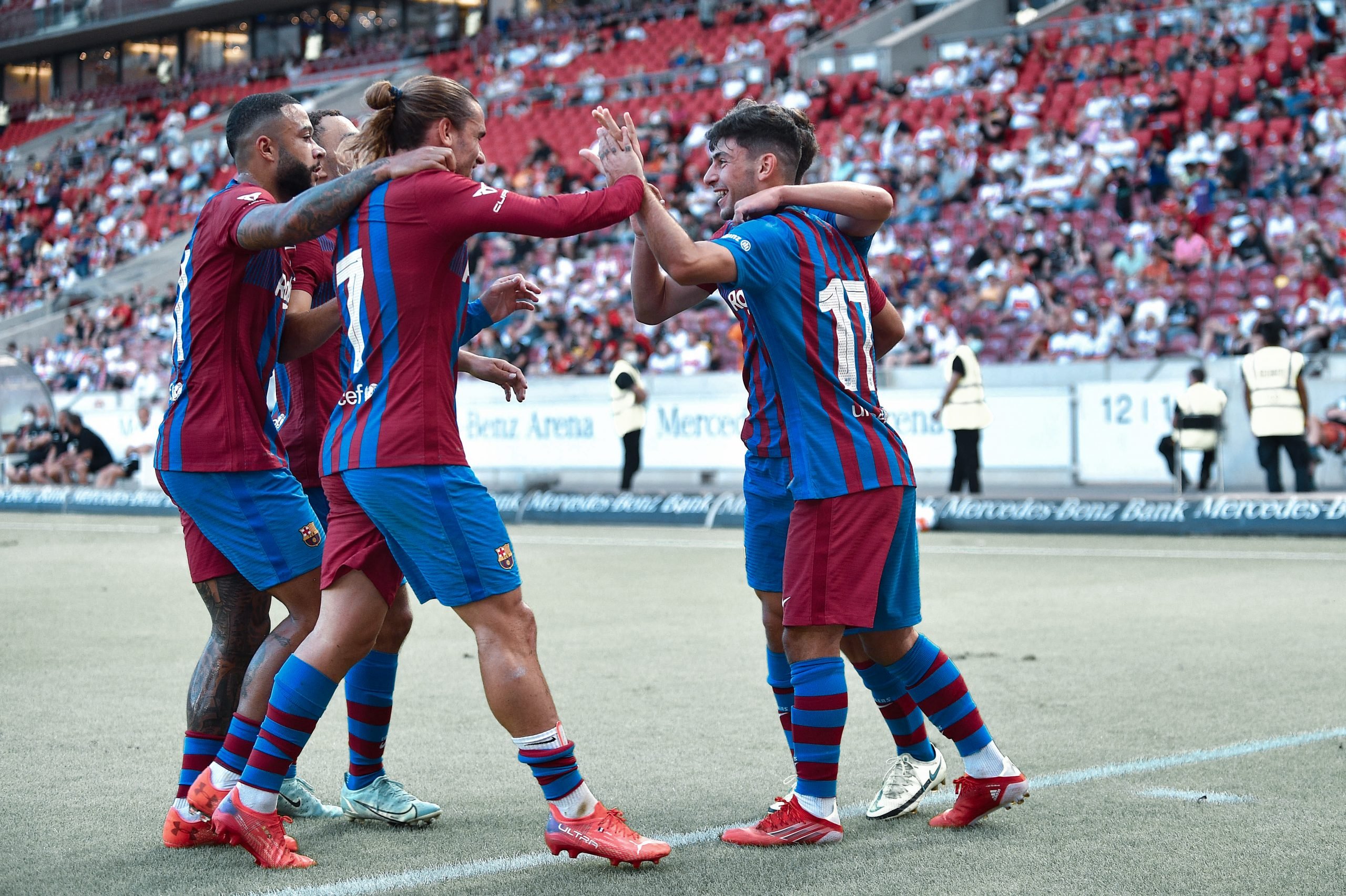 The departure of Lionel Messi sent shockwaves throughout the world. In a tragic turn of events, the 20-year relationship between the Argentine and his boyhood club came to a sudden end. It left a gaping hole in cúles’ hearts and a bigger one on the pitch. After years of bailouts and carrying the team on his back, Barcelona’s frontline now faces immense pressure.

The following article will explore the questions: What kind of pressure are they facing, and how can they respond to it?

While the defence was Barcelona’s notable weak point last season, their attack was not exactly firing on all cylinders. This may seem contrary to statistics, given that they were the highest goal scorers in Spain, but in countless “big games”, their lack of clinical edge in front of goal reared its ugly head.

The need for an archetypal number ‘9’ was clear as day, as Ronald Koeman tinkered with various lineups to provide a spark up front, whether with Ousmane Dembele as a centre-forward or Messi and Antoine Griezmann paired up top.

Furthermore, it was another season where Lionel Messi single-handedly carried the attack, scoring 38 goals and tallying 12 assists. The Argentine was responsible for almost half of Barcelona’s total goals throughout the entire campaign. Now without his presence, creativity and finishing — goals will have to come from other sources.

Replacing one with many

As Manchester City and Chelsea proved last season, teams can win trophies without a talismanic centre-forward. The Citizens had a staggering seven players score double digit goals while Chelsea had ten players with at least five.

However, both sides had something Barcelona lacked — a world class defence. This season, they are also on the hunt for a class number ‘9’. Chelsea recently signed Romelu Lukaku after a stellar Inter stint, while City are reportedly preparing a bid close to 150 million euros for Harry Kane, who is pushing for an exit.

Still, Barcelona have a variety of talented options up front that can soften the blow of Messi’s departure. Losing his 50 goal contributions means Antoine Griezmann must step up and carry a heavier burden, Memphis Depay has already begun riding his pre-season form into competition, with a promising debut in Barcelona’s season-opener against Real Sociedad.

Martin Braithwraite has also already sparked confidence with a lethal display against La Real, which could see him stay at the club a bit longer. Ousmane Dembele, Sergio Aguero and Ansu Fati should hopefully return from their injuries and hit the ground running.

On the wings, youngsters like Yusuf Demir and Alex Collado can also make their presence felt, albeit the latter may have to be very patient for minutes considering Koeman’s newly formed opinions of him. It will undoubtedly be a new-look Barcelona front line in 2021, where the “one” is replaced by the “many”.

Pressure at an all-time high

Although there are a variety of players who can (help) fill the void left by Messi, the most pressure rests on one man’s shoulders: Antoine Griezmann. Elsewhere, Memphis Depay faces some, but not to the same extent – more on this later.

In sports, pressure comes from multiple factors, including expectations, form, price tag. While the latter is admittedly out of the player’s control, expectations are harder to temper. If we expect greatness out of an athlete, the pressure on them to succeed skyrockets.

Whether fortunate or unfortunate, Griezmann’s signing came with no shortage of expectations – in part due to his 120 million euro price tag and standing on the world stage. To make matters worse, he has struggled to live up to those expectations.

Still, he improvely dramatically from his first year with the Catalans, increasing from 15 goals and 4 assists to 20 and 12, respectively. In his third season and without Messi, there is pressure on him to not only improve his numbers, but to be more involved in build-up and have his presence felt throughout the entire 90 minutes.

Perhaps the largest hindrance to Griezmann at Barça involves his player profile. As a number 10, he does most of his damage behind the frontline, freely roaming and setting up teammates. However, when he arrived in 2019, Barça already had the greatest number 10 of all time, thus the Frenchman’s effectiveness was heavily nullified.

Now, that problem is (theoretically) gone, and with it the excuse of being played out of position. As such, it is Griezmann’s time to take on the burden of spearheading Barcelona’s attack. His decision to stay put makes him the marquee player, with no more reasons not to deliver. Still, he is not alone.

The case surrounding new-signing Memphis Depay is intriguing. On the one hand, there is no added pressure due to (reported) wage numbers or a price tag. However, the departure of Messi has placed a larger workload on his shoulders.

Optimistically, things are off to a good start as he has scored three goals in the Blaugrana’s four pre-season matches and his La Liga debut was nothing short of electric, with all kinds of tricks and flicks on display, with a pinpoint assist to Gerard Pique to boot. His confidence at first glance is very reassuring

There were also concerns about Depay’s profile as a creative-minded forward and how that would fit with Messi, perhaps creating an overbooking of players who like to play between the lines with the Argentine and Griezmann already at the club. That question, however, is no longer relevant.

Knowing the pressure on Griezmann and Depay’s shoulders, how can they succeed? To be frank, expectations can sometimes never be fulfilled, especially if they involve following up Lionel Messi. Still, if the duo can step up to be the talismans this squad desperately needs, they will be revered without end.

That doesn’t necessarily mean scoring 40 goals a piece or breaking assists records, but supplying consistency and constant production. After all, there is plenty of ways to have an impact on the game without getting on the scoresheet, whether through setting up teammates or supplying off-the-ball pressure. Messi leaving does not spell the end in any way.

Hopefully, they will be helped by the abundance of attacking and midfield talent this Barcelona squad this has. Pressure bursts pipes or makes diamonds, and the time to shine is now.