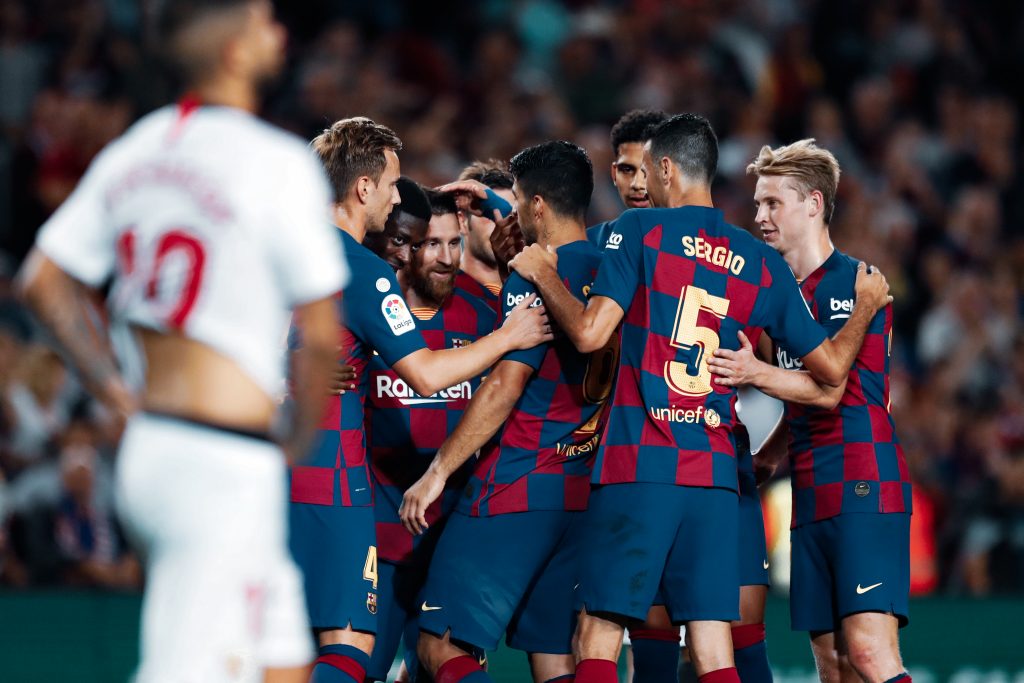 With less than a week to go until Barça return to action, it is only fair to visit the challenges that lie ahead. A brief overview of the remaining eleven fixtures for Barcelona.

Among the top five leagues, La Liga has seen one of the tightest title race this season. With Barcelona and Real Madrid interchanging positions at the top, every game from the restart will be crucial. Barça currently have a two-point lead at the summit as Los Blancos slipped on the last matchday against Real Betis. So every game of the remaining eleven is like a final.

The two-point advantage is pretty measly at this point, so it essential for Barça to keep winning. Even a draw somewhere might lead to their eternal rivals leapfrogging them. So, what are the remaining fixtures for Barcelona and how difficult are they?

The first game after restart will always be quite tricky. With both teams a bit rusty after the break, it is more of a quality battle than a form battle. The reverse fixture between the two at the Camp Nou ended 5–2, with Messi bagging a hat-trick. With Mallorca struggling in the relegation zone, it would’ve been a regular win for Barcelona in normal circumstances. But under these strange circumstances with very less match practice, it is an open game.

Barcelona will host Leganés in their first home game after the break, but not much of home advantage with empty stands. In the Bundesliga, home advantage has been very minimal after the restart. Only on a few occasions, the home team has won convincingly in the last few matchdays. However, the large pitch and the low-cut grass at the Camp Nou will be a valuable asset for Barcelona with their style of play. Leganes is yet another team struggling in the bottom of the pile, so the first two games for Barça are relatively more lenient.

The Ramón Sánchez Pizjuán is one of the challenging stadiums to travel to in La Liga ordinarily. But, with the fan support out of the picture, it will be like every other game. Sevilla have been in excellent form this season, showing off their aesthetic football under Julen Lopetegui. They are third in the table, 11 points off the top at the moment. After two relatively easy fixtures, this match will be the wake-up call for the Barcelona squad. With very few points separating the Champions League spot contenders, Sevilla would not want to draw or lose at their home.

The one-nil loss in the opening fixture is still fresh in culés‘ memories as Aritz Aduriz came off the bench to score a stunner. The Basque club’s no-nonsense approach to the game has always hindered Barça’s style of play. The intense physical battle will test the fitness and competitive spirit of the whole squad.

Celta de Vigo have been struggling in the league for a year and a half. They barely stayed up last season, and now are 17th in the league. They changed their gaffer mid-season, with Óscar García, taking over the team. The former Barça player’s first game in charge was with the Catalans as they lost 4–1 despite playing surprisingly well. Despite their position in the table, they are a team with quality and ability to surprise the opposition.

Arguably, the most challenging of the remaining fixtures for Barcelona. Atlético de Madrid haven’t been at their best this season, amidst a lot of transfer activity and change in the dressing room. Nevertheless, they have been working towards turning the plot as they beat European champions Liverpool both home and away. When set, the Rojiblancos are a tough team to break down. Barcelona must come into this game with their best-attacking set-up, to get the much-needed three points.

In the last meeting with Atlético de Madrid, in the Spanish Super Cup, Barcelona’s loss preceded the sacking of Ernesto Valverde and appointment of Quique Setién | Photo by Francois Nel via Getty Images

The Yellow Submarine is an intriguing side who can spring a surprise anytime. With Santi Cazorla working his magic in the middle, they have been in the hunt for the European spots this season. Players like Paco Alcácer, Samuel Chukwueze, and Gerard Moreno can cause problems to the azulgrana defence. Will be a close encounter considering the quality of youth and experience the team possess.

The season’s second derby comes in the closing stages of the campaign. With the two teams having drastically contrasting seasons, the reasonable judgement would be a Barcelona win. Notwithstanding, predicting derbies based on results and form would not be appropriate in football. In the reverse fixture, the neighbours held Barcelona for a draw in a frustrating match for the away side, despite Barça coming into the game as clear favourites. Yet, at the Camp Nou, Barcelona have been comfortable dealing with their sour neighbours.

Barcelona will have familiar faces when they meet Valladolid in the form of Jordi Masip and Sandro Ramírez. Despite letting five goals past him in the reverse fixture, Masip impressed and has been doing so in the campaign. With key figures like Mohammed Salisu, Enes Ünal and Sergi Guardiola, plus future Barça player Matheus Fernandes, Valladolid could put on a valid fight.

In the penultimate fixture of the season, Barcelona face mid-table side Osasuna at home. In the reverse fixture, Barça drew the game after a comeback with an inspiring performance from Arthur Melo. If the title race is not already over by then, it would be an enthralling contest at the Camp Nou.

Barcelona play away from home in the final fixture of the season. If the title race is still prevailing by this time, then the contest would be notably exciting. It has been long since the title race dragged to the last matchday. Barcelona have been prone to difficulties while facing Alavés in the previous seasons. That said, the current season has not been the best for the home side.

Barcelona can use their first few fixtures to get back their match rhythm. They should dust off their rustiness, and get back to full intensity for the demanding games and forthcoming Champions League matches.