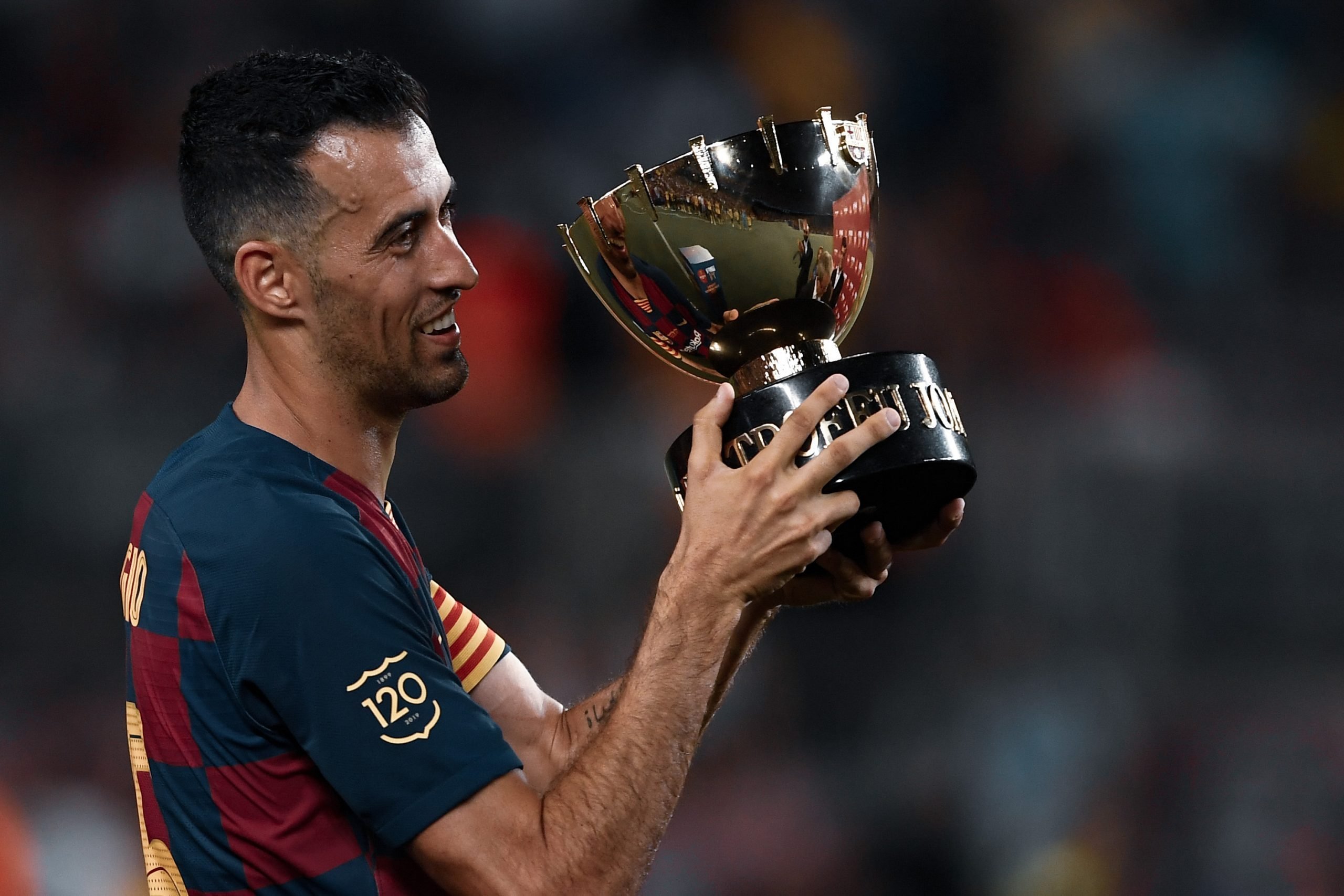 The squad of FC Barcelona has come under massive criticism following a poor campaign that ended trophyless. Not even the heavyweights in the team feel safe, with their position in the team finally coming under scrutiny. It is crucial to analyse without bias. Did Sergio Busquets really have a disappointing 19/20 season? Are the calls for his departure justifiable?

This is the ninth episode of a series in which we review the performances of Barça first team players, as well as discuss their future for the next campaign.You can check the series here.

The last to be praised in a victory, yet the first to be criticised in any defeat. Nobody in their senses would willingly take up a position that guarantees such unfairness. Yet, there is a certain technically gifted Spaniard in Barcelona’s midfield that soaks up all thrown at him silently. Amidst the constantly varying midfield, he is the one constant. Statistics can never reflect his influence, neither can it be perceived by the normal eye. His presence on the field mirrors his silent personality off it. He is rarely associated with the game-changing moment, but it will be fair to say that every game-changing moment can be traced back to him.

It is exceedingly difficult to talk about Sergio Busquets and his season. Very rarely does one see his performances rated in an unbiased manner. However, it is the outcome of the game decides the perception of his showing. His modest statistics never boast of goals, assists or key passes. Meanwhile, no scale can measure his technical ability or vision.

There has been a noticeable decline in Busquets‘ game over the past few seasons. Undoubtedly, age has caught up with him. A visible reduction in speed has made it difficult for him to make interceptions on an opponent break. Indeed, he cannot track back like he once used to, neither can he win the ball back as fast. Yet, it is difficult to envision a Barça without him.

Sergio is a victim of the poor management of the club. His game heavily depends on the players around him. Busquets, when provided with the ideal atmosphere, can break open any defence in the world. Nonetheless, the visible decline in the technical quality of Barcelona’s midfield over the years has been a huge blow to him. The failure to replace the lost legends in Xavi Hernández and Andrés Iniesta has put an immense burden on his shoulders. With everyone expecting him to cover up for the lost gold, he often loses himself in the confusion of his actual position.

This term, the arrival of Frenkie de Jong helped unburden the Spanish maestro to some extent. Under Ernesto Valverde, he continued to dictate the game from his usual position. The peak under el Txingurri was undoubtedly the 5–2 win over Mallorca in December 2019 where Sergio finished the game with an astounding four key passes. He was once again the best player on the field against Granada at the Camp Nou. The first half of the season was a rather silent yet effective one for the La Masía graduate.

The arrival of Quique Setién was a crucial event in Busquets‘ season. Under the initial optimism of revamping his new club, the Cantabrian coach decided to play around with the formation. Initially, the team played a three.man backline in attack with the right-back usually joining the centre-backs in defence. This formation demanded much more from Busquets.

In addition to his defensive duties, he was tasked with being the creator-in-chief for the side. He began playing much higher up the pitch than one would associate him with. Though this seemed to pay off in the first outing against Granada, the downside was seen in occasionally. Despite enabling Sergio to display his creative edge in breaking the lines, it proved to be too advanced a position for him to recover in time to to make interceptions.

Subsequently, an unfortunate deflection in the dying moments of the game against Athletic Club de Bilbao causing an own goal eliminated Barcelona from the Copa del Rey. It would be unfair to pin the blame on him, but he certainly could have done better. What followed was more of the same. Yet Setién continued to deploy the veteran higher up the pitch and the mixed result persisted. It was only a pandemic later that things completely changed.

The restart of La Liga in June saw a world of changes. Whilst Barcelona struggled to get back in the groove, Busquets was notably moved back to his original position. The electric rise of Riqui Puig provided the Catalan side with that cutting edge going forward. This, in turn, helped Busquets partially return to what he does best. A horrendous display in the Champions League wound up a disappointing campaign. Though no player provided a silver lining that night, Busquets had a notably terrible game.

What is next for Sergio Busquets?

Ronald Koeman has made his intentions of deploying Frenkie de Jong closer to the defence very clear. The arrival of Miralem Pjanić adds more competition for the limited starting spots in the position. Though there have been calls for his exit from the club, it would be a rather hasty move from Barcelona. Not to mention, an unfitting exit for a club legend.

The truth remains that the culés don’t have a direct replacement for the Spaniard. Though De Jong seems like a natural alternative, one might question if it has what it takes to suddenly bear the entire Notwithstanding, there is no question of letting him go at the moment. Holding on to one of their best midfielders for one last season, to facilitate a smooth transition would be wise.

Though with the current board at the helm, who knows what’s to come?