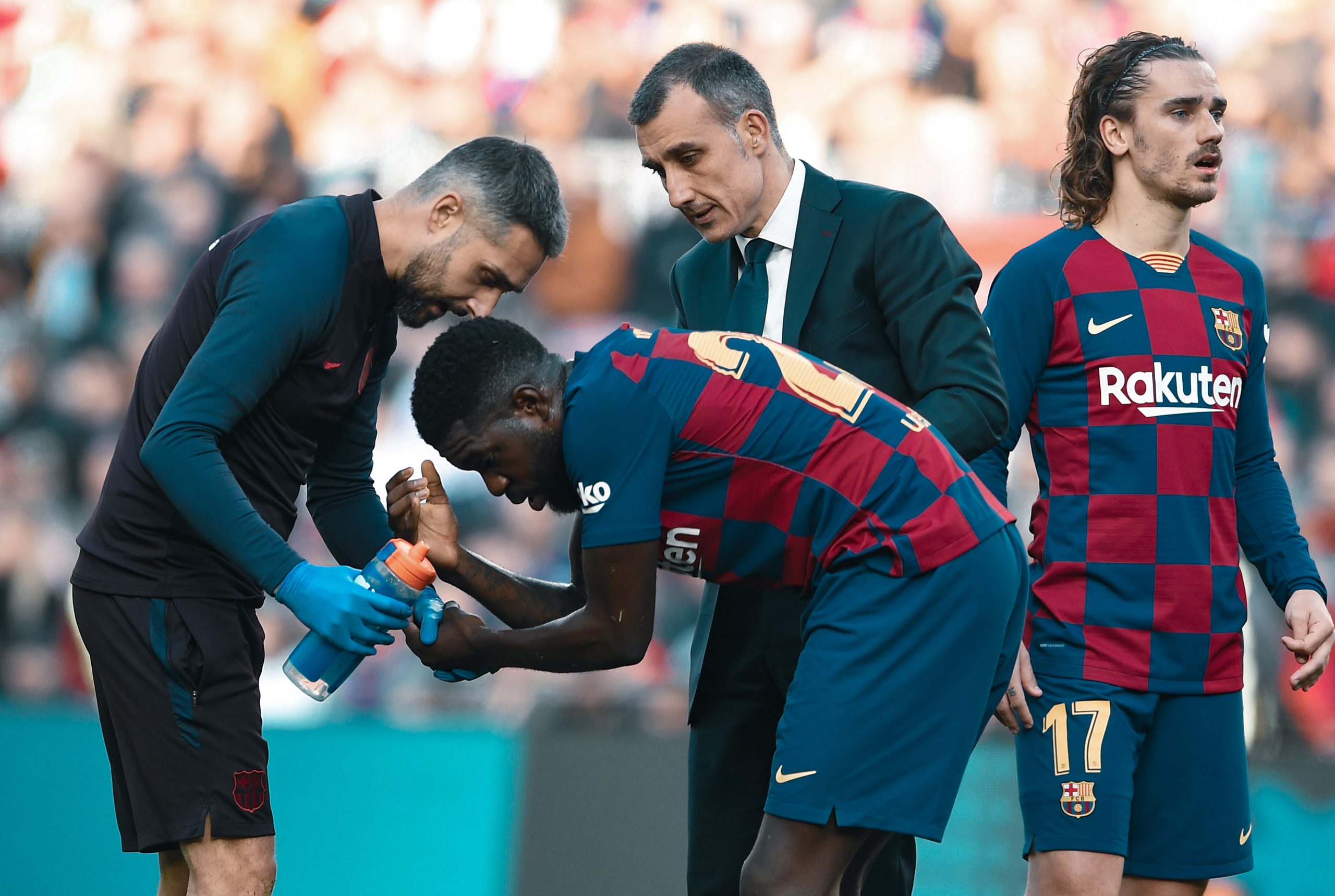 In the 19/20, Samuel Umtiti has had his worst season in recent time at Barça. Let’s review it and see what will happen with him next.

This is the sixteenth episode of a series in which we review the performances of the different Barça first team players, as well as discuss their futures for the next campaign. You can check the series here.

Barça and France have always had a big love story. The list of the Frenchmen who have gone from zero to hero at Camp Nou is long, with Thierry Henry, who furthered his legacy after winning the missing piece in his trophy cabinet at Barça in 2009 with the Champions League; Éric Abidal, who tarnished his legendary legacy after joining Josep Maria Bartomeu’s board; or, more recently, Clément Lenglet, who was an unexpected success for the past two seasons. The latter replaced another fellow French defender who is spiralling at Barça, and that would be Samuel Umtiti.

Samuel Umtiti was one of the few good signings Bartomeu made at Barça. But suddenly he went from being, like Lenglet, a resounding success in Barcelona’s defence to a disappointment in the most disappointing backline in the blaugranas‘ recent history. After two seasons at the top, Umtiti has lived through hell, much like Ousmane Dembélé, but this time it is most likely his fault. In 2018, during the World Cup, Umtiti sacrificed his knee to win the tournament, and the defender hasn’t had a performance like the one in the semi-finals against Belgium since. The former Olympique Lyon centre-back has been a liability whenever he has playedd for Barcelona this term, and it does not do to entertain the comparisons between him and his compatriot.

This campaign has been Umtiti’s worst by far. Other than injuries, he has been so slow and inadequate when playing in a broken team, and he shouldn’t have started as many games as he has. For example, Samuel Umtiti started El Clásico, giving Real Madrid an edge from the start. Really, Gerard Piqué played the game of his life and was unlucky to deflect Vinicíus Júnior’s shot. Still, Umtiti got outpaced by Mariano Díaz, who had played a handful of minutes this year and who just came on seconds later. This mistake did not matter because either way, Barça were losing their first El Clásico in forever and they went into the coronavirus break atop the league.

However, Umtiti pretty much cost Barcelona the league with one more abysmal game from the world champion. Away at Celta de Vigo‘s Balaídos, Samuel Umtiti was slow, caught out of position and error-prone. After Luis Suárez opened the scoring, Umtiti left acres of space behind him, and Celta equalised. Barça lost the lead and proceeded to draw the game following an awful display from their French defender, who lost his place forever to the now best Les Bleus defender in Catalonia in Lenglet.

All in all, Samuel Umtiti has admittedly been one of the worst players in this squad, even if he has had troubles with injuries and only played 13 league matches. Under Ernesto Valverde and then Quique Setién, Umtiti burned all his chances to impress and what was once a starting defender has turned out to be a back-up and a sure sale for next year. It’s sad to see that Umtiti’s decline has happened at such a young age, but he only has himself to blame.

What next for Samuel Umtiti?

Umtiti’s career as a Barça player seems over, as long as the club find an exit for him, and they have to. Lyon were rumoured to be interested in their former talent. He still has a value and, although it’s not as astronomical as it once was, Barcelona can at least get his undeserved wages off the bill. It is cynical to write on someone’s fall off, and more so when it’s a recurring injury, but Umtiti did this to himself and took too long to cure his injury. Now an outcast in his team, he has to leave, soon.