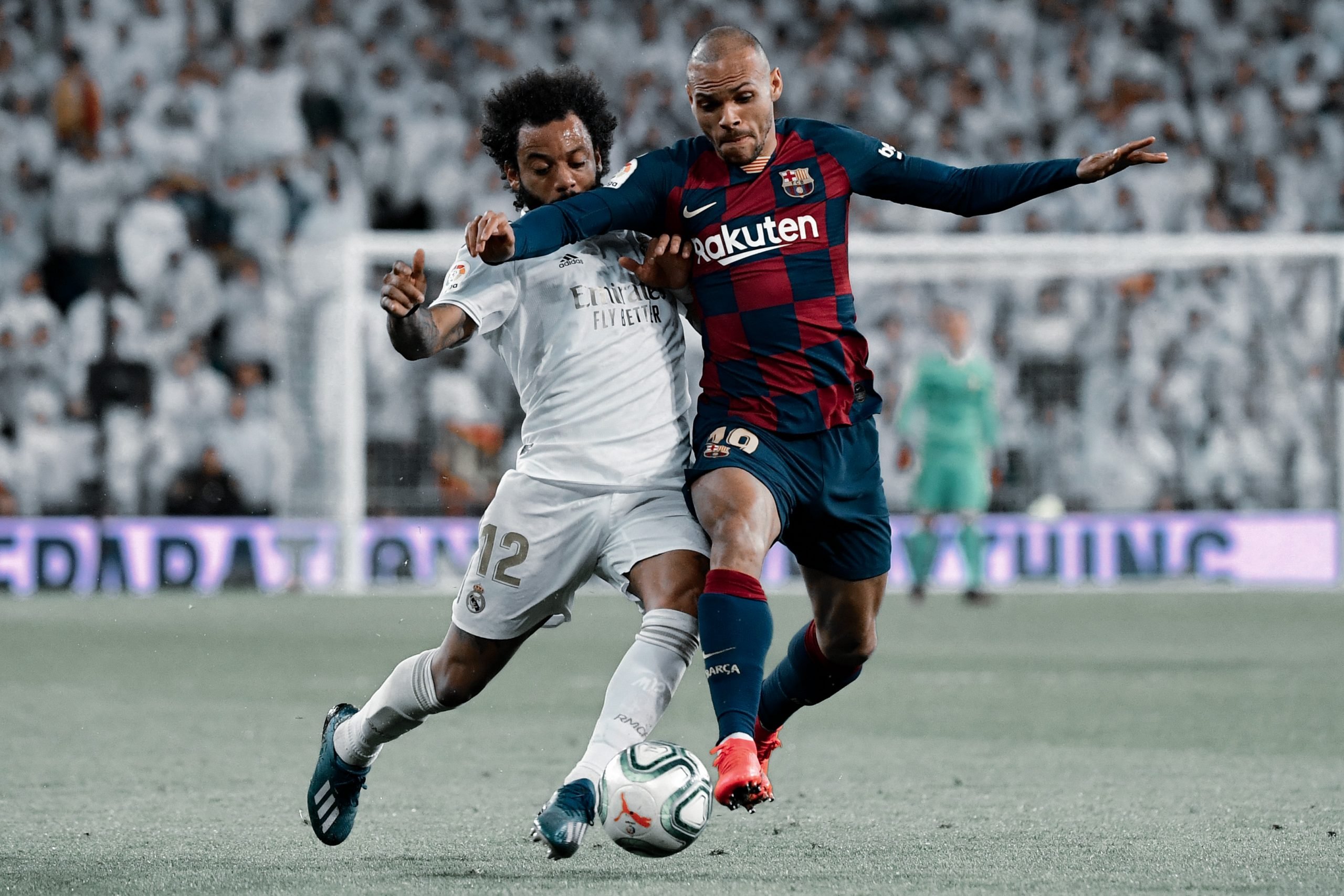 In the story of the 19/20 La Liga season, the transfer of Martin Braithwaite to Barça didn’t go well with many parties. Let’s take a look at it.

This is the seventeenth episode of a series in which we review the performances of the different Barça first team players, as well as discuss their futures for the next campaign. You can check the series here.

Football is a sport built on respect, luck and hard work. Ever since the business side of football has taken over, superpowers have eaten up the others alive, and the surprise in the sport has died a bit. Every year, the Champions League last four proposes the same format: one underdog and three giants of the game, between Real Madrid, Bayern Munich, Barcelona and Liverpool, play against each other to win the trophy that will go back to either England, Germany or Spain. In Spain, the giants have eaten the weakest opponents both sportively and financially and the story of the year in La Liga happened in February, outside the transfer window.

During February, clubs have ordinarily finished their squads and go into the next part of the season knowing what their best eleven is. This rule didn’t apply for 2020 Barcelona, who had the worst planning in years and, with the injury of Ousmane Dembélé in February accompanied by the sale of Carles Pérez, they had to exploit the rules to find a replacement. With no club interested in negotiating outside the window, Barcelona were allowed to turn towards Spain and the release clause system to find their player through a La Liga-backed emergency signing. They went to Leganés, who had already lost in January Youssef En-Nesyri, the club’s best striker, to find a nordic attacker who had the heart but not the talent to play for Barça.

Martin Braithwaite, the Danish international, scored a lot of goals for lowly Leganés at the lower end of the table and was auditioned to go to the mess that is Barça. In the end, 18 million euros and eleven little games for the Spanish giants and Braithwaite had conquered some culés, although not enough. The thing with Braithwaite is that he always worked hard during the games and in training, but it was clear he wasn’t at the level Ansu Fati or Ousmane Dembélé are. Selling an academy graduate to sign someone at the same level for 18 million is probably one of the worst transfer dealings in history, and Braithwaite’s season with Barça, although decent from the player’s point of view, was disappointing overall because of the lack of trophies and the humiliation.

Thankfully for the former Toulouse striker, he won’t get too much criticism for his lack of contribution because there are way more significant problems at the club. To sum up Braithwaite’s campaign, the Mallorca game is the best. After lockdown, the interrogations surrounding Barça’s level were beginning to overwhelm everyone, but some players kept their head above water, and Braithwaite was one of them. Before lockdown, the new signing had played well against Real Sociedad, a problematic opponent, and deserved his chance in the Spanish island.

At Son Moix, Braithwaite was everywhere, initiating the play, running at defences and making Antoine Griezmann, the left-winger, look like a youngster. As a winger, Braithwaite brought some sort of width to a team that insisted on playing through the middle and his runs, while sometimes overlooked, opened some breaches. He was praised for his incredible attitude despite the lack of chances. In the end, Barça lost everything, but Braithwaite is in no way, shape or form a culprit of this disastrous blaugrana squad, and some might argue that he was a bright spot, at times, in a team bereft of any tactical reassurance. Martin Braithwaite’s Barcelona experience wasn’t the best overall, but he will surely look back to it as a proud moment, especially given the positive feedback he got.

What next for Martin Braithwaite?

Even though he didn’t play badly at all, it seems like Braithwaite has to go. With Dembélé returning, and hopefully for good this time, and the squad having a complete overhaul, Braithwaite should leave. First, the Danish international still has some value and his sale would do a world of good for the finances, even if Barça breakeven on him. Then, he will not get the gametime he surely craves. With everyone returning, Braithwaite will be a fourth or fifth choice attacker, ranking lower than a 17-year-old, and he won’t get many chances to impress, even though he did impress a bit at Camp Nou.

While no one would have predicted these events, Barcelona didn’t have to steal such an asset to now-relegated Leganés, who lacked an attacker for the second part of the year. Culés owe an apology to the Pepineros.