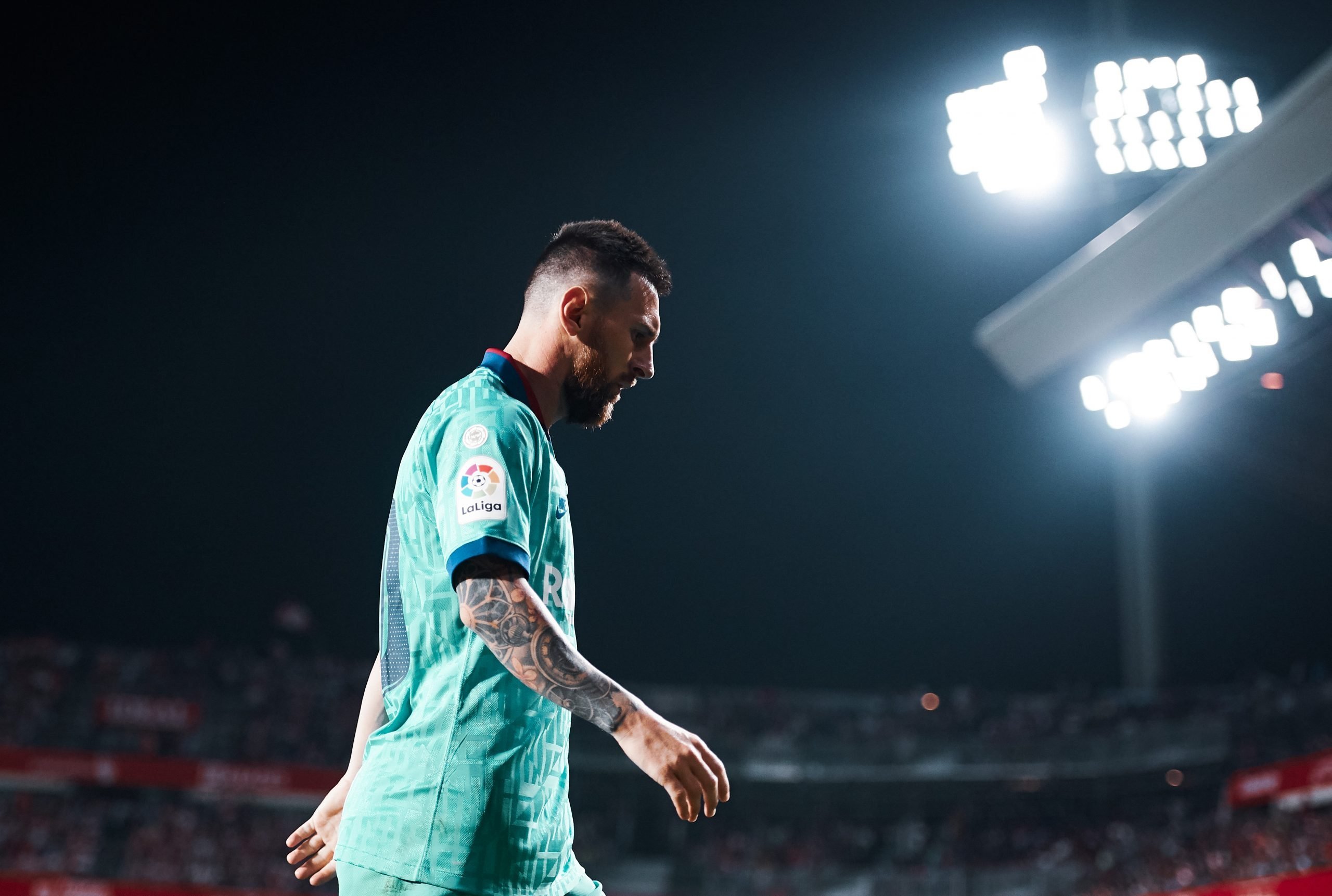 The 19/20 season could be remembered as the last of Lionel Messi at Barcelona, unless the complications of a departure keep increasing. But how did the little genius perform after all?

This is the twenty-first and last episode of a series in which we review the performances of the different Barça first team players, as well as discuss their futures for the next campaign. You can check the series here.

As strange as it may sound, it is no surprise that the 19/20 season wiped out everything good from FC Barcelona, let alone perhaps taking Lionel Andrés Messi away. When push comes to shove, Barcelona’s number ten manages to evolve and continue to push the limits breaking a couple of records: which happened this season as well.

On average, the Argentine star, per season scores 45 goals at the minimum and during this cursed campaign, Barcelona’s talisman scored 31 goals and registered 25 assists. This gives hype to the fact that Messi’s skills cannot be explained; they can only be felt and witnessed without trying to apprehend the how-he-does-it fact. However, this time, his good wasn’t enough for him to keep going and stay. Let’s see where it all went wrong.

Starting from La Liga, without any doubt, Messi has always been ridiculously good and outstanding. This statement is supported by the fact that, even if this term isn’t a good memory, Lionel Exceptional Messi managed to break a new record by assisting 21 times.

At the same time, since the 2008/09 season, Lionel Messi didn’t score as few goals as in the 19/20. But in spite of this, the master of the game with his consistency and passion managed to surpass the assisting record of his former teammate Xavi Hernández. Alongside having the most assists in a single La Liga season, the captain of Barcelona sealed the Pichichi trophy for the seventh time, not to forget, during his worst goalscoring year in a decade.

“We didn’t expect to finish in this way, but it sums up the year for us. We are a weak team who can be beaten with enough intensity and enthusiasm. We have lost a lot of points which we shouldn’t have done [and] been very inconsistent. We need to be self-critical, starting with the players but also across the entire club. We are Barcelona, and we are obliged to win every game”

Messi’s impeccable performance isn’t debatable. The way he has led Barça throughout the years is arguably the best any team could get. Nonetheless, the club continued to over-rely on him and teammates didn’t show enough commitment. Naturally, being a human, he was tired of carrying the team alone in every game. This season was an epitome of such behavior, with probably perhaps the most toothless side of the Catalans.

The defeat against Osasuna in the penultimate La Liga clash disappointed many. When the rest of the team is crunched and the best of all time is expected to play at multiple positions to score goals, defeats like these are meant to happen. Messi wasn’t to be blamed here, still; the disappointed fans were found scapegoating the legend for losing the title which in reality was a collective failure.

Messi, with his prolific goalscoring, gave hope to the culés when he scored twice in a match against Leganés and progressed into the quarter-finals of the Copa del Rey this season. His unbelievably good goal in the last minute ended the game at 5–0, which made it the captain’s 500th victory for Barcelona.

The number ten’s ability to create goals throughout the game has always been phenomenal and sublime. This time, it was as if the spirits were moving him: he dribbled past every Leganés defender, giving the most enchanting moments to fans.

However, Athletic Club burst the happy bubble of the Catalans when the visitor’s below-par performance at San Mamés made them lose another trophy. Barcelona struggled to turn possession into chances and Messi failed to stop Athletic from thrashing his team’s hope of reaching a 7th successive Copa del Rey final.

This was another loss which once again proved that, when you try to win the game through one man, a major drop in productivity will eventually happen and nothing could save from an embarrassing defeat.

Throughout the 2019/20 season, Barcelona’s lacklustre displays were disheartening, but the Champions League was profoundly a devastating one for the blaugrana star. Having 3 goals and 3 assists throughout the European competition this year, the media of Argentina labelled the defeat against Bayern Munich in the quarter-finals as Lionel Messi’s worst ever.

The duel against Bayern ended on 8–2, leaving Messi painfully frustrated. The man who had won this tournament four times lost with his team conceding no less than 8 goals — what a misery! While it left the club at the end of the line, it was also the turning point for everyone when, after Messi’s demeaning silence, fans started encountering the news of him leaving the club after devoting 20 years wholeheartedly.

What next for Lionel Messi?

Sometimes people miss the younger Messi who used to run with the speed of light, which has been replaced by his incomparable passing lately. His vision and outstanding abilities with the ball is the best combo one has ever seen in the footballing world. He looks at the ball and he knows where he needs to be. One can vouch for his skill of calculating time and acting on it in the spur of the moment.

Having said that, working under two ‘spineless’ managers this season, a lot of time was wasted. This year was enough for him to realise that, if he continues to play with Barcelona, not only his peak years will be ruined, but also his skills and abilities will eventually start getting rusty. Sackings, transfers, appointments have been going on in the club to restructure it, but it seems that the captain has made up his mind to leave the club.

The heart-wrenching news of the burofax 11 days ago confirmed that the Argentine has given up, which was proven from his absence during the medical tests and training sessions since Sunday. Recently, his father and agent Jorge Messi met the club’s president Josep Maria Bartomeu, but apparently, the stalemate continues.

During the 19/20 season, Lionel Messi was often too alone | Photo by Eric Alonso via Getty Images

While Messi doesn’t consider himself a Barcelona player anymore, whispers of him joining Manchester City to meet with Pep Guardiola once again are in the air. None of this has been confirmed officially, since there are many legal complications involved, but uncertainty, fear and a certain kind of despondency are there among the loyalists of the Argentine.

Lionel Andrés Messi is a born leader; he didn’t only lead by example but also motivated the experienced players, mentored the new blood and also helped organise the club in every aspect. He was not merely there to became a voice for his colleagues but also took stand against the odds. He is consistent, he is calm: he is the brightest star of the sky on earth.

Arguably, Messi doesn’t deserve to be at a place where this season and a joyless team has put him. He doesn’t deserve to be facing this catastrophe because of Barcelona’s economic crisis and managerial downfall. Hence, if his peak years needs to be saved by him leaving the club, then let it be as it may; for all it takes, for as much it hurts: Messi deserves the best.