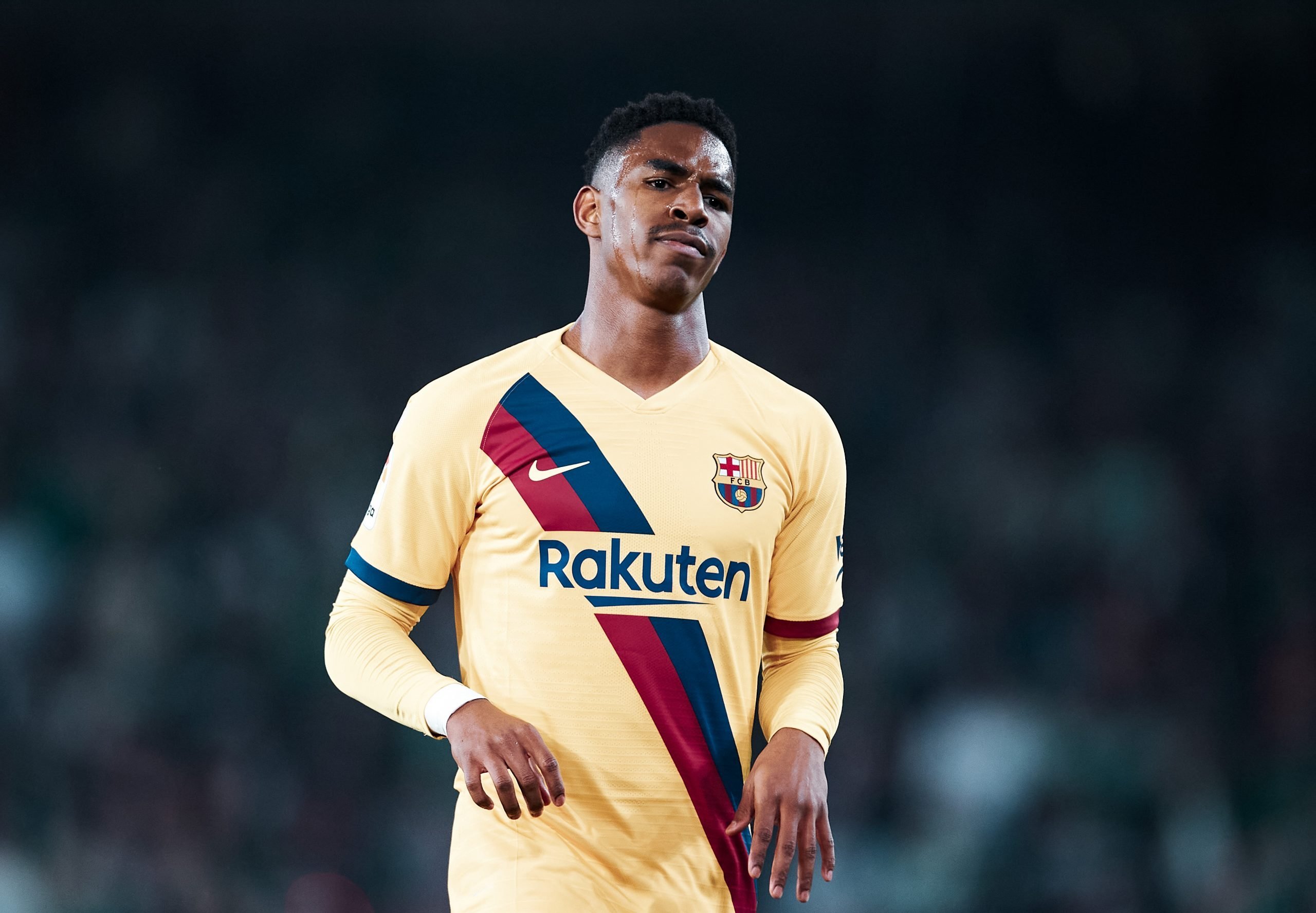 The 19/20 being his first season at Barcelona, 24-year-old left-back Junior Firpo has possibly disappointed. But will there be more to come?

This is the eighteenth episode of a series in which we review the performances of the different Barça first team players, as well as discuss their futures for the next campaign. You can check the series here

On 4 August 2019, Junior Firpo was signed by Barcelona on a five-year deal. Firpo, having attracted attention from most major clubs in Europe, was bought for a mere 18 million euros upfront along with 12 million euros in add-ons. The player was chosen over the likes of other talented, young, left-backs, such as Ferland Mendy and ex-Masía player Álex Grimaldo. By then, Firpo’s transfer looked like the bargain of the season. Now, however, it seems as if the money should have been spent on someone else.

Junior Firpo had dropped a masterclass at the Camp Nou even before putting on the iconic blaugrana jersey for the first time. His display in November 2018 led Quique Setién’s Real Betis to a 4–3 victory against Ernesto Valverde’s Barcelona. He terrorised the opposing full-backs, and also managed to net a goal. His dreams of repeating his performance against Barcelona, for Barcelona, did not come to fruition. While his starting spot in the Catalan team wasn’t guaranteed, it did seem like Firpo was the perfect player to replace Jordi Alba at some point in time. Now, that doesn’t seem to be the case, as according to reports, the club is looking to offload the 24-year-old left-back.

“I don’t think that the change of coach has benefited me. Valverde was already counting on me in the last matches, despite at the beginning it cost me. The only advantage for me is that Setién knows me, knows who I am and I don’t have to prove anything extra. I will try to seize the opportunity”

Firpo started the season under Ernesto Valverde. He seemed quite uncomfortable at the back and was struggling to keep up with the opposing wingers. Additionally, he was unable to widen the pitch and make efficient runs behind the opposing defensive line, something he had no problem doing while playing at Betis. While there were hints of a partnership between him and Ousmane Dembélé, the Frenchman’s nine months of injury put a stop to this brewing duo.

In January, when Ernesto Valverde was sacked, and Quique Setién, Firpo’s manager at Real Betis, was hired, it seemed like things would change for the Dominican-born youngster. Fans hoped that he would be able to find the 18/19 form that resulted in him being scouted by all the top clubs in the world. That, though, was not the case. Setién tried out different formations, like a 3–5–2, 4–3–1–2, 4–3–3 and 4–4–2, and Junior wasn’t able to excel in any. He looked just as uncomfortable under Setién as he did under Valverde. In his defence, he wasn’t given many opportunities by either manager, but on the other hand, his performances when he was given opportunities were anything but impressive.

Junior Firpo ended the 19/20 season with one goal and two assists in 23 games. He played 17 La Liga games and all three of his goal contributions came in the league. He wasn’t able to produce any output in the four Champions League matches he featured in. With Jordi Alba‘s injuries, he didn’t seem to exploit such chances and never really challenged the veteran when both were fit.

What next for Junior Firpo?

Today, Junior Firpo‘s future is in the air, with reports stating that the Barcelona board hopes to sell the left-back in order to obtain funds for a new player in such position, and to reduce the wage bill. Ronald Koeman, the Dutch Barcelona legend and the club’s latest manager, has not yet said if he counts on Firpo in his new, supposedly revamped squad. If Koeman wants to keep him, as either a back-up or a starter, the Spaniard could have one last shot at making the left-back position at Barça his own.

Football has evolved since its inception, and in today’s game, the full-back position is one of the most important ones. All of the other top European teams who have won the latest Champions Leagues have had world-class full-backs. As for left-backs, recent champions Bayern Munich had Alphonso Davies, arguably the most promising youngster in the world; 2018/19 Liverpool had Andy Robertson, the best left-back in the world at the time; and Real Madrid’s three-peat squad had Marcelo, for many the greatest left-back of all time. If Barcelona is to compete for titles in the coming years, especially without Lionel Messi, the left-back for the Catalan club has to be world-class. With the way Junior Firpo has performed in this 19/20 season, it does not seem like he has what it takes.