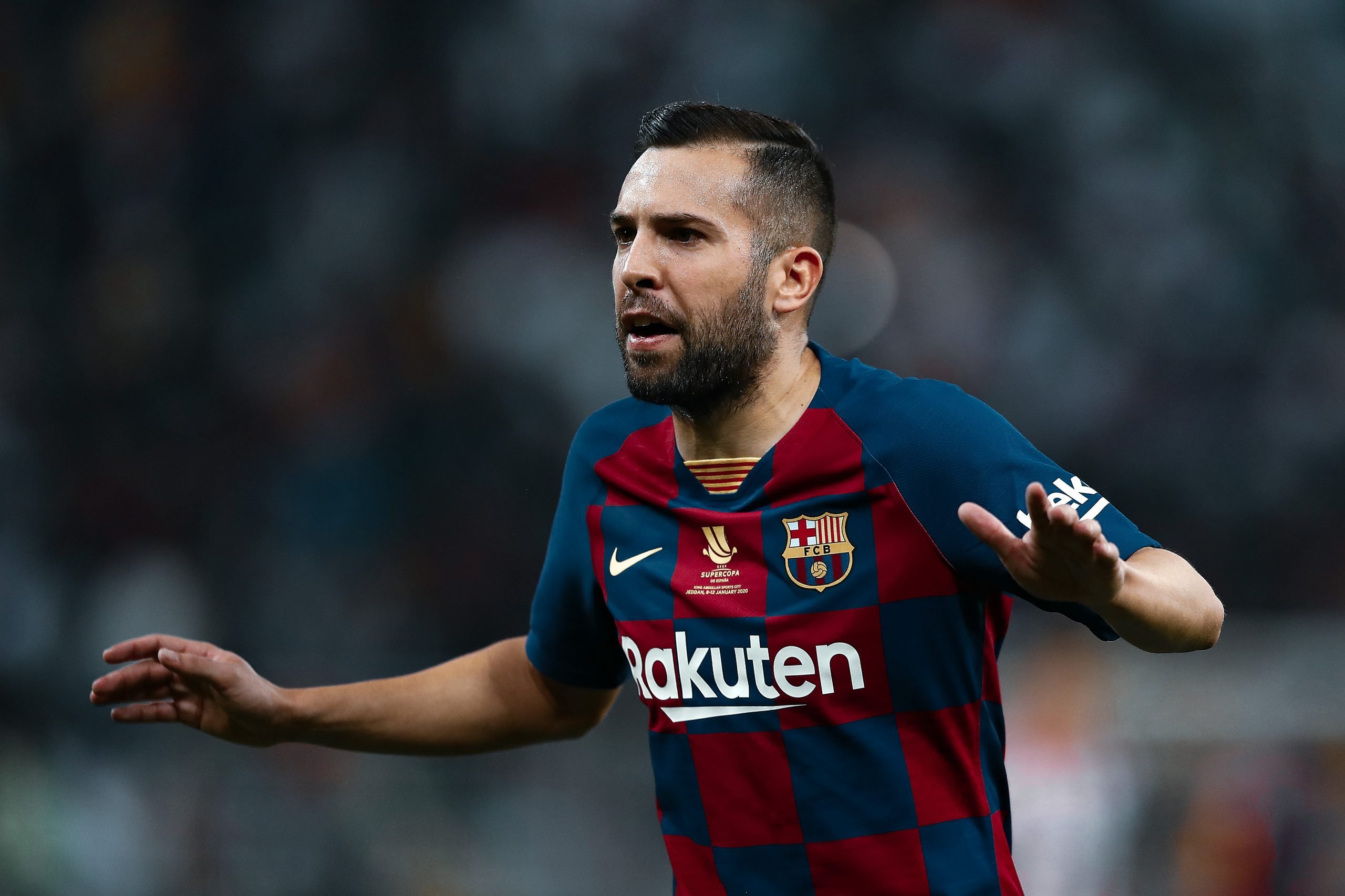 Jordi Alba’s decline in form seems to have continued in the 19/20 season. Even so, how has he performed for Barça this campaign, and what decision should the club make with him?

This is the eighth episode of a series in which we review the performances of Barça first team players, as well as discuss their future for the next campaign.
You can check the series here.

Jordi Alba has been one of the most polarising figures of the Barcelona squad in recent times, which in the context of the current Barça squad, is saying something. With a massive purge in the squad on the horizon, Alba’s prospects aren’t looking bright. He did not feature on the ‘no sale’ list that the club president Josep Maria Bartomeu revealed to the media. This is in spite of the fact that names that have not been regularly on the squad sheet, like Nélson Semedo, were included in the list of unsellable players.

In the meanwhile, it is worthwhile to ask: what exactly transpired to bring the stock of a Champions League and World cup winner like Jordi Alba down? Is it entirely due to the appalling season that Barça just had? Or has it got something to do with the individual player’s performance?

Injury problems have been recurring this term for Jordi Alba, who generally relies a lot on his athleticism | Photo by Manu Fernández / Pool via Getty Images

Before we review Alba’s performance over the season, we need to revisit the statements that he made following the previous season, so that we have the entire context in front of us. This was, one should remember, following the show that the Catalans put up at the Anfield. Having secured a three-goal lead in the first leg, the blaugranas went to Liverpool’s ground and conceded four and walked out of the Champions league. In a team that did not show even the will and vigour to fight, Jordi Alba was not really different. It was the mistakes that he made that led to the first two Liverpool goals. Reports emerged later that he had broken down in the dressing room during the half-time. And his comments in the post-match interview made things worse.

Alba was reported saying, “For better or for worse, we have spoiled people by winning so many titles and it’s really hard to win”, before adding “Taking out these two games [at Anfield and the Copa del Rey final] it is the best season of my career on a personal level, but like all humans I make mistakes and I do not have to be ashamed of this”. True, there was nothing to be ashamed of, but he didn’t have to name-call the fans either. You cannot blame the fans for being enraged when their team squanders a game where they went in as the clear favourites, especially after callous mistakes that turned the fate of the game around.

The second statement is in tandem with another he made following the controversial departure of Neymar Júnior. Alba said that Neymar’s absence in the attacking wing gave him more space and freedom to run into, and that this helped him enjoy the games further. He was right. However, he would never have imagined that the same reason would cause his deterioration.

“I now have more space to run into and, sincerely, it is much better for me [without Neymar]”

Alba has always relished attacking and even scoring. After all, he started at La Masía as a striker no less. The absence of a true winger in the starting eleven meant that the responsibility of adding width in attack and stretching the opponent’s defence fell squarely on his shoulders. The fact the full-backs on the right side – whether Sergi Roberto or Nelson Semedo – weren’t that efficient in switching between offence and defence, added to the burden on Alba. A younger version of Alba would have been more than happy to accept this and rise up to the challenge.

But at 31, he is not at his prime anymore. Injuries have been catching up to him. As opposed to the last two seasons, where he clocked 3,383 and 3,978 minutes in La liga and Champions league, the 2019/20 campaign saw his minutes on the ground fall sharply to 2,546 minutes. He missed thirteen games in total due to hamstring issues this season.

Alba’s playing style is highly dependent on his pace and positioning. This helps him compensate for his diminutive figure, when facing taller wingers. For a player who depends so much on speed, hamstring injuries are a curse. And needless to say, that often leaves him exposed at the back. Barcelona couldn’t do with his marauding runs up the field. But their overall drop in pressing, a leaky system in general combined with his inability to get back into defensive positions quickly, laid his vulnerabilities bare. That in a nut-shell is what happened in Anfield, and that is a signal of things to come.

What next for Jordi Alba?

Jordi Alba’s latest contract at the Camp Nou will last till 2024. He will be 35 by then. If he is becoming slower at 31, one can only imagine what is due in the following seasons. And that is exactly why Bartomeu has not named him on the ‘no-sale’ list. This doesn’t have to be the case, though. Much of Alba’s struggles could be eased with proper rotation. A starting quality player who could share the minutes with him would have relieved Alba from having to play every other match. Barça thought they would get that in Junior Firpo. They don’t seem so convinced now.

Rumour is that Alba is not so keen to leave. While a good percent of the fans might want him chucked as soon as possible, one should also consider the economic limitations due to the pandemic and the difficulty of getting a quality left-back for cheap. Some of the names that have been doing the rounds are José Luis Gayà of Valencia, Nicolás Tagliafico of Ajax and Angeliño of Manchester City. None of them are going to come cheap, and even if they do, they would need some time to adapt to the Barça way of playing football.

This means that having a senior player to ease them to the system as well as to share some minutes with, wouldn’t really hurt. At €8,580,000, Alba’s reported annual salary is much lesser than many other players who could be considered surplus to needs at Barca right now, like Ivan Rakitić, Samuel Umtiti, Luis Suárez, etc.

The smarter thing for the club to do then would be to find a quality left-back who can compete with Jordi Alba for the starting position, for there is no denying that he still has the ability to contribute to the team. Provided, of course, Alba understands the fact that he has to earn his spot in the team. For no one should be guaranteed an automatic starting position in a team like FC Barcelona.