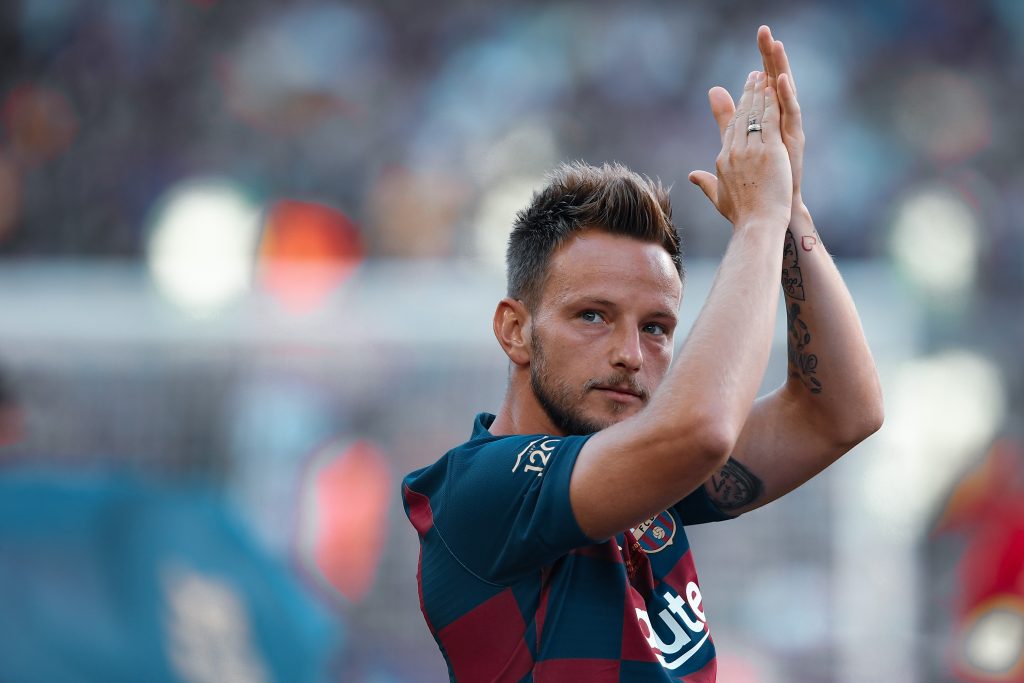 Just two years ago, Rakitić was having the time of his life: great football for FC Barcelona and marvelous results for the Croatian national team, with whom he reached a World Cup final. Then last summer something clicked and rumors about the club wanting his exit began to spread. But how did Ivan Rakitić really perform in this 19/20 season?

This is the first episode of a series in which we review the performances of the different Barça first-team players, as well as discuss their futures for the next campaign. You can check the series here.

Fairy tales have an ending. This time, there will not be any happy one for Ivan Rakitić. Because as much as he has done a lot for the Blaugrana cause, in culés‘ minds he has been out of the picture since that cruel night in Anfield more than a year ago. After that, he was virtually already out of Barcelona. The fans wanted him out. And probably he wanted a change of scenery too, after the successes he had with the club and the undeserved criticism he was being given after all that he has brought upon the cause since his arrival, back in 2014.

While the environment at Barcelona was already fuming after the team’s second consecutive debacle in the knockout stages of the Champions League, Rakitić was not just having the feeling of not being welcomed anymore by the fans, but also by the club. As Neymar’s rumours quickly increased their intensity towards the second half of August, 2019, Barça’s ship, with Josep Maria Bartomeu as captain, reportedly offered the Croatian player to Paris Saint-Germain multiple times, amongst trying to sell him directly many others more.

The Neymar comeback was imminent. The Brazilian player was ready to go back to the Camp Nou, while Rakitić was even more ready to go in the opposite direction, with his bags already packed. Tickets bought and families ready for the next chapter. Ready, set and…Alt. Latest, “nothing done. Neymar is staying in Paris”. Bartomeu tried to use the Croatian midfielder as his favourite trading piece, but he could not do it either way. The transfer market closed, and Iván found himself trapped in a Barça club where did not feel welcomed. He did not feel at home, as he did ever since he joined the team.

“Last year [18/19] was the best of the six I have had here and I was annoyed with how I was treated. I was very surprised and I didn’t understand it. The results have not been the best and I haven’t played much, that is why I felt hurt. I had a very strange first half of the season, it was very uncomfortable and surprising for me. But I hope I can finish this last year of my contract.”

With all the drama happened during the 2019 summer period, the veteran midfielder never hid the fact that other clubs wanted to sign him. As Juventus, for example, whom he claimed to have had a chat with Cristiano Ronaldo about a potential transfer in Turin. But nothing to be done, Rakitić was bound to stay where he was, for at least another year.

As the season began, the former Sevilla man got to witness what he thought would happen: no football. Rakitić was there, training, working hard, believing that he would have been able to play football regularly again this season, despite everything. But for the first few months, very little spaces were given for the Croatian to spark from Ernesto Valverde. While his involvement with the team was quickly deteriorating, the iconic #ForçaBarça hashtag on his posts was also having the same direction. Rakitić and Barcelona have never been so distant one from the other.

Even in the worst season of his career, even after playing only 231 minutes the first 14 La Liga games, with 4 games on the bench for the full ninety minutes and another, against Villarreal, where he was not even called up, and 58 in the Champions League, he did not lose grip on the reality. And the chance came. Arthur Melo injured, Carlos Alena bound to get loaned out, and continues changes in the tactical system made sure that Rakitić could begin to enjoy his football again.

In the game against Borussia Dortmund in the Champions League, the Croatian midfielder played 78 crucial minutes for his season. A season which was not certainly destined to be his best, but a season which was still approaching to start for Rakitić. After that marvelous performance against the German side, which gave Barça the mathematical first place in its group stage, the Croatian prince got back some lost faith that Valverde first, the fans after, have lost in him.

And the things did not change either when Quique Setién got in charge of the team. He kept playing his fair number of minutes, considering the presence of a high volume midfield as Barça’s one: Busquets, Arthur, De Jong, Vidal, and Alena before and Puig after. Rakitić’s role in the Blaugrana midfield was very controversial too. As he began to initially perform this season in his natural position, as a center midfielder, he varied his role during the year quite a lot. When Busquets was missing, he played as a central defensive midfielder, as both Valverde and Setién never really believed in playing Frenkie De Jong there, despite the Dutchman’s natural ability and the Croatian forced adaptability. When the Spanish international was present, Rakitić was floating between a left and right central midfielder position continuously instead.

As much as the Croatian got to play football, at least some of it and in difficult conditions, his season had never been at the peak of his true worth, but he was still found to be useful for both managers, even as a substitute role: a role which has never characterised him. A clear representation of his season has in fact been a statistical fact: he scored only one goal, against Athletic Bilbao. And for a midfielder that has always been used to score as much as Ivan did, it is a clear sign of his mental and technical decadence as a Barça player.

What next for Ivan Rakitić?

Ivan Rakitić has been part of the post-golden generation that has impacted world football with Barcelona protagonist, after the Guardiola era. Trophies or no trophies, the Croatian has been directly involved in the Luis Enrique management as a key piece of the puzzle for the Spanish manager, as well as for the first two years of the Valverde’s as well. He has been fundamental to Barça’s tactical plans since his arrival in 2014.

The Croatian midfielder has also been the one that, in the final year of his career, made Xavi sit on the bench, for the most part, a fact that is often underestimated by many. But even this is a clear sign of how good his added value was to the team. An exceptional professional first, one of Croatia’s finest later. He achieved the top of the world with both Barcelona and (almost) Croatia and he has always been regarded as the main representative of the Croatians’ exceptional qualities, after his everlasting friend Luka Modrić.

“Some of the players know that it will be their last season at Barcelona.”

As the clock does not wait for anyone inevitably, Rakitić knows too that his own has stopped working in the Catalan city. A successful career with the Blaugrana shirt will never be forgotten and will forever be impressed in his own legacy. But the time to move on has come, for both parties. However, the doubts still remain strong, as president Bartomeu keeps sitting on his chair without taking his responsibilities: despite this summer’s same exit rumors, will Rakitić really leave or will it be another false alarm?