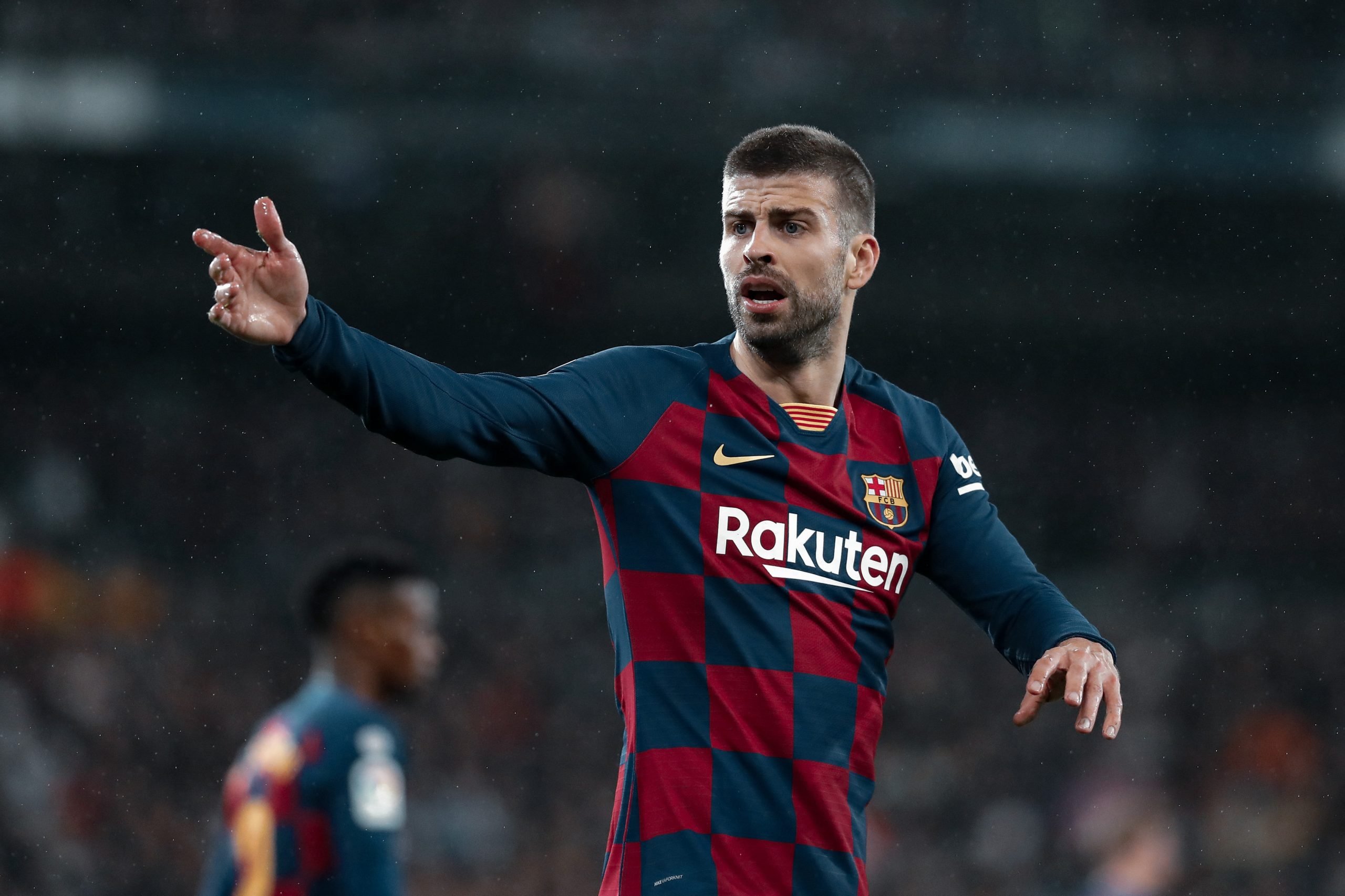 In another campaign with highs and lows, Gerard Piqué continued to be the imperial leader of Barça in the 19/20 season, but showed more signs of soon needing a replacement. How did his year go?

This is the sixth episode of a series in which we review the performances of the different Barça first team players, as well as discuss their futures for the next campaign. You can check the series here.

While outsiders may pleasure their appetite by cherry picking topics from the grapevine, Gerard Piqué expertly prevents the external noise from entering his head, tacitly letting his football do his talking. Woefully, despite exhibiting his sharp-witted abilities on various occasions, even his football is often not enough to sway the doubters in his favour, with his technical superiority often swept under the rug.

In an era where extraordinary pace and tackling is glorified, Piqué’s positional sense is primarily ignored and rebuffed. Being the outspoken extrovert he is doesn’t exactly help his case either. Nevertheless, in spite of the lack of attention the Catalan may have received for his achievements on the field, it was still a season comprising of ups and downs, with the “downs” unsurprisingly stealing most of the spotlight.

The similarities Gerard Piqué’s 19/20 season shared with his previous campaign almost felt uncanny. Marred with a poor start to the term, slowly but gradually, Piqué began picking up form, proving his undoubted worth to the club as well as displaying some sturdy performances from time to time.

At the beginning, the 33-year-old’s affairs with the tennis Davies Cup seemed to be the talk of the town with his recurring visits to Madrid upsetting fans and questioning his seriousness to play for the badge. Whether those activities affected him or not is purely another debate, but they were surely a subject of great concern at the time, since his apparent lack of focus seemed to be affecting his performances on the field.

As a result, partially due to the aforementioned reasons, 2019 was by no means Piqué’s best. Suffering from several spells of inconsistencies, any slight indication of a drop in attention almost immediately impacted the team negatively. However, although he showed up sporadically, with his influential games games against Real Sociedad, Real Madrid and Atlético de Madrid playing a key role, the turning point for him seemed to be the humiliation against Atleti in the Spanish Super Cup. Barcelona’s defence was brutally exposed, and Piqué was majorly responsible for the goals conceded.

Quique Setién‘s arrival in January did not instantly bring positive results in defence as a hammering against Valencia followed, though Piqué’s commitment became far more noticeable as the season slowly began entering its crucial stages. After a nail-biting encounter with Real Betis, which ended 2–3 in Barça’s favour, Gerard produced his most consistent football, with formidable performances against the likes of Getafe, Eibar, Napoli, Real Madrid and Real Sociedad.

Perhaps unjustly, the bad moments will again remain fresher in the memory than the bright ones | Photo by Rafael Marchante / Pool / AFP via Getty Images

Whilst the team failed to salvage convincing results as a whole, his overall contribution at the back went unnoticed by many and it was during that phase he picked up his form, which he carried until the last matchday, excluding the unspeakable demolition at the hands of Bayern Munich.

As football events were adjourned due to the COVID–19 pandemic, Piqué didn’t allow his unblemished condition to flounder since his return was marked with five clean sheets in a row, a season best. The record didn’t last for long with an unstable Samuel Umtiti replacing Clément Lenglet in the clash against Celta de Vigo, but any drop of points or goals conceded weren’t due to mistakes made by the Spaniard, but in fact incoordination at the back.

The veteran’s role became increasingly vital and fans were starting to reminisce about the old Piqué: the player that constantly kept his head in the game, while also marshalled the defensive end. His most prominent displays arguably came against Real Valladolid, Espanyol, Athletic Club and Napoli, where his positioning enabled him to effectively contain the threat opposing striker’s carried.

Still, it hadn’t been all sunshine and rainbows as the game where it all went downhill for Piqué was undoubtedly the thrashing against Bayern Munich. In his defence, it wasn’t just him who had an exceedingly off night, even so, he was slow, unable to continuously deny the Germans from feasting in the final third and surprisingly inept at the back. His positioning was unusually out of sync and the World Cup winner’s deteriorating pace proved age was finally getting the better of him.

What next for Gerard Piqué?

Piqué gave an emotional statement after the loss against Bayern, claiming he would responsibly depart the club as long as it meant fresher blood was required and a serious reconstruction project was in the offing. His words had an immense impact and it became apparent that the centre-back had realised he was nearing the stage of retirement.

“Shame is the word. You can’t play in Europe like that. It is neither the first, nor the second, nor the third time. It’s very hard, we all have to reflect. The club needs changes and I’m not talking about the coach or the players. I don’t want to point at anyone. We need structural changes of all kinds. The first to volunteer will be me, if new blood has to come in and change this dynamic I will be the first to go, to step aside.”

Gerard Piqué after the 2–8 defeat against Bayern Munich

Nonetheless, even if Piqué may have offered to leave himself, he is one of the few veterans in the squad that still has some fuel left in him. Notwithstanding he could still be an asset for atleast one more year, the club must ensure his transition is smooth and cautious. In order to see that successfully take place, a suitable replacement is required.

Eric García, currently the front-runner to sign for Barça, could be a viable option and can certainly provide Piqué the rest he hankers for. Geri is one of Barcelona’s most consistent starters, having played nearly every game for the blaugranas since the restart. Therefore, lowering the workload would be crucial as it wouldn’t only help Piqué’s successor make a name for himself in the starting XI, but also enable him to be at his absolute best in terms of fitness.