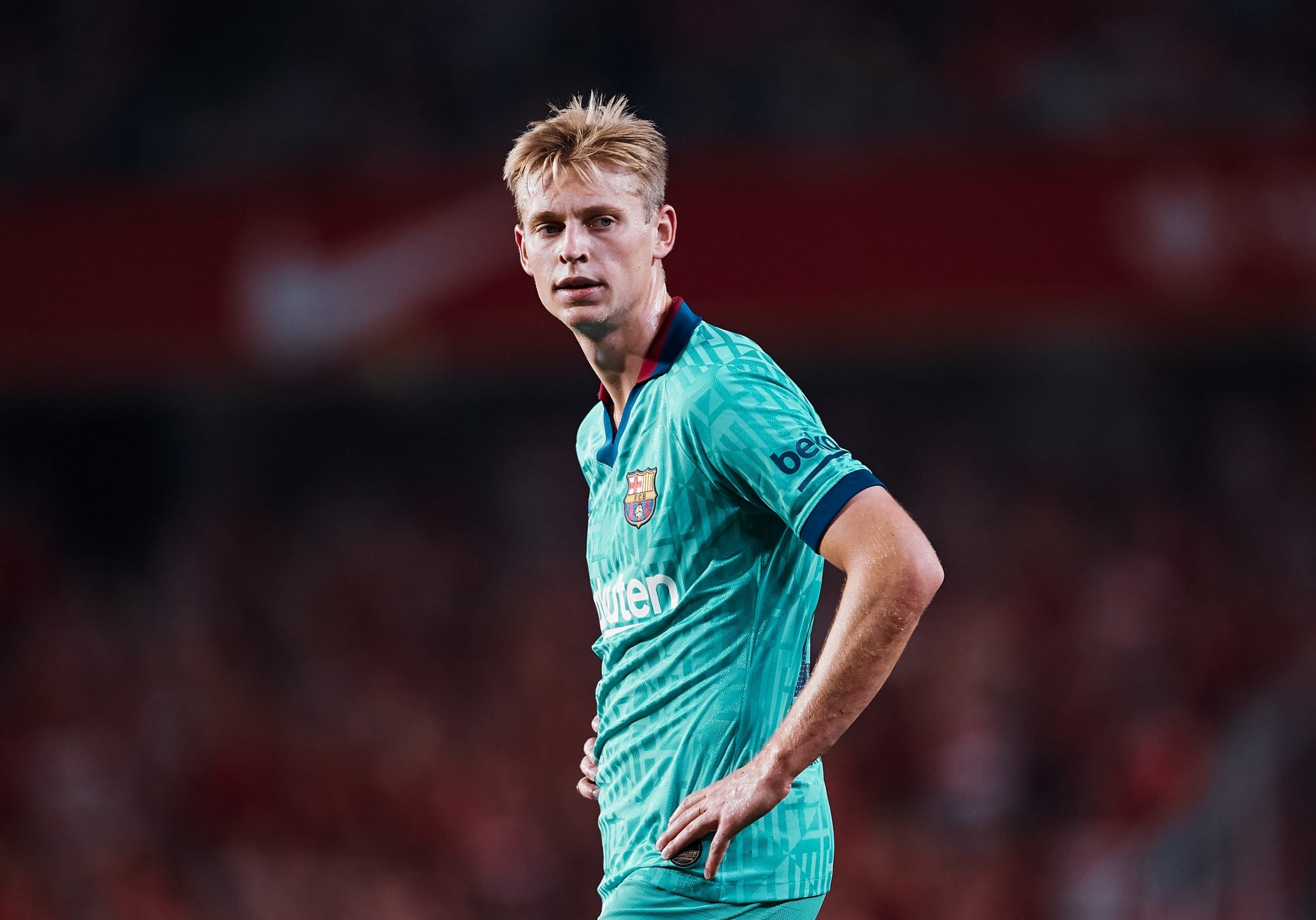 The ever smiling Dutch protege has completed his first season in the famous red and blue. With the next campaign arriving within a month, here is a quick look at the overall 19/20 season from Frenkie de Jong and whether he lived up to the expectations pinned on him.

This is the fourth episode of a series in which we review the performances of the different Barça first team players, as well as discuss their futures for the next campaign. You can check the series here.

Emotionally overwhelmed, Pep Segura’s cheeks were moistened by tears of joy. The Barcelona representatives were struggling to convince themselves that it was done. It was surely going to be Paris Saint-Germain. A tedious saga drawn over months had parties from around the globe playing a game of tug of war. Manchester City, Juventus, PSG, Barcelona, four clubs in four different nations, all connected by one name: Frenkie de Jong.

In the end, the Parisian club looked poised to take the gem home. But as they say, “It isn’t over till it’s over”. A dramatic last-minute swoop from the Catalan giants saw the Dutch protege come home to the Camp Nou. After all, those tears meant so much more for the now former sporting director.

The former Ajax star was touted to be a natural fit. Despite arriving at a club where newcomer struggle to fit, there seemed to be not a speck of doubt in De Jong’s integration. After all, he had come from Johan Cruyff’s backyard, Ajax Amsterdam. The club that is Barcelona’s cousin, the brother from another mother. At the tender age of 22, he was already the engine of a revived Dutch national team. His feet danced with the ball, and his eyes saw nothing else. Every time he looked up, it was to study the pitch and find the right pass. His mind was fixed to the philosophy that Barça fans crave: take the ball, pass the ball. The heart and the soul of an Ajax team that destroyed Real Madrid and saw off Juventus was a Barcelona player as early as in January.

More than a year later, the curtains of his first season as a blaugrana player have closed. Frenkie never looked like a fish out of water. His understanding of the field, his positioning sense, fluid one-twos and gracious flowing football always seemed a notch above his compatriots. After all, he had just come in from an Ajax team that could play football blindfolded. It was a team that played tiki-taka at its pinnacle. Every player knew where the ball will be 10 seconds in advance. With mind map of the field at the tip of his fingers, Frenkie had orchestrated the Giant Killers from the centre of the field.

Frenkie de Jong hasn’t done badly, but he can still do much better after the extremely high expectations placed in him | Photo by Aitor Alcalde via Getty Images

At the same time, he wasn’t the same. Not under Ernesto Valverde, nor the later appointed Quique Setién. Adapting to a club like Barcelona is seldom easy, particularly when played out of your natural position. Frenkie’s niche at Ajax was in the deep midfield, where he used to build out of the back. Having been a defensive midfielder even in the Dutch national team, he was more comfortable in that role.

However, his new team was in a severe creativity crisis. Barring Lionel Messi, there seemed to be nobody to create chances. With the team struggling to create openings, he was tasked with a novel position. Furthermore, with the experienced Sergio Busquets at the heart of the midfield, he was never going to get a starting role in that position. Circumstances saw him continually played as a left interior, throwing him into a new setting.

Over the first few games, it became a common sight to watch the De Jong make a pass and sprint forward hoping to get the return. Unfortunately, this understanding seldom paid off. The ball rarely, if ever came back to him in one-twos. After all, the new team was not as technically gifted as his former club. Whilst the La Masía graduates like Messi, Busquets, Gerard Piqué, Jordi Alba and Sergi Roberto could offer some comfort in terms of playing style, the others in the team failed to see what Frenkie saw. The vision never matched, and one could see him start to get a little frustrated.

Nevertheless, it would be harsh to say that he did not impress in his first course at Barcelona. Possessing mastery in the craft of passing is said to almost guarantee success at Catalonia. Frenkie had it in spades, and it showed on the pitch. He finished the league campaign with 92% passes completed, and almost 91% accurate passes in the opposition half. Something even the legends of Barcelona would be proud of. Additionally, he averaged 1.7 dribbles completed per game, which is close to 81% of the attempted dribbles. Defensively, he was massive for the team, often covering up for the full-backs.

“If I speak about my performances, I could have done much better this year. I don’t think I have played many bad games, but I haven’t been able to have a run of really good games, either. I think I have been OK, but not good enough.”

Overall, it was a mixed season. There were games where he turned up in grand style: the 5–2 win over Valencia, the 2–3 away victory over Real Betis and the second leg against Napoli, to name a few. At the same time, he had his set of downs too. The stalemate against Espanyol or the 2–1 triumph over Getafe were some instances where he just struggled to influence the game.

His injury immediately after the resumption of football put Barcelona on the back foot in the title race. Moreover, With Carles Aleñá loaned out and Arthur Melo out for other reasons, it would be safe to say that the midfield looked slower in his absence. It was that same team without him that went on to squander the advantage and pave the path for Real Madrid to lift the silverware.

What next for Frenkie De Jong?

The appointment of Ronald Koeman is music to the Dutch midfielder’s ears. Koeman has made it clear that De Jong will be playing a deeper role under his regime. Frenkie has shown his prowess under him time and time again and one hopes that the next season brings the best out of him.

“I watched Frenkie in a position that I thought ‘I would never put him there’. You invest in a player that costs you so much money, then you have to play him in his position.”

Ronald Koeman after being appointed as Barça manager

Additionally, the 23-year-old is said to have had a massive role in the appointment of Alfred Schreuder as the assistant manager. Their connection goes back to that dominant Ajax side where Alfred was a subordinate to manager Eric ten Hag. With two coaches he has worked so extensively with, the path to stardom looks clear for De Jong. Can he take another massive stride in his Barcelona career next season?