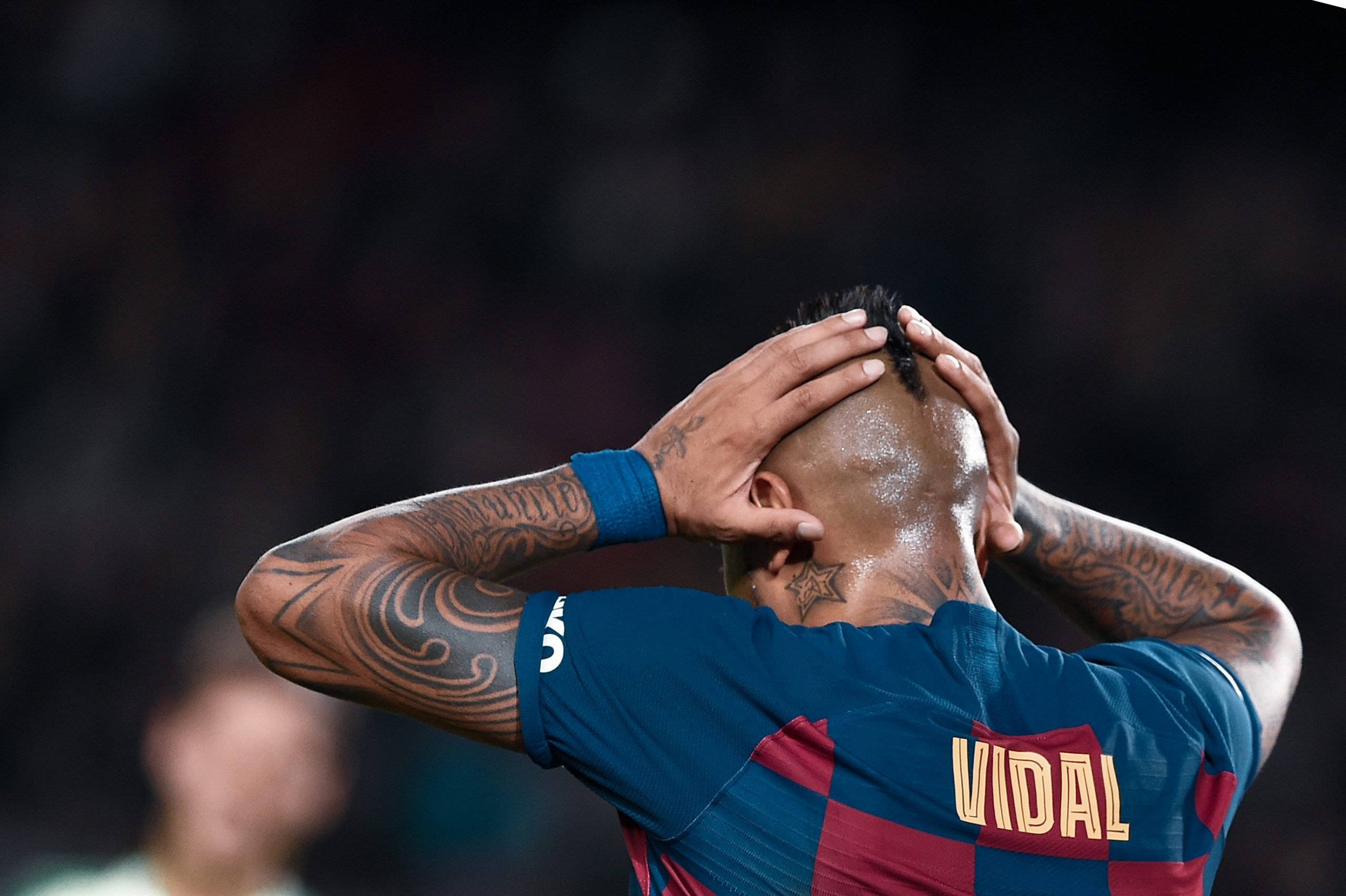 Amidst all the confusion in Catalonia, there is one certainty: the coming season will not be the same. With multiple heavyweights coming under heavy criticism, their futures at the club are hanging. Arturo Vidal too seems to be staring at the end of his Barcelona career, but how has the 19/20 season actually been for him?

This is the thirteenth episode of a series in which we review the performances of the different Barça first-team players, as well as discuss their futures for the next campaign. You can check the series here.

Arturo Vidal, a name that resonates with hard work, a warrior spirit and 100% commitment. His transfer to the Catalan club received mixed responses in 2018, but it is fair to say that he has left his mark on the club. A transitory phase for Barcelona saw the managers opting for increased services of box-to-box midfielders to grind in results. It was with the same intention that Barcelona signed Vidal.

Vidal may not be the most comfortable with the ball at his feet. Navigating through fine spaces, overcoming pressure and soft delicate touches are not necessarily in his niche. Nevertheless, he provides something different, a sense of unpredictability. As Ernesto Valverde rightly once said, Vidal provides some much-required chaos in the monotonous blaugrana midfield. His undying energy until the final minute, his zeal and commitment to the badge are undoubtedly admirable.

“Arturo Vidal is not organised, but that’s his virtue”

Similar to last season, Vidal was once again utilised by the coaches as a source of direct goal contributions. The beginning of the campaign saw the Chilean played as a right interior, though often he preferred drifting higher up the pitch into the half-spaces. His astute runs behind the defence are what made him such a potent attacking threat. Coupled with his thunderous volleys and eye for goal, the coaches had a rounded player they could count on for an instant impact.

Unsurprisingly, it was Vidal who scored the opening goal for the Catalans on multiple occasions. The statistics reveal everything: 8 goals and 3 assists are generally not numbers associated with midfielders.

As the season progressed, his style of play prompted the manager to play around with his position. With an injured Luis Suárez and Antoine Griezmann underperforming, Vidal saw out games as a winger for the team. He started on the left of the front three against Eibar, and also played as the right winger in the clash against Napoli. Though the results were favourable, the new position was an uphill task. Nonetheless, the 33-year-old struggled because of his lack of pace and tendency to drift centrally. Despite getting chances on goal, he was involved very little in the build-up.

Vidal’s dynamism, pressing and goalscoring threat was often much appreciated in an overly static and predictable Barcelona side | Photo by Gabriel Bouys / AFP via Getty Images

Towards the end of the season, as Quique Setién opted to switch to a 4–3–1–2 formation, there was yet another change in position for Vidal. As in the game against Real Valladolid, he played directly behind the front two as an attacking midfielder. Given the freedom to link up in the attack, it was his most natural position on the field yet. Despite he ended up sliding towards the right, the position brought out the best in him. He finished the game with two key passes and a goal to his name.

As much as Vidal was tasked with contributing to the attack, he was equally dependable defensively. His immense work rate is an attribute that one must learn from. Defying his age, his ability and commitment in tracking back and winning the ball are what garners him so much respect. Over the domestic season, he averaged 2 tackles and 0.5 interceptions per game. At the same time, he also won 50% of the duels faced.

Overall it would be unfair to underrate Arturo Vidal’s season. He displayed 100% commitment in every minute he was on the pitch. Statistically too, he would be amongst the top performers of the season. The only downside is a parameter that one cannot measure statistically: his contrasting style of play that often hinders the build-up.

What next for Arturo Vidal?

It is rumoured that soon after his appointment as the head coach, Ronald Koeman had direct interaction with the players who were not in his plans. Reportedly, Vidal will have to find a new club for the upcoming season. Koeman has centered his plans around a massive overhaul from the grassroots levels. With technically gifted youngsters like Carles Aleñá, Riqui Puig, and Pedri in the running, the Chilean’s presence would only serve as a hurdle to their development. In addition to relief from his demands for guaranteed game time, his departure would help clear the wage bill for Barcelona.

As for Vidal, Antonio Conte is keen to acquire his services at Inter Milan. It would be the most likely destination for the Chilean. A return to Italy to challenge his former club Juventus for the Scudetto could be the swansong for the 33-year-old.