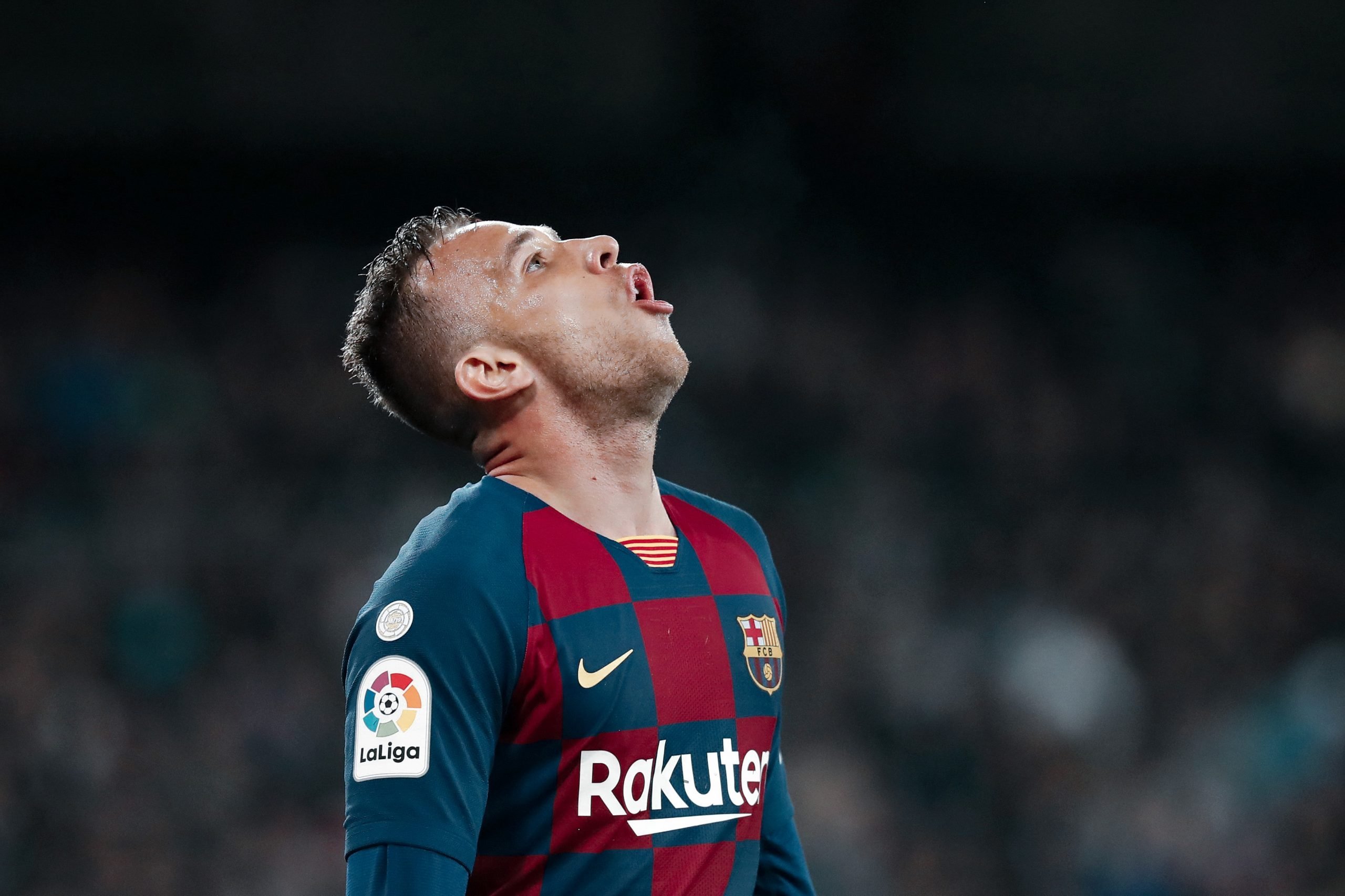 The dramatic story of what could have been but was not. The 19/20 season was the second and final one for Arthur Melo at Barcelona, and there seemed to be improvements in what many had named the next Xavi Hernández. However, at mid-season, the entire Arthur saga began and he was traded to Juventus.

This is the nineteenth episode of a series in which we review the performances of the different Barça first team players, as well as discuss their futures for the next campaign. You can check the series here.

Arthur Melo arrived to Barcelona in the summer of 2019 after having led his native Brazil’s Grêmio to the final of the Copa Libertadores in 2017. In that final, he was named the Man of the Match against Club Atlético Lanús. Arthur was a player whose style of play, at first glance, attracted attention due to the incredibly similar profile to Barcelona legend Xavi Hernández. His movements, controls and passes established comparisons with Xavi since the first day he arrived to the Camp Nou.

“I see myself when I see Arthur on television”

Despite having the so-called Barça DNA, in his first season, Arthur excelled in the opening months but did not meet the expectations or all the hype generated around him in the latter stage of the 18/19 course. Yes, he had a great campaign to be his first year in Europe, but he lacked something else to both shine and impact the game and be considered the true replacement to Xavi.

“Arthur is a very quick thinker. He has a natural talent, but, most of all, he has a lot of room to improve through training. He is already a mature player and he has massive untapped potential. He comes out of a tricky situation with ease. He has a strong personality”

In his first year in Catalonia, the South American had serious problems with his physique, as he could hardly endure the full 90 minutes on the pitch. In most matches that he started, he had to be substituted early in the second half. This did not allow him to develop constantly and the team could not take full advantage of a piece that seemed to have soon established himself in the gala XI. Moreover, he failed to identify which areas of the field to occupy at every moment and his positional game was not always on point. Still, the way he controlled the pace of the game, his press-resistance and his vision were always superb from day one.

After a first course without much continuity due to injuries and his physical condition, the real challenge for Arthur came in his second year defending the blaugrana colors. In this second opportunity, Arthur began to worry more about his minutes since Barcelona signed the glamorous Frenkie de Jong from Ajax and there was an overbooking in midfield. De Jong was generally played as interior, since the holding midfield position was reserved for Sergio Busquets or, otherwise, for Ivan Rakitić in the rotation.

There were doubts in Catalonia but at the same time great excitement for being able to see the magnificent trio of De Jong, Busquets and Arthur, something that fans hoped could replicate the Andrés Iniesta, Busquets and Xavi midfield of the Pep Guardiola era. Unfortunately, and obviously, it couldn’t, though not necessarily because of Arthur. Alongside one of the best midfielders in the world from the previous season, De Jong, and the legendary Busquets, Arthur started to stand out like no other. When De Jong and Busquets were without the Brazilian, they individually played better, but the team didn’t. By contrast, when Arthur Melo was on the field, he amassed a greater percentage of the ball and his stylish wonders overshadowed the others, yet the team performed better.

Arthur improved his positioning considerably by discovering new zones of the pitch that he had never explored before. He moved from one side to the other, offering himself to a teammate or driving the ball forward. His impact in the offensive third increased. By the end of October, he had already registered two goals and four assists in La Liga plus Champions League. This contrasted with the two assists and no goals he had recorded in the entire 18/19 term. Furthermore, he improved his turns to evade pressure. A few seconds were enough for him to leave the opponents behind and go out to create a dangerous chance.

In addition, Arthur continued to perfectly control the tempo of the game, being what the team needed since he differed from the more usual backward or sideways passes. Arthur was more adventurous and this made him shine so much during his sophomore year. Nevertheless, when everything was pure joy with the Brazilian, when there was nothing to correct except his physique, and when Arthur was happier than ever, the drama began. First, it was recurring injuries again. But then, president Josep Maria Bartomeu, in an unethical way, forced Arthur to leave the club when he was living his dream. Bartomeu did everything possible to remove the Brazilian from the team so that he could get some income to balance the books.

After several weeks of making life impossible for Arthur, Barcelona completed the exchange between the 24-year-old and Juventus’ Miralem Pjanić. At the end of the season, Arthur was going to move to Italy for 72 million euros plus 10 in variables, with Pjanić going in the opposite direction for €60 million and 5 in add-ons. Some time later, after Arthur was left upset, unprofessional actions began from the player, who was still part of the Spanish club and confirmed that the Arthur – Barça relationship had died.

But what if…? What would have happened to Arthur with a better board? What if Arthur had remained at the club past 2021 and had been coached by Xavi? What if he had been allowed to stay? He would have probably become either a legend or a failure. But the truth is that we will never know because of the incompetence of the Barcelona board.

What next for Arthur Melo?

Arthur is now officially out of the club and will now start a brand new adventure in Turin under Juventus’ new coach Andrea Pirlo. The Brazilian will need to work hard to improve his physique and continue to shine as fans had started to appreciate at the start of the 19/20 season. Culés may envy Juventus for having a player who could perhaps mark an era in the midfield position and that, unfortunately, was only allowed to have an intermediate step at Barça.

Notwithstanding, instead of lamenting the loss of Arthur, Barcelona will have to enjoy another great talent, albeit much older, in Miralem Pjanić. The Bosnian can be a world-class midfielder and it will be interesting to see how he can fit into Ronald Koeman’s plans for the following season. Pjanić will have to make fans forget about Arthur.