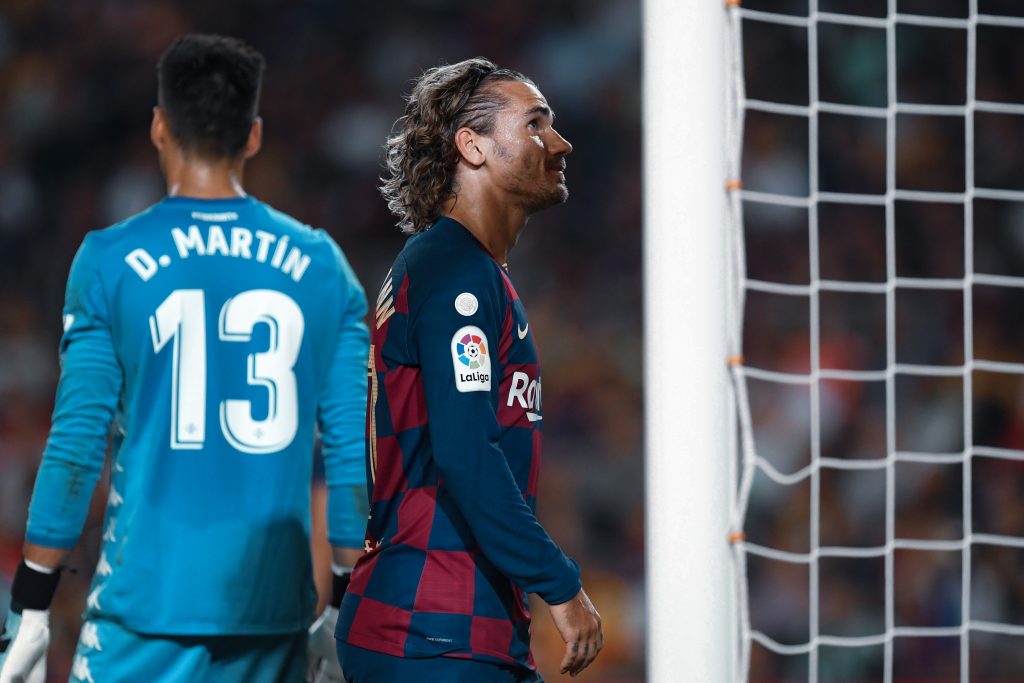 Antoine Griezmann was a new signing for Barça last summer and, while he did not do wonders, he still had a decent 19/20 season. Let’s review it.

This is the second episode of a series in which we review the performances of the different Barça first team players, as well as discuss their futures for the next campaign. You can check the series here.

Superstar signings often take time to adapt, and they are always bound to fail when they have moved for astronomical fees that will not help their developments. After signing the disappointments that were Philippe Coutinho and the still injured Ousmane Dembélé for insane prices, Barcelona did not learn from their mistakes and decided to go for Antoine Griezmann, a World Cup winner that is suited to one role and one role only.

Being a system player is not a bad thing; it only means that the player in question is needier and perhaps demands a team built around him to succeed. When the team leaders are Luis Suárez and Lionel Messi, two legendary forwards, your demands will be overlooked for theirs.

The problem with Griezmann this year was that his requests were ignored entirely for the well-being of Suárez and Messi, even if it meant the team would be worse. Griezmann as a left winger was a decision by Ernesto Valverde that did not work. The Frenchman is a 29-year-old World Cup champion who has played the majority of his career under Diego Simeone as a secondary striker, so how did culés, and football fans all over Europe, think he would succeed playing on the left of a dying system in a team bereft of any confidence?

The former Atleti superstar did show glimpses of his talents, and while 15 goals and a few assists are not enough for the hefty sum Barça paid for him, Griezmann did decently. Fifteen goals in his first season are something he will improve on and whenever he gets used to the team, expect Griezmann to be a beast. This year, though, Griezmann did not do well enough, especially for the expectations and price set.

Griezmann’s figures and displays have not been bad, though they could be much better | Photo by David Ramos via Getty Images

Nonetheless, the forward never lost his spirit and was a professional from A to Z, even in such toxic environment. His work rate never decreased, always running up and down the pitch like a madman to get the ball back for the whole season. Indeed, he wasn’t the best in front of goal, missing some vast chances, but he still did well against Napoli in the first leg of the Champions League round of 16. Griezmann became the first player not named Messi to score an away Champions League goal since 2015. His finish in the bottom corner was beautiful and made famous when one sees that Barcelona only had one shot on target: his goal.

Antoine’s best game came as La Liga ended. Against Villarreal away, Quique Setién deployed a 4–3–1–2, putting everyone in their preferred position, and that means Antoine Griezmann was feeling at ease for once in his blaugrana career. The Frenchman went in behind Lionel Messi and Luis Suárez, running for two and distributing some insane passes from the beginning. Incredibly crucial for the opener, as he started the play and, with his movement, made the talented Pau Torres turn the ball in his own net, Griezmann went from strength to strength in a game that made culés believe there was a chance.

Everything was perfect, and Griezmann got a goal, and what a goal that was. After Leo Messi’s backpass on the edge of the area, the number 17 chipped Sergio Asenjo to score a Messi-esque goal before half-time. Griezmann was superb and plainly showed that, when played in his favoured position, he can be a threat to opposition teams, not only with his runs but his feet and intelligence too.

All in all, Antoine Griezmann’s first season at Barça hasn’t been a success, but it hasn’t been that bad either. Fifteen goals, four assists, good performances –– even when he was misfiring –– and important milestones, Griezmann has had a decent season and is not one to get scapegoated after the traumas Barcelona suffered this summer.

What next for Antoine Griezmann?

Antoine Griezmann’s season has been decent and, if played in the right position, he could be end up being a shining star at the Camp Nou. With Luis Suárez apparently on the market this summer, Griezmann will surely be considered as one of the strikers in this squad and may play closer to his initial position.

Next year will be do or die for the Frenchman, who has to show more in order to triumph at Barça. With his attitude not changing, he will definitely become a resounding success if he sticks with Barcelona. The best is yet to come.