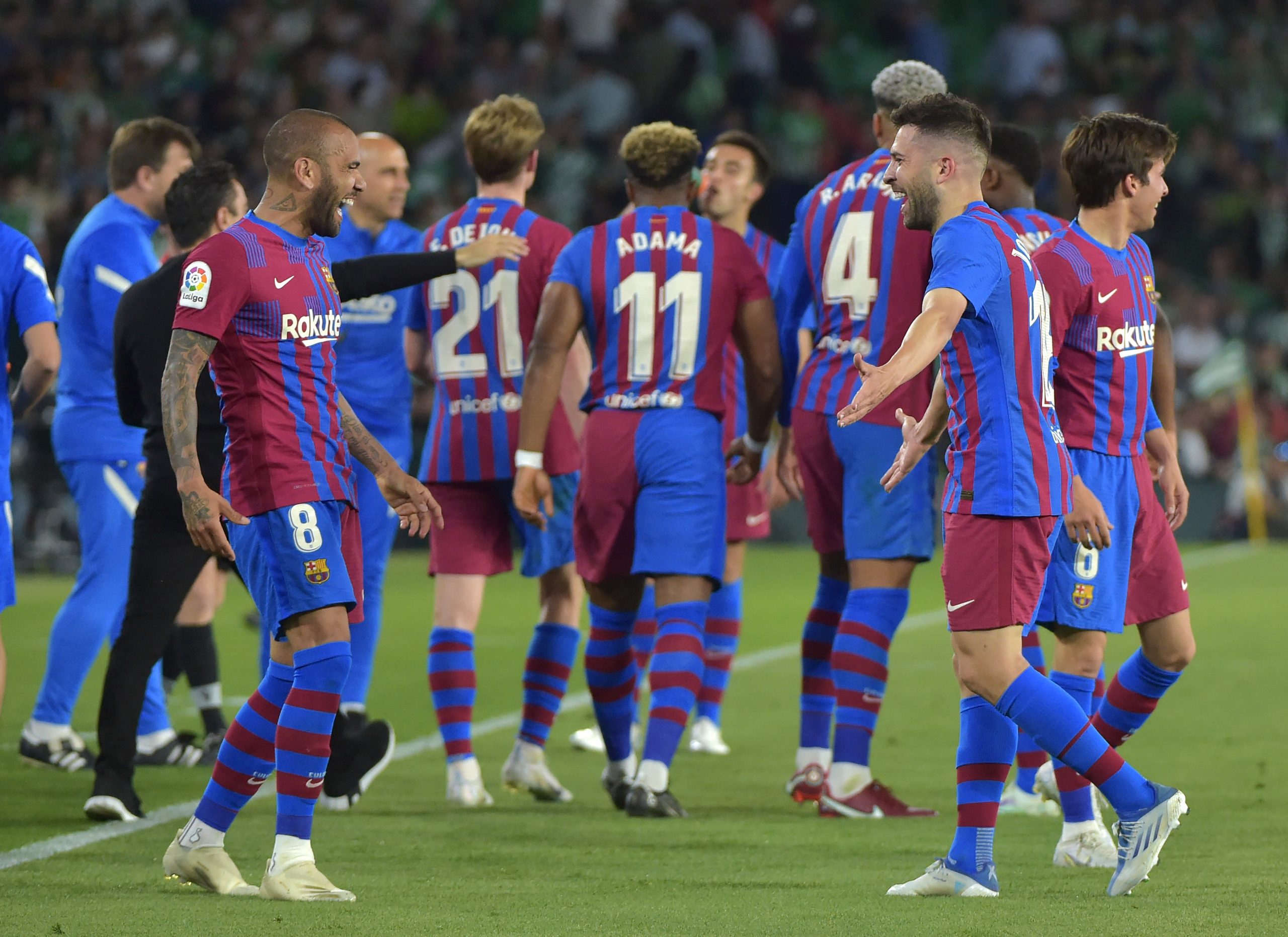 Barcelona’s clash against Real Betis at the Benito Villamarin was the start of a headliner football weekend, and it certainly delivered.

After an evenly-contested first half, the Blaugranes were evidently flustered and resorted to crossing like a broken record in a pub. Eventually, it was none other than Ansu Fati who opened the scoring with a snapshot in the 76th minute from outside the box.

Marc Bartra scored his first goal in the league with a header against his former team to equalise, but Jordi Alba got the last laugh with a sensational volley to win the game in the 94th minute.

Neto was unlucky to not walk out with the clean sheet from this game, and definitely cannot be blamed for Bartra’s goal. He made a couple of excellent saves and was flawless in possession.

Arguably Alves’ best game since his return to Barcelona as he defended brilliantly for the most part. He was alert throughout the game, made important tackles, ran the midfield, and eventually got the assist for Alba’s winner.

Araujo continued on the trend of superb performances this season with another feather in his cap tonight. He made several game-saving blocks, and came incredibly close to scoring with a bullet header.

Garcia was decent on the ball, but was lucky to have Araujo babysitting him off it.

Barcelona scored two goals tonight, with Alba assisting the opener and scoring the second. He made a handful of questionable decisions, but it is difficult to look past his output.

One of his worse performances this season, Frenkie de Jong, looked completely out of sync with the rest of the team. Not much to say about this display except that it is coming at an especially poor time for a player already linked with an exit.

Captain fantastic Sergio Busquets has been on an upwards hike since Xavi took over the team, and was the best performer in midfield. He controlled the tempo tremendously and defensively, was unplayable with several clutch tackles.

Gavi made a game-high five fouls tonight en route a less-than-decent performance. This included several poor decisions, especially on an occasion where he could have assisted Torres but decided to shoot.

Dembele gave a hard time to Alex Mereno on the wing, but failed to create any chance tonight. The team was evidently over-reliant on his ball progression, but Bartra and German Pezzella read his ideas well on most occasions.

Another game, another sitter missed for Ferran Torres. The Spaniard played as a striker, and was invisible for the most part. Failed to link up with the midfield, wings and did not even test Claudio Bravo more than once.

Memphis looked sharp in the opening minutes, but phased out when the speed ramped up.

Came on with nearly 30 minutes to spare, and missed the only other big chance of the game.

Did not do enough to impact the game even though he was brought on to change the scoreline.

13 out of Ansu Fati’s 19 goals for Barça have come in under 20 minutes after he entered the pitch. pic.twitter.com/Aql38YrMnf

Made an impact within seconds of coming on, beating defenders in the box and eventually breaking the deadlock. Fati has a genuine knack forhttps://barcauniversal.com/official-barcelona-secure-champions-league-spot-for-the-2022-23-season/ scoring, which will come in more than handy for Barcelona should he manage to stay fit.

Had enough time to change the game for the visitors but failed to control his own tempo. Ran into traffic multiple times, and will almost definitely not get minutes if he continues like this.