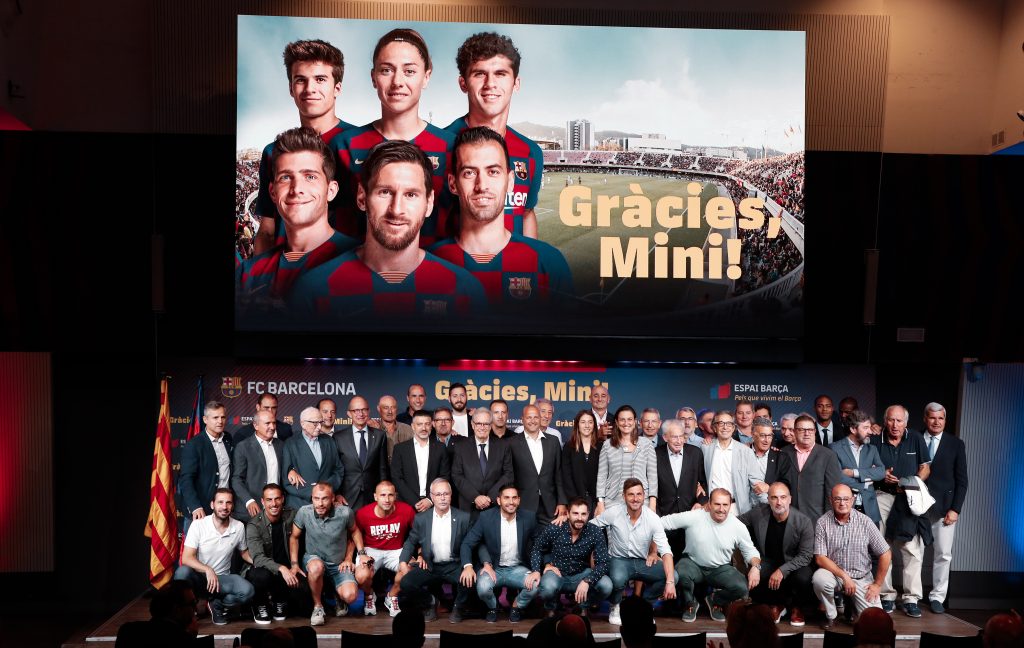 As Barça B celebrates its 50th birthday, we remember the key yet often overlooked figure of former player and academy coach Quique Costas.

On 12 June 1970, Barça B was founded. Following the advise of coach Vic Buckingham, president Agustí Montal decided to merge Club Esportiu Comtal and Atlètic Catalunya, which had previously been acting as Barcelona’s second teams. This was 50 years ago today. Since then, Barça B, initially called Barça Atlètic, has produced an endless list of talents, all shaped in accordance with a unique philosophy. Throughout its history, Barça B has played in three different stadiums, Fabra i Coats, Miniestadi and Estadi Johan Cruyff, while it has competed in all categories from the Third Division B to the Second Division.

At present it finds itself in the Second Division B, or the third tier of Spanish football, but it hopes to achieve promotion to Segunda through next months’ play-offs. Still, it really isn’t results what have determined the importance and quality of Barcelona B. Instead, its greatest impact lies in the countless gems produced and the exemplary methodology followed through all these years.

José Maria Loredo was the first Barça Atlètic player to make his debut in the first team, but many more have followed him. The likes of Guillermo Amor, Josep Guardiola, Chapi Ferrer, Sergi Barjuán, Iván de la Peña, Carles Puyol, Víctor Valdés, Xavi Hernández, Andrés Iniesta, Lionel Messi, Sergio Busquets, Pedro Rodríguez, Thiago Alcântara or Sergi Roberto are some of the many honourable products to have gone through Barça B in the past half a century. Meanwhile, Carles Aleñá, Riqui Puig, Álex Collado, Monchu Rodríguez or Ansu Fati all hope to join the list of Barcelona icons after having developed and shown glimpses of their quality at the B.

To shape and teach these innumerable youngsters, though, Barça B has had many other historic coaches that have guided such gifted teenagers. In total, the B has had 18 different managers, which include true professors like Laureano Ruiz, Joan Segarra, Toni Torres, Martínez Vilaseca, Josep Maria Gonzalvo, Pep Guardiola, Luis Enrique or Eusebio Sacristán. Or the latest one, Xavier García Pimienta, who reunites all the knowledge and capacities to be the perfect heir to all of them.

Quique Costas, during his time at Barcelona as a player

Still, one of, if not the, best managers to have ever coached Barça B is none other than Quique Costas. For his humanity, expertise and generosity, Quique is highly regarded at Barcelona. He first was a player, signing for the Catalans from Celta de Vigo in 1971. He was part of Johan Cruyff’s era at the club as a footballer, and together they won the league in 1974 with a famous 0–5 victory over Real Madrid at the Santiago Bernabéu. Cruyff already was a very demanding teammate, and Costas learned a lot from him.

A team player, Quique Costas later became a magnificent servant for the club as a coach. Not only does he hold the record with 418 games as Barça B’s manager but, especially, he has left his mark on endless young footballers or “nanus”, as he called them in Catalan. Quique never wanted to attract too much attention, as he was always willing to help the club from the background of the B. An extraordinary pedagogue, he sheltered his teenage students under his wings while giving them freedom to fly on their own when they had to.

He perfectly knew what did each of his players needed, since each required a different treatment or guidance. Andrés Iniesta, for example, was very self-sufficient, and was like a sponge in acquiring all the concepts he transmitted him. Shared by El País, Quique expressed: “Iniesta was a delight as a kid. I remember fondly a game in the Second Division B against Zaragoza’s reserves. He played as the holding midfielder and delivered an exhibition that La Romareda [Zaragoza’s stadium] will never forget. Andrés is very loveable for his footballing and human quality: he’s close, humble, affectionate”.

❛ The people currently in charge of Barça want immediate results and I think that patience is needed. They wanted the B team to be in the Second Division A instead of the Second Division B, but why? Now they think of signing players aged 25 or 28, but that’s worth nothing. It’s bread for today, hunger for tomorrow ❜

Mentor for Pep Guardiola, Iván de la Peña or Iniesta himself, among many others, Costas would say: “It is not the same to coach a professional than a boy. There are some ages which are particularly difficult; you must always be conscious that you can hurt and ruin the teenager, and thus you must be fair and honest with the decisions you make”.

Generous and caring, Quique Costas always thought about others first, and about himself second. He was the B boss on three separate, from 1989 to 1996, from 2001 to 2003 and from 2005 to 2007, but when he was not a manager he also supervised and helped in trainings. He always waited for his contract to be renewed at the end of each season, and in 2014 he thought the same would happen again.

Nevertheless, when he returned from vacations, he found out that the board had decided to retire him. He was first told that he would continue, but, in the end, president Josep Maria Bartomeu informed him that, at the age of 67, it was time to retire. Not a pleasant way to say goodbye to a man that had given a lot to Barcelona while always asking for nothing in return through 43 uninterrupted years. Continuously away from the spotlight of the first team, the values, modesty and unselfishness of people like Quique Costas are what make a colossal institution like FC Barcelona more human and gentle.