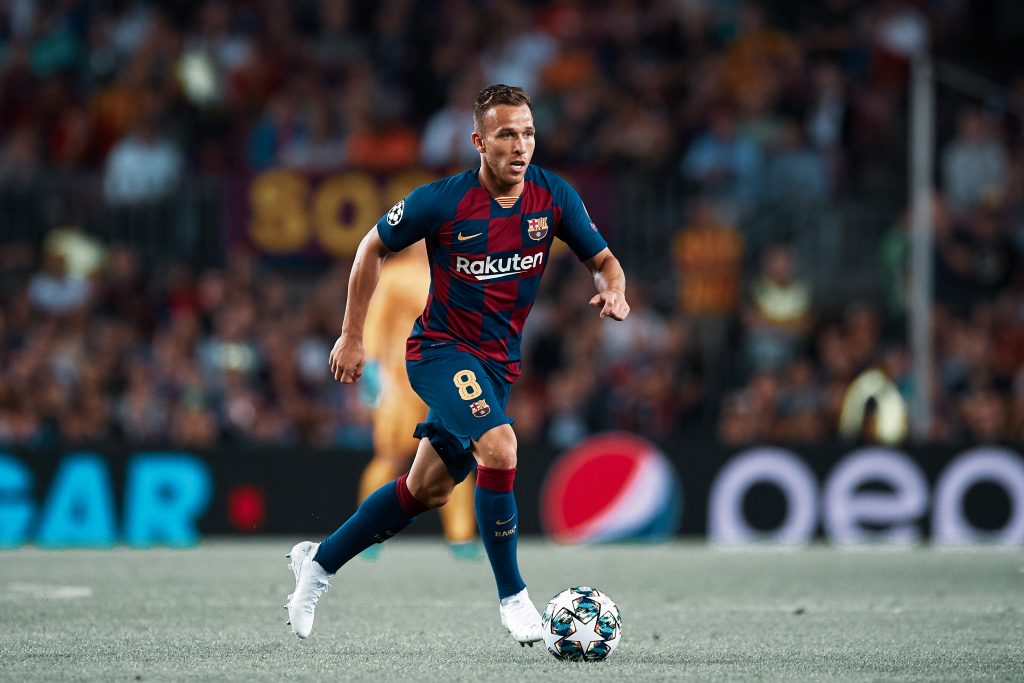 Several months have passed since the world of football witnessed a Champions League match. After a long time without the most important tournament in Europe, it is normal that there are many unresolved questions with the return of the tournament, especially in relation to FC Barcelona.

Before making any kind of analysis or prediction, there are a couple of important things to keep in mind and that could be essential when the Champions League returns, like if Ousmane Dembélé will be available, or if new signing Francisco Trincão will be allowed to play. That is why here are the five things you have to know about the return of the Champions League.

1. Where will the matches take place?

The games of the round of 16 that were pending will be played where they were due to be played before the pandemic break. The second legs of such qualifying round will be held in the stadiums of the corresponding teams, including the Barcelona vs Napoli. The Catalans will face the Italian club at the Camp Nou, although access to fans will not be allowed.

However, starting in the quarter-finals, all clashes of all teams will take place in Lisbon, since Portugal is one of the least affected European countries by the pandemic.

2. How will the new format of the Champions League be like?

The format changed. Now the four games that were pending from the round of 16 will be played on August 7 and 8. Subsequently, the mini-tournament will begin on August 12, which is when the quarter-finals begin, and will end on August 23, the date of the final.

The knockout stage from the quarter-finals to the final will all include single-legged ties, not as it used to be with two matches. Moreover, it is still up for discussion whether fans will be accepted in stadiums or not, although we will probably have a negative answer.

Finally, the rule of five substitutions per team in each game will remain in the Champions League as it has been practiced in the European leagues.

3. Will Dembélé be ready for the Champions League comeback?

The latest reports said that Ousmane Dembélé’s recovery is not going as fast as first expected and he will surely miss the duel with Napoli. Furthermore, he will probably not be available for the quarter-finals nor the semi-finals. Nevertheless, the Frenchman could be ready for a hypothetical Champions League final, but it will come after multiple months without playing or proper match fitness. The good news is that Ousmane will soon return to training with the team.

4. Can Braithwaite and Arthur Melo play for Barcelona?

Martin Braithwaite arrived in Barcelona in February as an emergency signing in a period when the transfer market had already closed on January 31. The teams participating in the European tournament can register their players with their new club before the end of January. Therefore, Braithwaite will not be able to compete with Barça in the return of the Champions League.

On the other hand, Arthur Melo was officially sold to Juventus a couple of weeks ago and there is doubt on which team will play the Brazilian in the Champions League. The signing of Arthur by the Italian club is for the 2020/21 season, and the continental tournament that will be played in August corresponds to the current campaign. Consequently, Melo will play for Barcelona unless the player refuses to do so, although this does not seem to be the case and he will participate with the Catalans.

5. Will the new signings of the European clubs be able to play with their new teams?

The answer is no. Francisco Trincão and Pedri will not be able to play for Barcelona in the Champions League this season. The loanees who will be available for the club in the following campaign such as Philippe Coutinho, Rafinha Alcântara, Jean-Clair Todibo, Carles Aleñá, Oriol Busquets or Juan Miranda will not be able to do it either.

? — Barça and Bayern have reached an agreement so that Coutinho's loan can be extended so that he is able to play for Bayern in the Champions League. [sky] pic.twitter.com/4nUpbSBYQS

Similarly, the recent signings of the other clubs participating in the Champions League, such as Timo Werner and Hakim Ziyech for Chelsea or Leroy Sané for Bayern Munich, will not be able to play with their new teams in the European tournament.

It should be noted that each player has the right to make the decision on whether or not to play with his old club if his past and future team are in the same competition. For example, Coutinho, Arthur and Miralem Pjanić will play with their corresponding teams, among many others. However, Timo Werner refused to play for Leipzig to fully concentrate on Chelsea, although he will be unable to play with his new teammates until the following course.