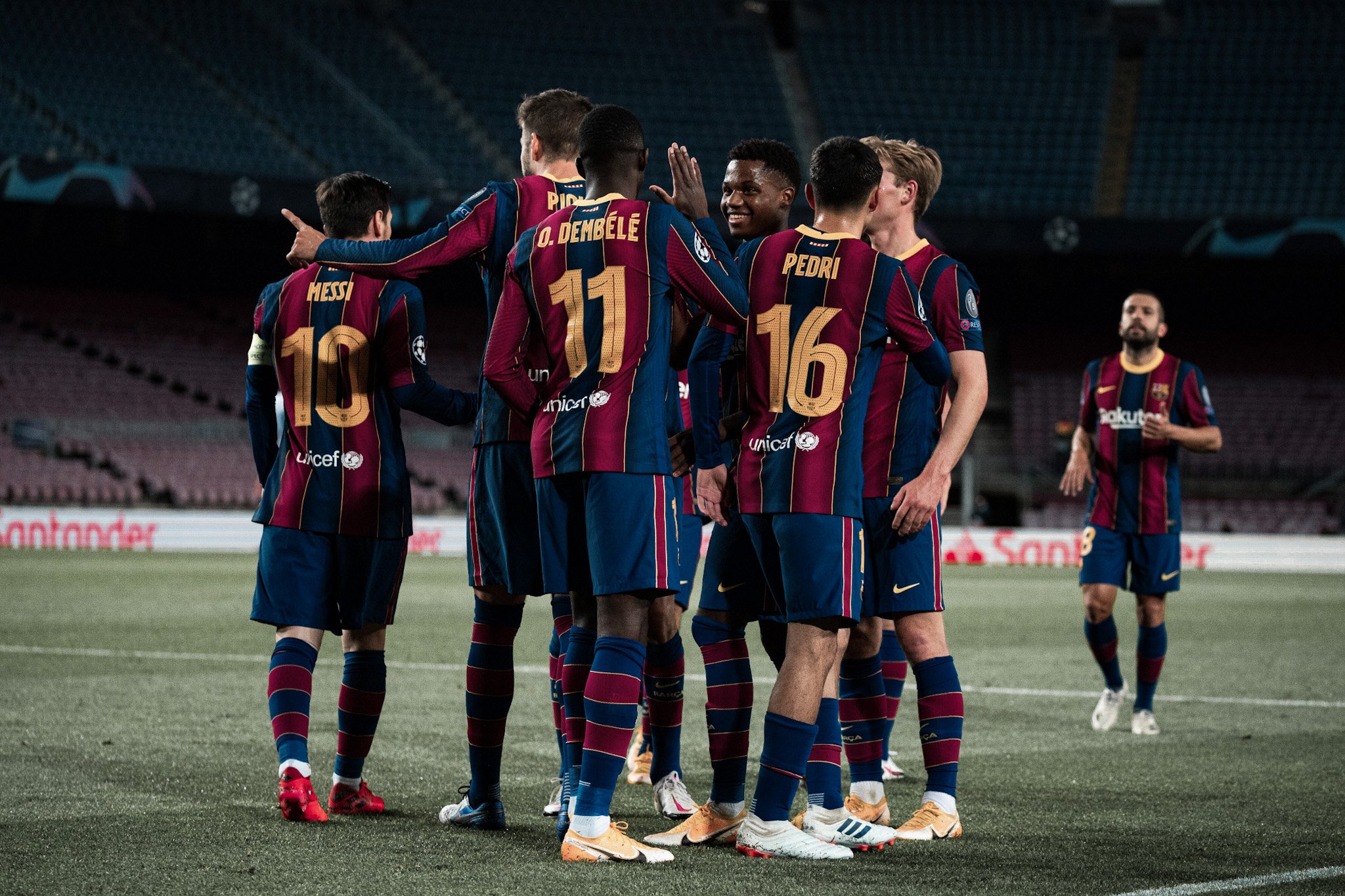 Photo by Xinhua via Imago

As we enter 2021, now is as good a time as any to reflect on the past year and all that’s happened. For us Barcelona fans, it’s been another twelve months of poor performances devoid of any success. We know all the shortcomings that happened this year, but what are some positives we can take away? At Barça Universal, we have created a list of things Culés can be thankful for in the past year.

1. Another year with the GOAT

Another year of Barcelona football meant another year we could watch Lionel Messi. The Argentine graced our screens with his play, tallying 26 goals and 18 assists. Although the team’s performances were less than stellar, Messi was often the silver lining. Night after night, he put the team on his back, but it, unfortunately, wasn’t enough. Age and attrition seem to be catching up to the six-time Ballon d’Or winner, but even this version of Messi is one of the worlds best.

Things were soured after the previous board refused to let Messi leave Barcelona, but he has still performed like the best player in the world. Now as we enter the January transfer window, all eyes are on his next move.

In addition to Messi’s typical brilliant performances, Barça fans were also introduced to a myriad of youngsters destined to lead the team into a new era.

In January, Riqui Puig made his first mark in a Barcelona uniform, helping to orchestrate the decisive goal in a 1-0 La Liga victory over Granada. His appearances were far and few between, but he always performed whenever given a chance. As a testament to his abilities, he was probably Barça’s best midfielder in the first half of 2020. Like a genuine La Masia graduate, he brought a spark to the Blaugrana’s lacklustre midfield.

Pedri was brought in from Las Palmas over the summer, but nobody could have expected his immediate rise to stardom. In fact, there were even rumours that he might be loaned out before the start of this season. Luckily for Barça, they decided to keep him with the first team. The 18-year old has already made 20 appearances for the Catalans and Koeman has genuine affection for him–with good reason. He plays beyond his years and is a constant threat with his technical ability and creativity.

On the defensive end, Ronald Araújo and Oscar Mingueza have had more opportunities due to injury, but have proven their worth nonetheless. Araújo’s physical attributes and raw tackling ability give him a claim for the starting spot every night, and Mingueza is a reliable option as well.

Sergiño Dest has made the right-back spot his own and has brought a jolt of creativity that has lacked ever since Dani Alves left in 2016. Some detractors argued the 20-year old American was punching above his weight at Barcelona, but he’s proven all doubters wrong.

3. New era more palpable than ever

With the rise of the aforementioned players, not to mention the injured Ansu Fati, Barça’s future era is now more palpable than ever. Long gone are the days of wondering who will carry the team into the future. Barring injury or other unforeseen circumstances, Barcelona’s future defense, midfield, and forward line are taking shape. Luckily for Culés, these players are not just prospects for down the line, but rather ones who can immediately impact winning.

Araújo and Dest will be mainstays in the defence for the next decade, while Pedri, Fati, and Puig should be constants in midfield and attack. Barça’s future is truly in safe and reliable hands.

Another thing Barcelona fans can be thankful for this year is “Més que una Moció”, translated to “more than a movement”. This was the name of the successful motion of no confidence that ousted President Josep Bartomeu and his board. Even though his term was set to end in the summer of 2021, socios (Barcelona club members) came out in droves to trigger his early departure. It was a natural consequence of years of mismanagement and controversy. The movement was a testament to Barça fans and the power socios have to make meaningful change in the club.

Fans, whether club members or not, can rest easy knowing that no matter how bad a situation may get, the power to make a change is ultimately in their hands.

Most important of all, we owe boundless gratitude to each other. In a year of a pandemic and countless other trials and tribulations we have all dealt with, we can be thankful for everyone in our lives who have helped us through thick and thin. For us Culés, this means our fellow Barça fans who have made the experience of supporting Barcelona even sweeter– from every heated debate to passionate rant about the team’s lacklustre performances.

Furthermore, we can be thankful for all of those who sacrificed so much and worked so diligently and tirelessly throughout the past year to keep our societies and institutions afloat. As football fans, they also helped give us some semblance of normality by helping the sporting world survive during this tumultuous time. From all health care workers to training staff and players, we can not be more grateful for their sacrifices.

2020 was a tough year for everyone, but with empathy, compassion, and one another, we’ve managed to make it to 2021. Even in a year without any on-the-pitch success, there are still things us Barça fans can be thankful for.