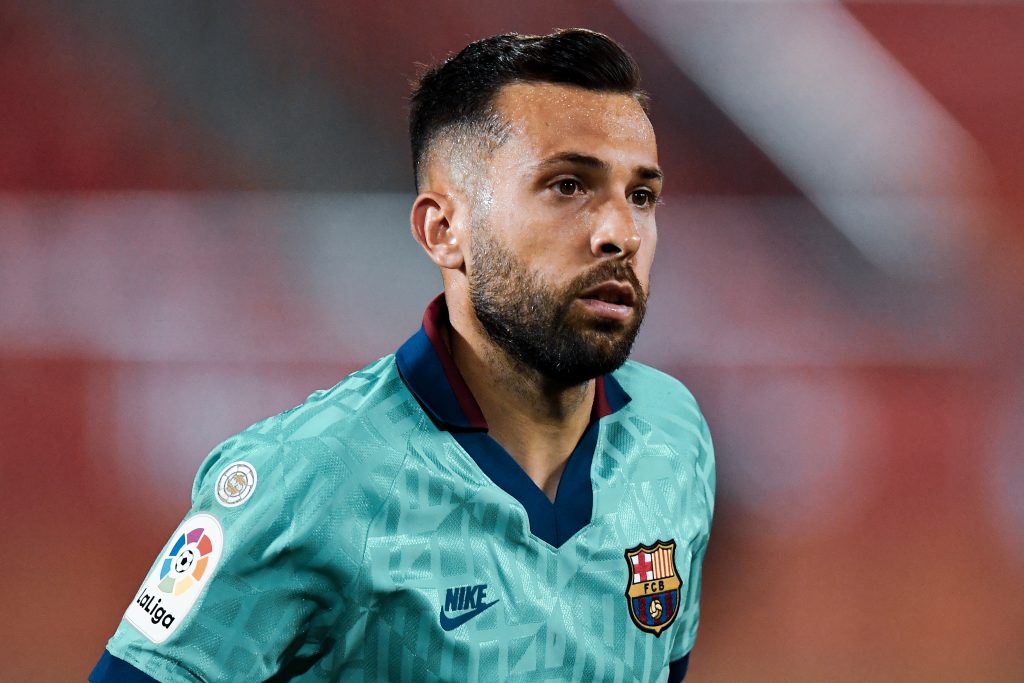 Barcelona played its first game after more than three months without being able to do so. Against RCD Mallorca at Son Moix, the blaugranas looked fresh and healthy, but sometimes they were seen without initiative. Still, they exceeded the expectations considering the circumstances, and it was a great return to La Liga overall. Extraordinary centre-back Ronald Araújo received his first opportunity as a starter in the first team, Martin Braithwaite scored his first goal as a Barça player, genius Lionel Messi delivered his umpteenth masterclass, Luis Suárez completed his return and, of course, the collective shone in an very good display from everyone.

❛ We gave Mallorca a bit of space and freedom at times, but I’m satisfied with the team’s overall performance ❜

However, there were times when the team lacked creativity, verticality, and some players seemed to have some different feelings. All normal after a long time without touching a ball. The good news is that culés can see their favourite team playing more often now, and this first match left everyone with very positive sensations.

Four goals, a clean sheet, no injuries and three important points as a visitor. The result of this first match was better than anyone could have imagined. Barcelona came out to dominate from the first minutes. Despite lowering the intensity around the 25th minute, the azulgranas managed to create threatening chances from time to time. This led to four goals. Four goals that were scored by different players, a message that tells that the team, in general, has arrived in great shape. Perhaps there were moments when Mallorca began to be more dangerous than the Catalans, but the commendable defensive work was key to keeping the goal to zero.

With this result, Barcelona is leading with five provisional points over Real Madrid, second in the table. With ten games left, this victory at Son Moix adds motivation to the team, happiness to the players in returning to play football, and more comfort in the group. Quique Setién’s ideas finally seemed to fully reach the players. Like the performance from the highly offensive full-backs, or the way of changing formation in attack–defence simultaneously.

If there is someone who deserves the applauses, that is Ronald Araújo. The Uruguayan centre-back got the full 90 minutes in this opening post-pandemic match due to the suspension of Clément Lenglet and the too recent medical greenlight of Samuel Umtiti. In spite of the fact that Umtiti was already available, Setién trusted the Barça B youngster for the difficult task of being a defender for Barcelona.

Barça at times had problems in dealing with the trickery of Mallorca’s Take Kubo, but a clean sheet was achieved in the end | Photo by David Ramos via Getty Images

Being a defensive player in this club implies having great footwork, positioning, anticipation, reading of the game and conviction. Araújo surprised with all these attributes and astounding confidence against Mallorca. Not only did his physical power give him an advantage, but he performed all the aforementioned tasks that are needed to do a great job in that position. If it were not for Lionel Messi’s genius, he would have been deserving of the Man of the Match award.

What a joy to see second-team players having their opportunities at a professional level, even if, with the return of Lenglet, Araújo will have fewer appearances. The good news is that after this game teammates and coaching staff will certainly have more confidence on Ronald. He definitely deserves minutes in some of the remaining ten games, maybe not as a starter but at least coming off the bench.

3. Griezmann, great in the defensive work, non-existent in offence

One of the footballers who always generates high expectations is Antoine Griezmann. For being a world-class star and with a transfer value of more than 100 million euros, there are reasons to get excited whenever the Frenchman’s name appears on TV. After the break, Griezmann was expected to be seen more comfortable and settled into Barça’s dynamics. But no. Antoine was once again lost in different areas of the field, without contributions to the creation of the game, and without many shots at the opposing goal. Nonetheless, his defensive work and attitude to support the ball recovery were good, as always.

If Barcelona want to compete in each of the remaining duels, a great contribution is needed from Griezmann. In attack, the Catalans have Lionel Messi, Luis Suárez, Martin Braithwaite, Ansu Fati and Antoine Griezmann. The Frenchman is one of those who will definitely have the most minutes, but with tough competition, he needs to prove that he does deserve them. The team needs the best version of Antoine, today and always.

The players returned with great motivation to play the sport they love so much. Great performances were witnessed, such as Jordi Alba’s, who before this clash had only scored one goal and distributed one assist throughout the entire season. Yesterday, though, the Spanish left-back managed to double his statistics. He still lacks consistency, as he made some meaningless passes and may need more refining, but Jordi Alba is truly back.

Similarly, Martin Braithwaite unsurprisingly added intensity to the team. In attack, he did not participate much, but when he did, he linked up very well with his teammates, managing to score a goal and generating many goalscoring opportunities. In defence, he may not have the best qualities, but he more than made up for it by pressing hard with his high intensity.

❛ Been so long since I’ve seen Messi play, I was getting withdrawal symptoms. Just the one goal and two assists. Life is returning to normal ❜

Other footballers had a remarkable display last night too, obviously like Lionel Messi. Messi managed to finish the match with two assists and a goal to his name. Another night in the office for the number 10. That said, the chance-creation in attack depended on most occasions on the brilliance of the Argentinian. Something that could be worrying, though thankfully yesterday Barça had four different goalscorers.

Similarly, Frenkie de Jong was important in the culés‘ first two goals with his superb vision and anticipation. Sergi Roberto and Sergio Busquets excelled, with intelligence and sacrifice on the pitch. Finally, Luis Suárez returned to action after his knee operation back in January. He delivered an assist to Messi after a great job in providing Leo more spaces. Little by little, the Uruguayan needs to start regaining some rhythm, as he could be fundamental for Quique Setién.

The only negative aspect of the match against Mallorca were Barcelona’s problems with balancing ball retention with verticality. Lots of possession, but at times no purpose. Lots of control, but little creativity. The team frequently made backward passes with no intention of looking to create a dangerous play. Some more directness will be needed if Barça are to break more compact blocks.

Of course, this was just the first game after a long break and the team may be working on that already. Actually, yesterday’s performance was even better than what Barça had been doing before the break. Even so, to win the league and also challenge for the Champions League, more work is needed. There are still complicated games on the schedule and verticality is a factor that needs to be improved.

❛ We don’t care who the opponent is. Today we did what were supposed to do, win the game ❜

Yesterday, the Catalans had the lead from the start, but if it had not been so, could they have managed to break the deadlock so easily? What would have happened if Mallorca had scored first? In the upcoming fixtures, all these unknowns will look to be resolved as Barcelona aims to get back to its top form as fast as possible.

• As Mallorca suffer, is it easier for Barcelona with no fans?