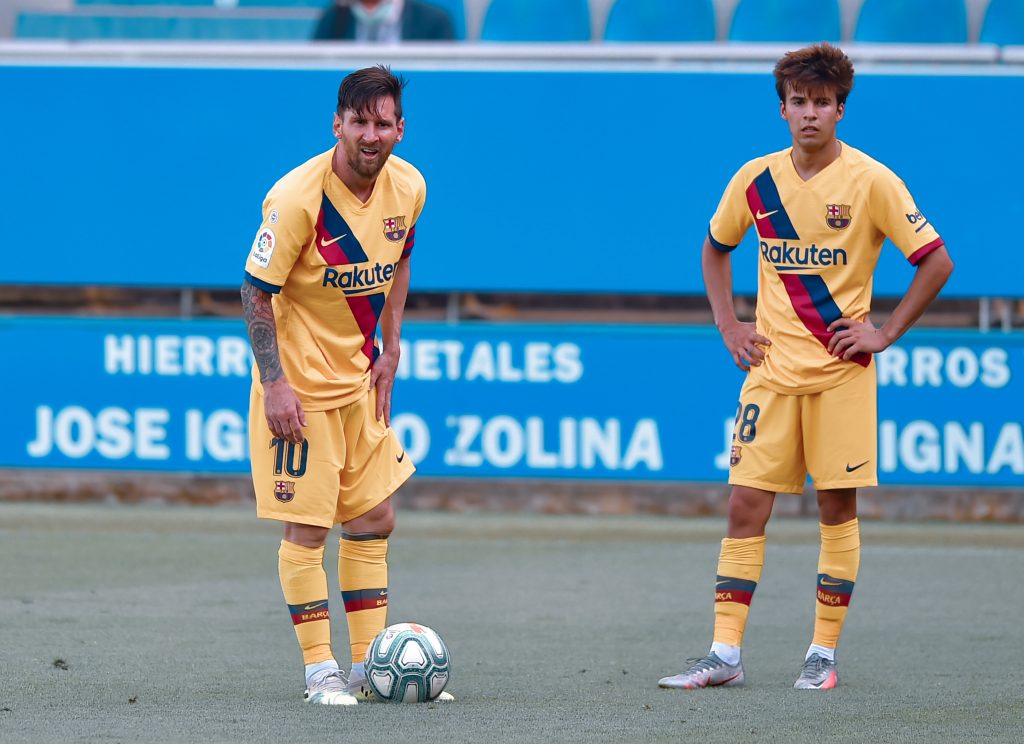 Last La Liga match for Barcelona in the 2019/20 season. They did not disappoint. Showtime as visitors as, despite not being able to win the competition, the team left positive sensations before the Champions League. These are five takeaways from the Deportivo Alavés 0–5 Barcelona.

A victory, three points, clean sheet, manita and confidence recovered as visitors. Against Alavés, Barcelona radically changed compared to the previous and disappointing encounter with Osasuna. The azulgranas came out from minute 1 to look for goals, to play with intensity, and to put on a show at Mendizorroza. Although the result will not take away the league trophy from Real Madrid, it will return smiles to culés and restore the team’s confidence and motivation. With a 0–5 win, this is how Barça officially ended the 2019/20 season in La Liga. These are five things we learned from the Deportivo Alavés 0–5 Barcelona.

Riqui Puig was part of the starting eleven and played all 90 minutes at Vitoria, doing a magnificent job in all facets of the game. In attack, by delivering endless key passes, moving from side to side and being very involved, as usual. In defence, he was impeccable in recovering balls and going to press with great intensity. Fans probably witnessed Puig’s best display with the first team. Multiple key passes and many chances generated. He not only gave his first assist in La Liga, but he did it twice.

❗ This was Riqui Puig’s first ever assist in La Liga.

Many more to come! pic.twitter.com/hncqP4c5sP

Riqui’s first assist came in a counter-atack in which Sergi Roberto sent a great pass to number 28. The youngster calmly controlled the ball and read very well the movement of Lionel Messi, who scored the second of the match. Later, in the second period, Puig received a pass from Messi and had the vision to spot Nélson Semedo arriving into the opposing box, delivering a subtle pass for the Portuguese to score the 0–4. Moreover, the 20-year-old did not stop creating opportunities, as he could even had had two more assists after beautiful balls for Luis Suárez and Arturo Vidal that unfortunately did not end in a goal.

2. Not many available players, but versatile ones

A list of 16 footballers at first glance looks dramatic, especially considering that there were only five men on the bench, two of whom were goalkeepers. For these chaotic situations, it is always necessary to thank Barça for having versatile players capable of playing in multiple positions. This has already been proven more than once this season with Sergi Roberto, Nélson Semedo, Frenkie de Jong and Arturo Vidal.

In the second period, Arturo Vidal acted as a centre-back, as he had done on a few occasions at Juventus | Photo by Ander Gillenea / AFP via Getty Images

During the match against Deportivo Alavés, with a limited squad, Clément Lenglet suffered slight ankle discomfort, forcing him to request the change at the beginning of the second half. With a suspended Gerard Piqué and an injured Samuel Umtiti, Quique Setién had to make an emergency decision to maintain the four-man defensive line. For this, it was Arturo Vidal who acted as centre-back throughout the second half, doing more than well enough. It is always important to have these type of players on a team because you never know when that valuable versatility will be needed.

Ansu Fati covered almost all areas of the left flank, as his mobility, reading of spaces and positioning helped the team to create the required width. With the ball, his control, agility, decision making and explosiveness were important for Barcelona to comfortably beat Alavés. 17 years and Ansu continues to shine.

“Ansu Fati doesn’t surprise me at all. He is an assassin from the area”

Ansu Fati’s attributes allowed him to be Lionel Messi’s best partner, as he anticipated the Argentinian’s chipped pass to the centre of the area to come out of nowhere and open the scoring. Undoubtedly the teenager has to be essential in the Champions League this year and be permanently promoted to the first team in the following season.

Lionel Messi’s inclusion in the initial line-up was criticised for him needing rest, but you can’t talk about resting the number 10 when he is on the verge of achieving new feats. Messi was pressured by Real Madrid’s Karim Benzema in the race for the Pichichi trophy for the most goals in La Liga. Before matchday 38, Messi had a lead of only two goals. However, a hungry Leo filled with energy secured his seventh Pichichi in his career to become the first player in history to win this many.

Messi was not only about to break a record related to goals, but also to assists. This term Lionel has become less of a goalscorer, but more of a contributor to the team’s chance-creation through assists. Against Alavés, La Pulga detected Ansu’s run from behind and sent him an almost perfect pass for Fati’s opener. Thus, this allowed Messi to break the record previously held by Xavi Hernández for the most assists in one season in La Liga, and to tie Thomas Müller’s achievement for the most assists in one course in a European league with 21. Messi never ceases to amaze us.

5. A smile before the Champions League

This victory does not mean anything or change the fact that Real Madrid have won La Liga, but it does increase the motivation and confidence in the team before the Champions League. Against Osasuna in the previous matchday, the azulgranas were totally out of shape, incapable of threatening the opposition. Nevertheless, on Sunday afternoon against Alavés, Setién’s men delivered an excellent performance collectively and individually.

Finally, what better way to regain that self-belief than with a 0–5? Such game improved the reputation of Barcelona in the league and allows it to end this season on a positive note. We could more or less draw conclusions about the future of the team in the European tournament and which players will be crucial to progress in it. For now, though, Barça will have enough rest to regain their fitness and be ready for the magical nights of the UEFA Champions League.