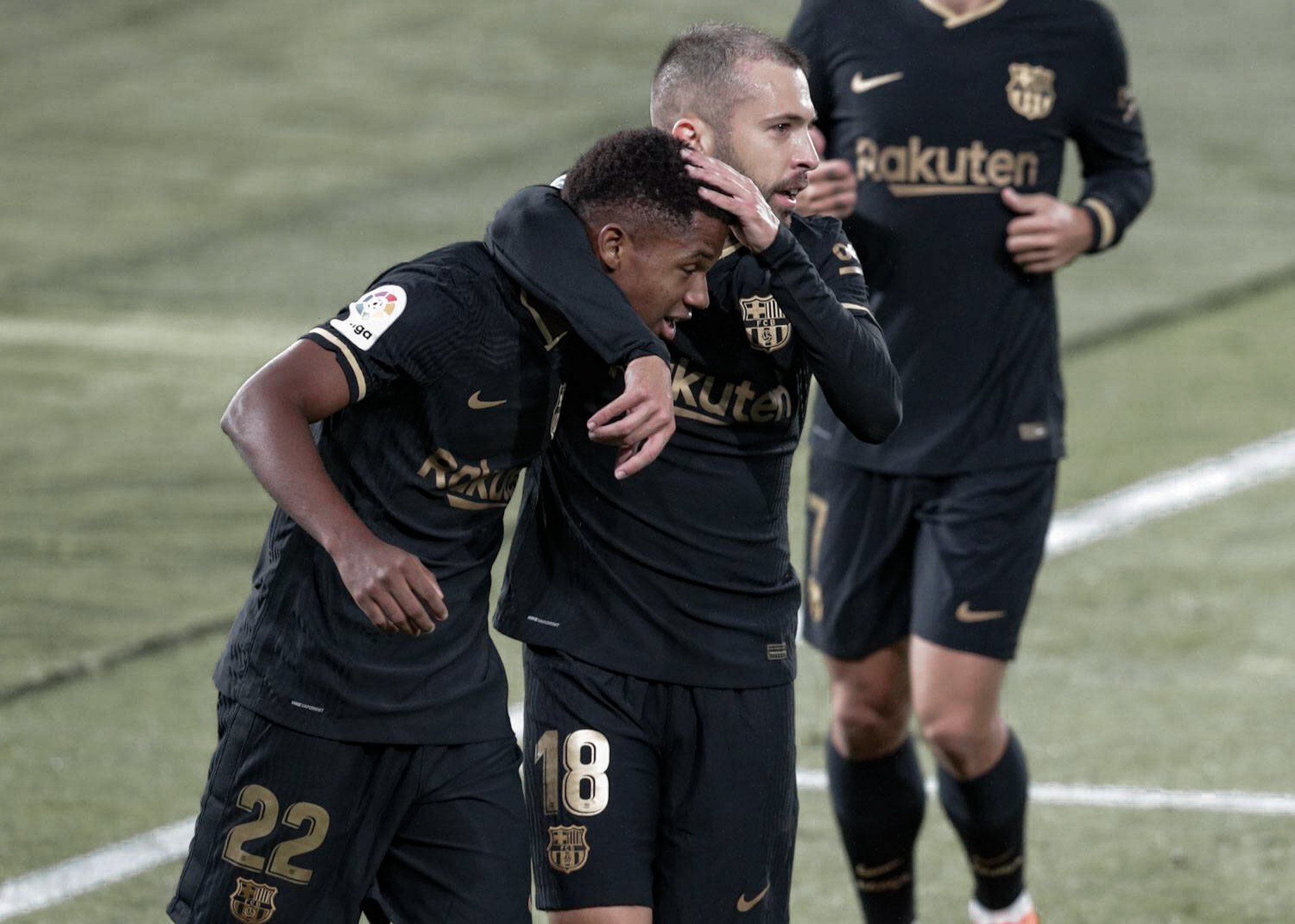 First test away from home for Ronald Koeman. Despite the difficulties, the team got the 3 points by playing football with great intensity including a very solid defense. Koeman’s second victory and the end of a losing streak in Balaídos. 5 takeaways from the Celta Vigo 0-3 Barcelona.

After the brilliant performance against Villarreal, Barcelona faced a bigger challenge: Balaídos. The Catalan team had not won since 2015 at the Celta Vigo temple and on Thursday night the team not only ended that slump but also showed a level of intensity that had not been seen for several years. In addition, the team faced a real challenge by playing with one less during the entire second half, and still, they kept fighting until the end.

Ronald Koeman passed one of the most difficult tests and little by little he is gaining the affection of the fans. The Dutch coach has established a defensive wall and a creativity machine in the attack. We have analysed the 5 takeaways from the game below.

1. The intensity is back in FC Barcelona

It is surprising how Barcelona recovered intensity so cleanly. The good work of Ronald Koeman, added to the departures of Arturo Vidal, Ivan Rakitić, and Luis Suárez, has brought good results in the attitude and efforts of the players. Each of the players of the line-up against Celta were true fighters as they spent their entire game well-focused, giving their everything.

Minutes before the end of the first half, Clément Lenglet received his second yellow card in the match. As a consequence, the Frenchman player was suspended from the duel in Balaídos. Months ago this would have been a serious problem for the Catalans, but Barcelona in Vigo came out more motivated to look for the second goal, even playing with one less. This is a positive sign of the team. Barça can fail, they can have bad nights, but they never stop fighting with maximum effort and the team has shown that sacrifice.

Philippe Coutinho’s nickname “little magician” is not only referring to his glory days at Liverpool, but he has now become a wizard with many tricks up his sleeve. His playmaker position is increasingly happy that Cou is in that place. Once again, being involved in almost all the plays in the attack, making combinations correctly, moving great with and without the ball, and with a fascinating attitude.

Against Celta Vigo, Coutinho took advantage of his vision to send a vertical pass to Ansu Fati in the first goal for the Catalans. A much more complicated pass than it seems since Cou receives the first touch ball in an unprepared way and even then, he was able to send that pass to Fati. Similarly, he played almost perfectly until the 72nd minute before being replaced by Pedri. In addition to his assist, Coutinho was awarded as the man of the match. Philippe has already become a star at the club, in just two games. It is great to see him back on the track after a difficult first stage in Catalonia.

Frenkie de Jong’s adaptation to the new system was almost immediate and very effective. It is not just the fact that Koeman has already worked with De Jong on the Dutch national team in a great way, but De Jong is motivated, much more than the previous season. This very positive attitude is reflected in his game. His role in the double pivot is exquisite, driving from deep, making vertical passes, moving very well to help his teammates, reading the plays in attack, and pressing hard in defense.

Frenkie is a show. As if we were watching De Jong who made the whole world fall in love with Ajax in the 2018/19 season. It is a blessing to see him at a great level being a key and irreplaceable piece in the XI. Without a doubt, we will see a great improvement in the player, looking for areas of the court that he had never explored with as much freedom to direct and control as we always imagined.

With Marc-Andre ter Stegen’s injury, Koeman is forced to use Barça’s back-up goalkeeper, Neto Murara. The Brazilian player only played a couple of games in the previous season including the great performance against Inter in the group stage of the Champions League. Nonetheless, a couple of mistakes when he had the opportunity kept him from having minutes.

Now that he has a new opportunity with the absence of Ter Stegen, Neto is making the most of it. 2 clean-sheet matches out of 2 possible. In addition, he appeared at important moments, making quality saves to avoid goals coming from Celta Vigo. He is seen with confidence, concentration and if we add his great positional work on top of it, we end up with a goalkeeper who has regained the trust of all Culés.

A game that Ansu Fati plays is synonymous with the fact that we are going to have a great time and we are going to see him shine. Against Celta, it was not an exception. His movements and intentions in the attack on a constant basis helped to create dangerous opportunities.

Moreover, Fati opened the score once again, this time in Balaídos. After Coutinho’s clever pass, the teenager received the ball in a complicated way and at the first touch, he advanced the ball to pass between defenders and ended up making a perfect shot to score his goal number 3 in La Liga this season. After this goal, Fati shares the lead as top-scorer in the competition. The minute control Koeman has over him is really smart, playing him as a starter but resting him as well, which is an interesting way to manage trust with your player. This was the last takeaway from the night at Balaidos.