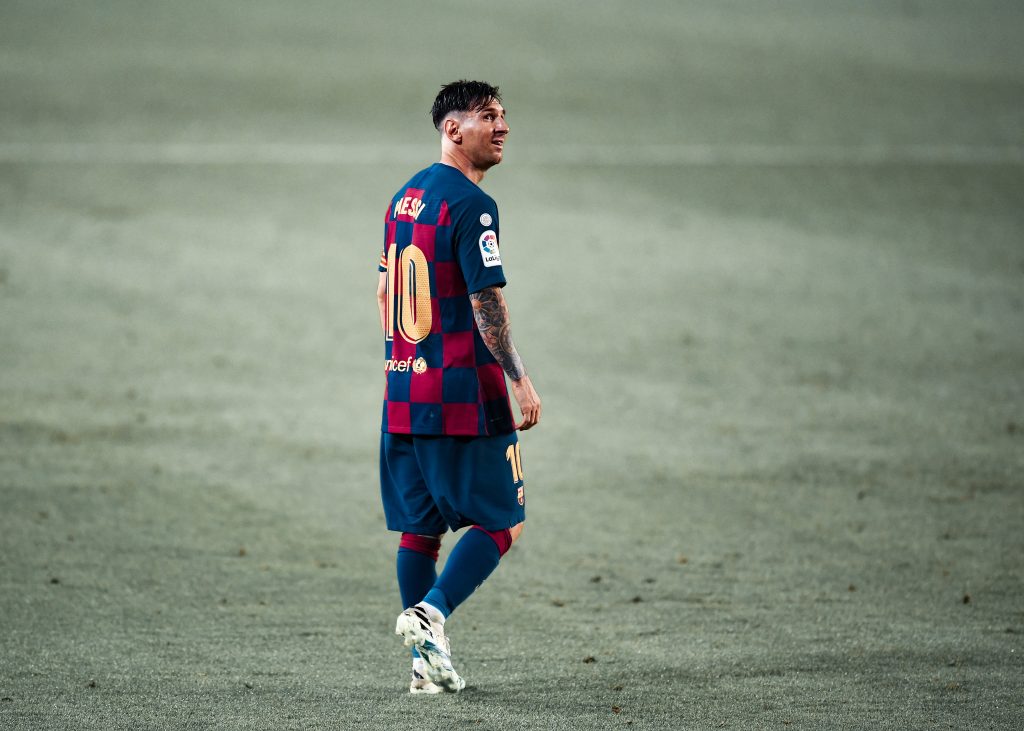 A tough week for Barcelona, who had to face an Atlético de Madrid that came from achieving four consecutive victories. Still, Barça dominated, with a level of play and energy that were worthy of a duel of this caliber. However, some details full of drama and controversy ended in a draw that could mean the goodbye to La Liga. These are five takeaways from the Barcelona 2–2 Atlético de Madrid.

After losing points against Celta de Vigo with a late goal from Iago Aspas, Barcelona faced one of the final tests to decide the fate of La Liga: Atlético de Madrid. Los colchoneros arrived in great form, winning four of their previous five matches since the competition returned. Diego Pablo Simeone’s side was, for many, the favourite before facing a Barça full of problems.

Despite the complicated week for the Catalans, the club knew the importance of this match. The blaugranas showed dominance but certain circumstances kept them away from winning. Beyond the dramatic decisions by the referee and the late changes by Quique Setién, Barça played a football that nobody expected to see. Of course, there were a couple of details that couldn’t make the game brilliant, but definitely it was better than anticipated. A tie against Atleti would have been positive in other situations, but, in the current context, it is more bad than good. These are five takeaways from the 2–2 draw between Barcelona and Atlético de Madrid.

1. Riqui Puig settles his spot in the starting line-up

Riqui Puig was undoubtedly one of the best players of the match. Along with Clément Lenglet and Lionel Messi, the young Puig was remarkable in midfield and one of the reasons why the locals were dominating. Completing 66 passes, with a 100% success rate in his dribbles (6) and with 11 duels won, Riqui was orchestrating the team in both defence and attack. The La Masía gem was a nightmare for Diego Costa and Thomas Partey, since he was able to overcome and control both rivals with incredible ease. It should be noted that the two Atleti men are physically privileged players, which makes it even more impressive for the tiny Puig.

“I’m very happy with the team’s performance. Especially Vidal and Puig. Riqui understood his position and he did what we asked him to do very well”

With two consecutive starts in La Liga, being yesterday’s the first in which he played the full 90 minutes, Riqui continues to present irrefutable arguments to be considered not only part of the first team, but already an essential piece as a starter. Why wait a couple of years more when Barça already have just what they need?

Some wonderful news arise from bad times. We already saw it with Ansu Fati at the start of the season as, with multiple injuries from the main stars, he was able to break through. Now, with the injury of Frenkie de Jong and the future departure of Arthur Melo, Ricard Puig Martí is finally getting his long-awaited opportunities. He certainly deserves everything from this club.

It happened against Sevilla and it happened again against Atlético de Madrid. Barça coach Quique Setién certainly was responsible for the result after not making the changes, once again, at the right time. The reality is that the substitutions were way too late. Really late. Already past the 80th minute, the Cantabrian manager had only made one change, despite the fact that the scoreline was still tied at 2–2 and Barcelona urgently needed a goal.

At the start of the match, Setién opted for an unusual and surprising 4–4–2 with Luis Suárez and Lionel Messi as strikers. At first, it seemed like a bad idea, but the way it was carried out was effective. No wingers, but the full-backs provided the width that was needed against a team as compact as Atleti. In the same way, a good distancing between the front two and the midfielders allowed a fluid and fast ball circulation.

Even so, while this approach was great, it was not perfect, and with the passing of the minutes it became less functional. That’s why the team needed Ansu Fati and another striker like Antoine Griezmann or Martin Braithwaite. Although Ansu and Griezmann got minutes, it was barely nine for the Spaniard and a couple more for the Frenchman, who was the final substitution in injury time.

3. Referee and VAR are protagonists

For Barcelona, it is better to judge the team than to referees’ decisions. When the team plays poorly, it does not make much of a difference to talk about referees when Barça does not compete in a proper way. However, the choices made by VAR and the referee yesterday need to be questioned, at least when it comes to the rules behind them. They certainly affected the final result.

First of all, the duel was bizarre for the fact that the first goal was an own goal from Diego Costa, and the other three came from the penalty spot. Secondly, after Barcelona took the lead in the first minutes, the visitors began to be more threatening. Yannick Ferreira Carrasco, with a great slalom run, left Gerard Piqué behind but was fouled by Arturo Vidal inside the box. The right call by the referee.

Seconds later, Costa was in charge of taking the penalty, which was saved by Marc-André ter Stegen. Unfortunately, and correctly, VAR called to repeat the action because the German goalkeeper did not respect the rule of being on his line in the exact moment that the ball left Diego’s foot. Therefore, Atleti had to repeat their penalty, and on this occasion Saúl Ñíguez was in charge of taking it. He did not miss.

The first half finished with a one-one tie, but the dominance was from the azulgranas. At the beginning of the second period, an active Nélson Semedo was creating danger towards the opposing area, but a slight contact by Atlético centre-back Felipe on the Portuguese’s foot was enough for the referee to blow his whistle and award Barcelona a penalty in another doubtful decision. Fortunately for the hosts, Lionel Messi scored with a panenka kick and commemorated his 700th career goal.

The real controversy came minutes later, though, when Ferreira Carrasco ran with authority towards Ter Stegen’s area. Semedo, behind him, made a very minor contact right before the Belgian lost his balance and fell to the floor. The question is whether Nélson tripped Carrasco, or it was Carrasco who tripped on his own regardless of the right-back’s very slight contact. Thus, it was another harsh decision to make. Still, the referee coldly whistled the penalty in favour of Simeone’s team without even checking VAR, and Saúl equalised again for the visitors.

The excess of minutes played by Luis Suárez and Arturo Vidal is no longer surprising. Just as Ernesto Valverde did with Iván Rakitić in the previous campaign, Quique Setién is starting to overuse the two stars. Atlético de Madrid were the fourth rival in a row against which Suárez and Vidal were starters. That’s not the real problem, but the fact that they remain on the pitch for too long. In each of these games, the South Americans have enjoyed most of the minutes, even when out of shape.

When a player does things well, there is no reason to consider benching him unless it is for rest or fitness issues. But when a player is clearly not working, the approach has to be changed. With Arturo and Luis, though, they are hardly ever changed. It was a good idea to consider them in the first half against the rojiblancos, but it is also true that after being two of the most used – and thus, the most tired – footballers, they had to be subbed out to give a different look to the game. It is already becoming a habit for both of them to play and, undoubtedly, it is something that Quique Setién could improve on. Perhaps there is something more internal that we do not know about that is influencing such decision.

5. Another match, another day further away from the La Liga title

When Barcelona draw with Sevilla a couple of weeks ago, the culés temporarily lost the lead though had faith that Real Madrid would drop points. Yet Madrid won against Real Sociedad. A week later, after the dramatic draw against Celta de Vigo, Barça hoped Espanyol could get some points off Los Blancos. That didn’t happen. And now, once again, the Catalans have lost points. But is it impossible for Barcelona to win La Liga?

The truth is that game after game, Setién’s men are further away from winning La Liga. After yesterday’s draw, Barça will have to win their five remaining matches, while also hope for Madrid to draw and / or lose in two of their six fixtures left. Certainly something complicated, taking into account the current level of Zidane’s team. Notwithstanding, it is not impossible. Barcelona, while it has Villarreal away left on the weekend, has already passed the most difficult tests of the season. 15 points are remaining for the reigning champions, who will be expectant for the results of their eternal rivals.