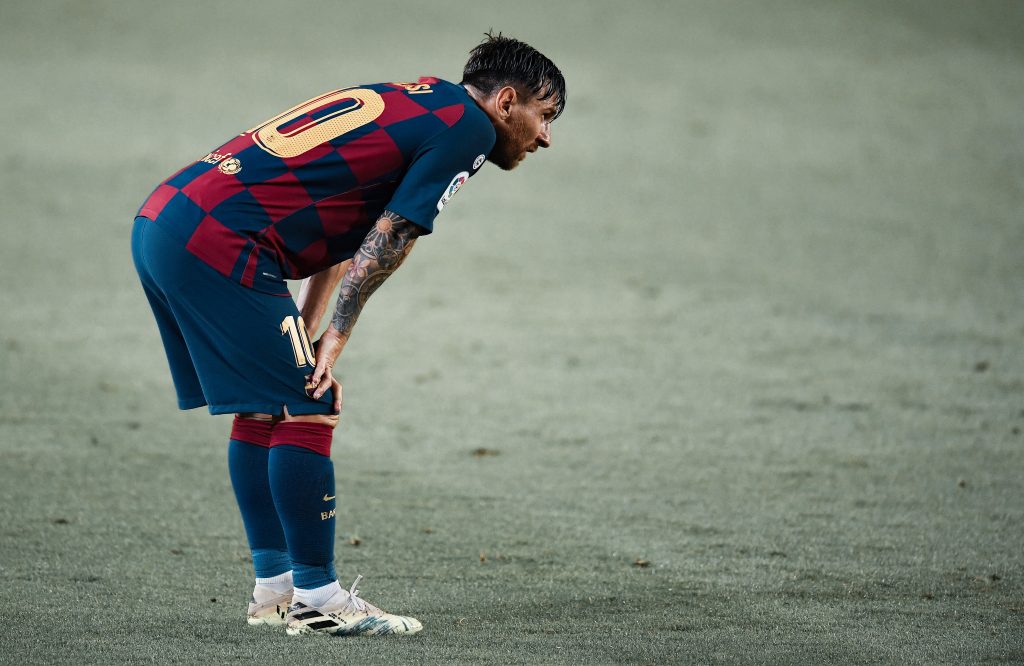 A disappointing way to play the last game of La Liga 2019/20 at the Camp Nou. Not only did Barça not win, but they lost at the same time that Real Madrid were crowned champions. Also, bad sensations left for the Champions League. These are five takeaways from the Barcelona 1–2 Osasuna.

It’s over. The La Liga title race is over. On Thursday night Barcelona had to achieve a mandatory victory for two reasons. First, if Real Madrid lost points against Villarreal, the Catalans would still be alive in the fight for the title if they won their respective game. Second, if Zinedine Zidane’s team won, as was the case, at least Quique Setien’s side fought until the end. But this did not happen.

While the eternal rivals were crowned league champions, Barça suffered at the Camp Nou with enough fit players against Osasuna, not only losing La Liga but also the hope for the team. Lots of things to discuss, lots of time to draw conclusions. These are five things we learned from the Barcelona 1–2 Osasuna.

Perhaps the only positive of the match was the great rotations in the starting XI. Quique Setién showed courage by resting the group’s heavyweights, such as Luis Suárez, Arturo Vidal, Jordi Alba and Sergio Busquets. It was a promising initial line-up. Players like Ansu Fati, Riqui Puig, Junior Firpo and Martin Braithwaite had another opportunity to demonstrate why the coach should have more confidence in them. And even though this promised to be an encouraging experiment by Setién, it let fans down.

The first half was not terrible, not good either, but considering that the team needed a victory, it was not what was expected. The blaugranas were behind Osasuna at half-time with many doubts in the approach and a goal by former Barça B attacker José Arnaiz. Quique Setién’s face during the first 45 minutes said it all. It was the face of a desperate man, disappointed for seeing that the tactical work he had in his head was not reflected on the pitch. At least, as mentioned, a bit of rotation is always welcome, but maybe some details would have to be adjusted for a crucial game like this one.

2. Many difficulties against low compact blocks

The same story in almost every game this season. It happened against Sevilla, against Espanyol, against Real Valladolid and it happened again against Osasuna. Barcelona lacks ideas, creativity and is less cynical when facing teams that deploy a very compact and organised defence. The Spanish giants do not exhibit such spark or initiative to be dominant. There is no such hunger to win nor that ferocious Barcelona. Simply disappointment.

? — Barcelona lost possession 62 times in the first half. pic.twitter.com/rlPeQusN1T

Against Osasuna, the azulgranas missed an endless number of passes as the visitors took advantage of them to counter-attack. Martin Braithwaite‘s movements as the number 9 were totally non-existent, as he neither not drag defenders nor anticipate to search for the ball. And despite playing with wingers, the passing inefficiency affected the creation of the game. Furthermore, when small opportunities were created in the final third, there was no such lethality to finish the plays. This has happened in multiple matches this term, not one, not two, but in the majority. Many problems, few solutions.

3. Lionel Messi, more disappointed than ever

Lionel Messi was one of the few on the team that fought for the victory and to leave the dignity of the team intact. The captain of Barcelona generated many promising actions, made runs in the attack, created, tried to score on a couple of free-kicks, and ended up scoring in one. A similar Leo to the one that plays with the Argentine national team. Completely alone, without support, with no one to play for him. Leo played for the entire team, while his teammates missed those opportunities. Meanwhile, no one created anything for Messi.

“We were inconsistent during the season. Real Madrid did their thing. We lost a lot of points. We have to do some self-criticism. We are Barça”

The words at the end of Leo’s game were dramatic but revealing. The face of disappointment, sadness, failure, fatigue and frustration at seeing the situation of the club. If the captain and the maximum voice of such entity expresses himself in such way, it means that something is wrong. The Argentine does not seem to be happy with the team, nor with the coach, nor with the board, not even with the players. The defeat against Osasuna meant more than others. It meant shame.

4. Dark Thursday at the Camp Nou

Very few times will fans witness a defeat at the Camp Nou. In fact, the last one was against Quique Setién’s Real Betis a couple of seasons ago. However, yesterday’s was totally different. All culés experienced the dark Thursday at the Catalan temple. Playing in their own stadium, with several players back from suspension or injuries, and with the pressure of having to win, Barcelona delivered a display that will be marked in history for its negative outcome.

Barça was lucky that there were no fans at the Camp Nou, and the board was lucky. To avoid the whistles, which the club unfortunately deserves. Real Madrid’s campaign was inefficient in the first half of La Liga, but they have completely dominated in terms of consistency. Consistency precisely was one of Barcelona’s main virtues in recent years. Not this one. Years will pass and every time the Catalans face Osasuna these disappointing memories will be on the minds of thousands of fans. A tragic night.

5. No faith for the Champions League

Quique Setién? Unmotivated. Players? Unmotivated. The fans? Unmotivated. Every time there are fewer and fewer reasons to believe that Barcelona is a candidate to win the Champions League. Even the optimism of beating Napoli at the Camp Nou seems gone. The feelings that the team left against Osasuna were incredibly negative. It is not enough to have the best players in the world it there is no well-structured project behind.

The worst thing is that there isn’t even excitement to see the Champions League. All what supporters want to see is a change as soon as possible. Enough of making unneeded multi-million dollar signings, of not trusting La Masía, of having no creativity in a team that used to be the most creative in the world. More than an opportunity to redeem themselves, the Champions League now seems like a problem for Barcelona.