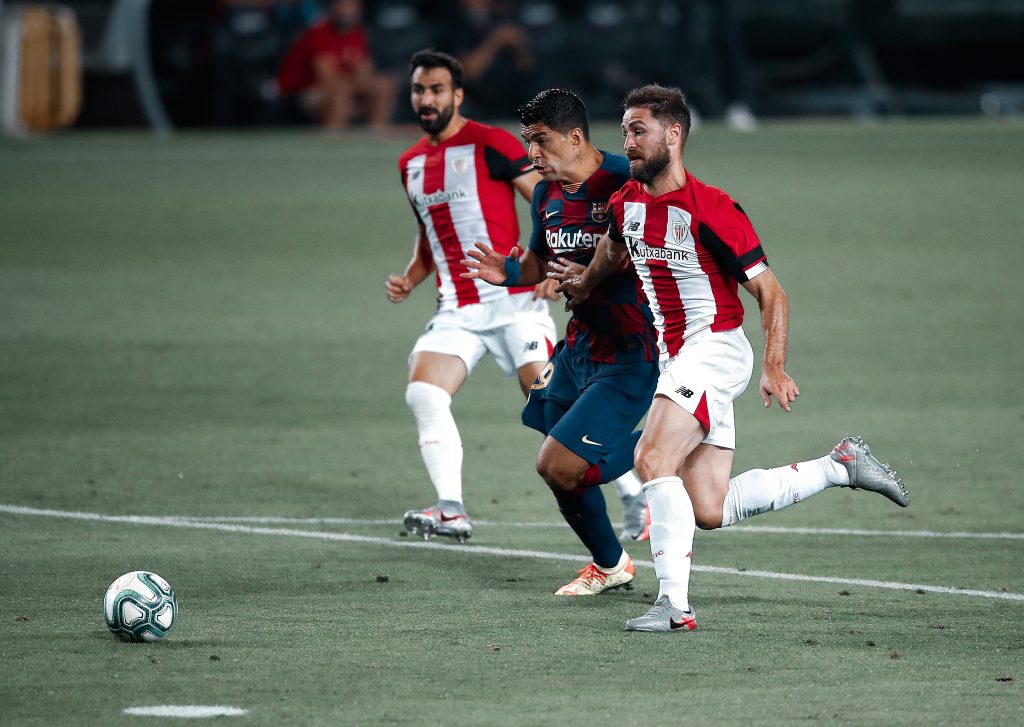 After the draw against Sevilla, and Real Madrid taking the lead, Barcelona needed the victory. However, it wasn’t going to be easy. The azulgranas faced one of the best defensive teams in La Liga. Fortunately, a great Riqui Puig and a goal from Iván Rakitić goal gave Barça the win. 5 takeaways from the Barcelona 1–0 Athletic Club.

Barcelona had lost the lead in the weekend and had to win Tuesday’s match if they wanted to be alive in the title race. It was against Athletic Club, one of the best defensive teams in La Liga, and a rival that is always difficult to beat. The first half was average, with a great defensive work, but without creativity or verticality. Fortunately, the introduction of youngster Riqui Puig changed the flow of the game.

Later, while there had not been many clear cut chances, a goal from Iván Rakitić gave Barcelona the win. A goal that has a heavy value in the league and that can be crucial in the search for the trophy. Still, there are many details to polish to win La Liga. These are five takeaways from the Barcelona 1–0 Athletic Club.

1. Five clean sheets in a row

At the start of the season, Barcelona had serious defensive problems. The azulgranas were too vulnerable at the back. However, the team has radically improved in this regard. So much so that, after the the victory against Athletic Club, Quique Setién’s men achieved their fifth clean sheets in a row. Something that did not happen for the Catalans since May 2016. Four years have passed, but the defensive solidity seems to be restored. A run of matches without conceding a goal that is no coincidence.

It has included great performances from each of the members of the defensive line. Of course, Marc-Andre ter Stegen is one of them. Furthermore, day after day we are witnessing pure concentration from players like Gerard Piqué and Clément Lenglet. In addition, Jordi Alba and Nélson Semedo have returned with a great level. Against the Bilbao side, the full-backs were very proactive in an attack that had no proper wingers, while the centre-back duo was in charge of circulating the ball, anticipating and keeping Iñaki Williams silent.

After playing 90 minutes against Sevilla on Friday despite not seeming in shape to do so, Luis Suárez was a starter again against Athletic Club, to many’s surprise. In a front three made up of Suárez, Lionel Messi and Antoine Griezmann, the Uruguayan was the one who had the most opportunities and who received the most balls to finish dangerous actions. For a world-class striker like El Pistolero, it should have been an easy task. Nevertheless, Luisito had a very poor night offensively. Not to mention that in defence his support was null.

For the team and even his own good, Luis Suárez should be rotated frequently | Photo by Joan Gosa / Xinhua via Imago

Suárez made inexplicable technical errors that years ago were unimaginable for him. Against Athletic Club, he shot without precision, lost many balls and wasted many chances. He is returning from an injury, and it is understandable that he is picking up pace so that he can regain his lethality. Yet, in such an important match, and with substitutes in better form than him, Suárez should not have started, or at least should not have played as much as 85 minutes. Luis has been magnificent since his arrival to Barcelona in 2014, but it must be admitted that he needs to slowly move into a more secondary role. He could still play several minutes, but not too many.

3. Riqui Puig puts Barcelona on his back

Imagine a team full of stars like Lionel Messi, Sergio Busquets, Gerard Piqué, Arturo Vidal and Antoine Griezmann, among others. Now imagine that a 20-year-old is the one with the most weight on the team. Not in terms of leadership, but of talent on the pitch. For those who have followed him at Barça B, it is not surprising everything that Riqui Puig is doing. He does this every weekend. This is why fans demand more opportunities for him, because they know what he is capable of. Without him, who knows if the Catalans could have obtained those three points.

“I’m very happy that I’ve gained the confidence of the coach. It was a match in strange conditions – you could hear the firecrackers…It was a good result and I can’t complain”

From his entry in the beginning of the second half, Riqui Puig changed the course of the game. He was the musician that orchestrated the midfield. The artist who painted a work called victory. The writer who wrote his best poem. That was Puig during the match. He made vertical movements, was very quick to make decisions and ran from one side to the other looking for the ball when a teammate had it. In addition, in defence he pressed with great intensity and recovered many balls. He was everywhere. Without a doubt, this match was a sample, of the many there have been, of Riqui Puig deserving more minutes. Now, with Frenkie de Jong‘s latest injury, Puig deserves to be a starter in most of the remaining fixtures in La Liga.

4. Is Griezmann letting the team down, or is the team letting Griezmann down?

Antoine Griezmann has been one of the main reasons of debate for culés. Is he really worth what he cost? Why doesn’t he prove to be the superstar that he was at Atlético de Madrid? Many questions, few answers. Against Athletic Club, a new question arose. Is Griezmann really letting the club down, or is the team letting the player down? During the duel, Antoine was energetic, intentional, but, at the same time, with fear, despair, frustration.

On many occasions, it seemed that Griezmann was invisible to the team. While the azulgranas lacked verticality and clarity, Antoine intended to be involved in almost every play, asking for the ball and going to the attack. Even so, his teammates did not look for him, nor did they send him passes as they preferred other options. Probably the Frenchman has not performed well in the past games, but against Athletic, on an individual level, he was the most sacrificed man, even if not being in the spotlight. To get the best out of Antoine, it is necessary for the team to find him, and for him to find the team.

5. Sergio Busquets: the only man in midfield

Sergio Busquets has been one of the best players in this return of La Liga. Yesterday, in defence, he was always available to add support and was continuously anticipating correctly thanks to his positioning. In attack, he maintained the control and serenity that the team needed. Unfortunately, Busi was booked and will miss the next meeting against Celta de Vigo.

On the other hand, Arthur Melo did not seem up to Sergio’s level. Maybe the rumours linking him to Juventus are doing him no good. Arthur had a fairly average performance, without shining but without disappointing. This is not what Barcelona needs at the moment. Besides, Arturo Vidal failed to deal with the pressure of the opponent, to break lines in attack, and lost many balls due to his poor passing precision. Finally, the additions of Iván Rakitić and Riqui Puig in the second half were a complete success, leaving signs that they should be key in the following matches. Could both be starting at Vigo?