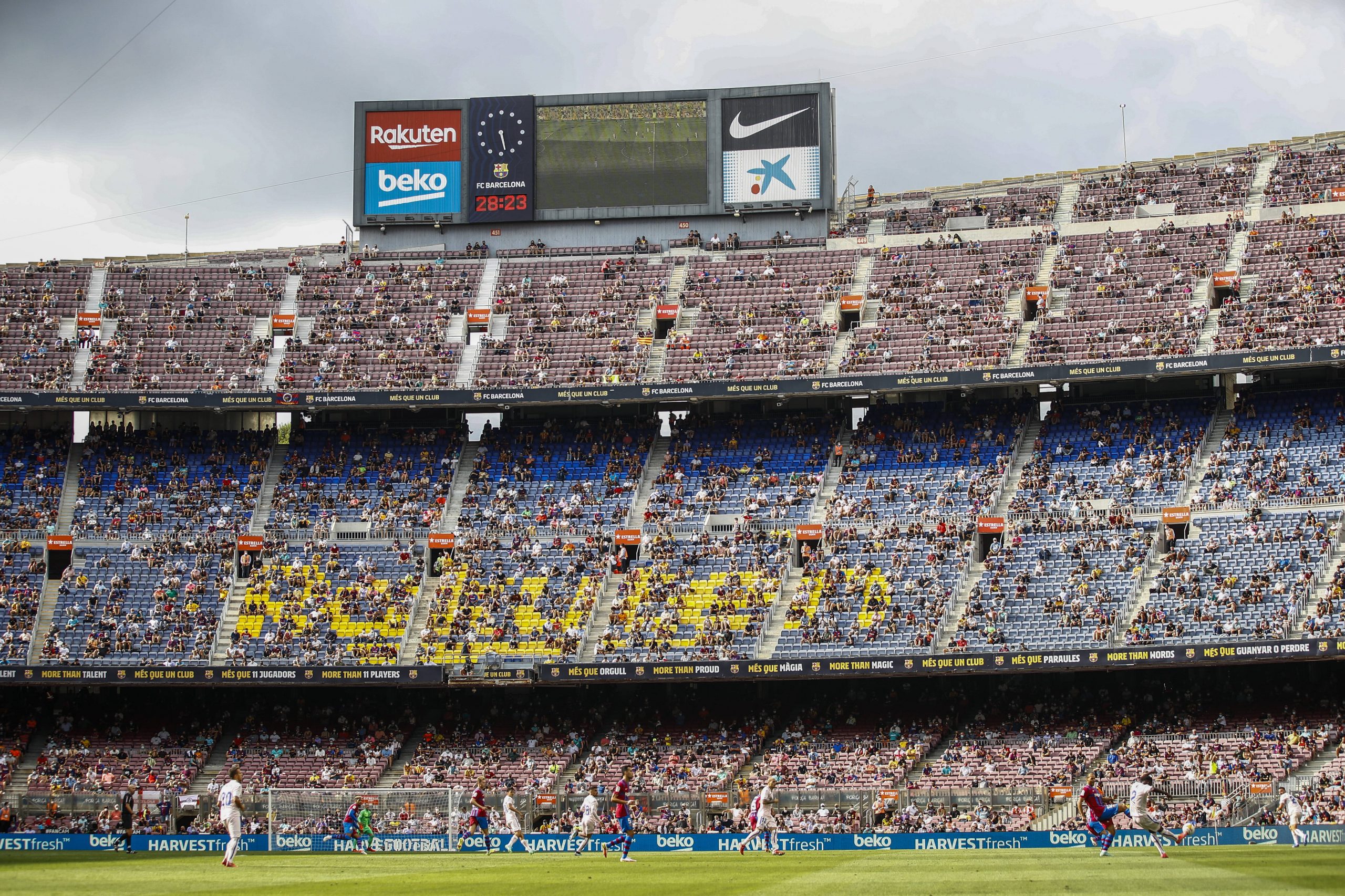 In what can be seen as a positive development, Camp Nou will be allowed to host 40,000 fans when Barcelona face off against Bayern Munich in the UEFA Champions League later this month.

The Procitat announced some relaxations on the pandemic guidelines, which in turn will see an increase in the number of fans permitted to attend sporting events.

“It is foreseen that it be approved that those activities that take place outdoors in facilities or facilities with an authorized capacity of more than 10,000 people may open up to a maximum of 40%. And in outdoor facilities with a capacity restriction of 70% They will have a maximum limit of 4,000 people,” government spokesperson Patricia Plaja said on Wednesday.

This is certainly a good development for Barcelona. Having had to play the entirety of the last season in empty arenas, the return of fans, even if it is not in full capacity, is a welcome measure. Playing in front of the supporters will also give the players that extra bit of push and motivation, which will certainly be needed when the Catalans take on Bayern.

The Blaugrana won’t have fond memories of the last time these two teams clashed in the UEFA Champions League in 2020. And while it might not be easy, Ronald Koeman & co. will be hoping to push the German record champions and pull off a victory at Camp Nou in their UEFA Champions League opener.

Apart from Barcelona and Bayern Munich, Group E also consists of Benfica and Dynamo Kyiv, meaning the Catalans will not have an easy pathway into the knockout stages. An early win against one of the tournament favourites could, thus, set the tone for the rest of the campaign.