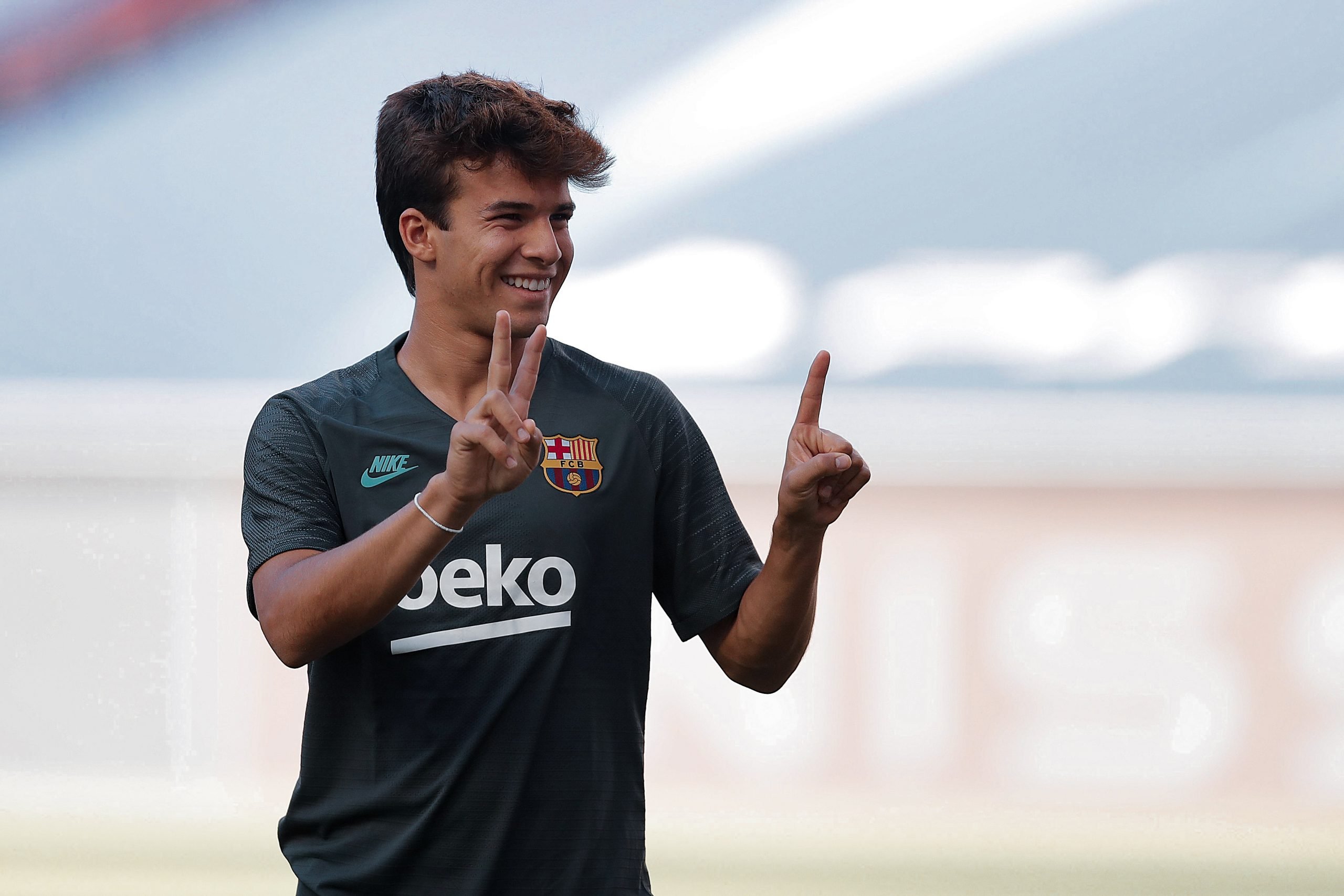 Riqui Puig makes a case for himself in the Barcelona lineup more than anyone. Barça Universal looks at three ways Ronald Koeman can utilise the youngster in the starting XI in the absence of the injured Philippe Coutinho.

As Barcelona’s cracks continue to decay on the field and the team looking as dysfunctional as ever, Riqui Puig’s demand proceeds to resurface. It’s almost a no brainier that Ronald Koeman is yet to view him as an asset, in stark contrast to the vast Blaugrana community.

However, with the recent injury to Philippe Coutinho and the pressure of maintaining consistent performances mounting like never before, it may finally be time to reconcile with the young starlet and make amends, especially now that his extension is in the works.

Riqui Puig could undoubtedly be the missing piece in Koeman’s puzzle, but although he appears to be a huge solution, where does he truly fit in? Barça Universal takes a deep dive into the three scenarios where the Blaugranas could extract the best out of Riqui Puig.

In Barcelona’s previous encounter against Huesca, the traditional 4-3-3 formation seemed to have been employed by the coach. While there were signs of encouragement, particularly in the first half where the Catalans had utterly dominated Huesca’s low block, lack of penetration through the centre was unquestionably a worrying sight. Oftentimes lethargic circulation of the ball would devalue the incredibly long spells of possession the visitors enjoyed, with creativity direly lacking.

Had Puig featured in the lineup, it’s hard to argue whether Barça would have suffered the same consequence. Partnering Pedri and Puig in a midfield three could certainly add more spark and flair in the centre of the park with the duo expressing their charismatic abilities on the same field.

Berthed as an interior, it is well known Puig can disorientate defences single-handedly through his innate vision; in Quique Setién’s reign, his dazzling pair of feet paid his side dividends on various occasions.

However, while Pedri and Puig both possess tremendous amount of quality, a downside with this set-up could possibly be collisions in positioning. As demonstrated in Puig’s previous season, he tends to inhabit similar positions as Pedri, which could find them frequently facing positional conflicts.

Additionally, to incorporate the diminutive virtuous as interiors, an argument of misusing Frenkie de Jong could surely arise as well. It is well documented that the Dutchman performs best higher up the pitch when he has more liberty at his disposal.

As a result, playing in a single pivot could prevent Frenkie from being his inventive self as well as leave far too much burden to provide defensive aid. Pedri and Puig being players that excel between the lines could lead to the defence being habitually exposed — particularly with the full-backs frequently found bombing up-field as well —, leaving de Jong as the only cover-up in midfield.

The second option is to stick with Ronald Koeman’s favoured 4-2-3-1 system and simply deploy Puig as a lone number 10, a role the La Masia gem is by no means is unfamiliar with either.

As a central attacking midfielder, Puig could arguably showcase his talents with utmost comfort, mainly due to the fact that his defensive responsibilities would be lessened and he could thrive between the lines without any significant interruption.

As opposed to Philippe Coutinho or Antoine Griezmann, Puig is far more cunning in possession, knowing what move he must make before even receiving the ball. Hastening the flow of possession is where the 21-year-old truly thrives; operating in tight areas and playing progressive passes in the middle could enable the Blaugranas to be exponentially imposing on the front foot.

It is worth noting that Puig has had several occasions where he has bamboozled oppositions with his supremacy on the ball in this position, the most noteworthy exhibitions being last season’s clash against Atletico Madrid and the recent Champions League encounter with Juventus, albeit the Spaniard was only awarded a meagre 20 minutes.

The only notable disadvantage with this formation is, however, shortage of width on the right flank. Pedri has displayed his talent comfortably, even while being situated in the wider areas of the field. Still, it indisputably is not his best position, and it makes a case for Ousmane Dembele. On the right, however, Lionel Messi’s tendency to drift a bit too centrally often leaves Sergino Dest with heaps to do out of possession.

Barça have very scarcely depended on a three-man back-line over the course of the campaign, but during its brief existence, there certainly look to be promising signs. In spite of the set-up appearing awfully unconventional, Puig operating in a double pivot alongside Frenkie de Jong may prove to be a game-changer.

Fielding Riqui as part of the pivot in a 3-4-2-1 could allow the Spaniard to play a vital role in and out of possession as he can effectively block passing lanes through his energetic play style and steadfastness. Puig’s stamina would undoubtedly give the team an edge in terms of pressing too, a facet an ageing Busquets no longer possesses.

With the security in defence – including three defenders and wing-backs who can frequently chip in the defensive end from time to time –, the Spaniard can conveniently meander around and occupy the half spaces without having to worry about his services at the back, illustrating his vibrance up-field.

Nevertheless, Frenkie de Jong has always preferred to have players alongside him that complement his surges moving forward. With Riqui as a partner, De Jong may be forced to occupy defensive zones that may once again impede his performances. Situating two high voltage players that cover large distances and like to spring up-field could misbalance the team.

In every lineup, pairing Puig with either Pedri or de Jong is bound to bring an opportunity cost. However, given how lacklustre the previous few outings have proven to be, it’s quintessential to field a profile as dynamic as Puig. If there’s one thing the La Masia prodigy has shown during his time at the first team, he not only flourishes through his unparalleled understanding of the game but also ingeniously slips into positions and exploits spaces; but he also helps players surrounding him prosper.

In contrast to Coutinho, who customarily behests teams to be built around him with the Brazilian being the focal point of attention, Puig is far from the stiff number 10 Coutinho is — he knows how to accommodate others and his first touch of the game is as impactful as the last.

Simply put, Puig does not demand time to be grown into the game or ask for positions where his individualistic qualities can be highlighted. His influence can be seen spreading to the entire team, no matter where he is deployed.

Therefore, while Ronald Koeman may be obliged to sacrifice certain elements of his gameplay, and alter his lineup in order to integrate young Riqui Puig, it will eventually be for the greater good of the team; a gem such as him is capable of yielding significant results, and with the squad further depleting in Coutinho’s absence, it’s now or never.