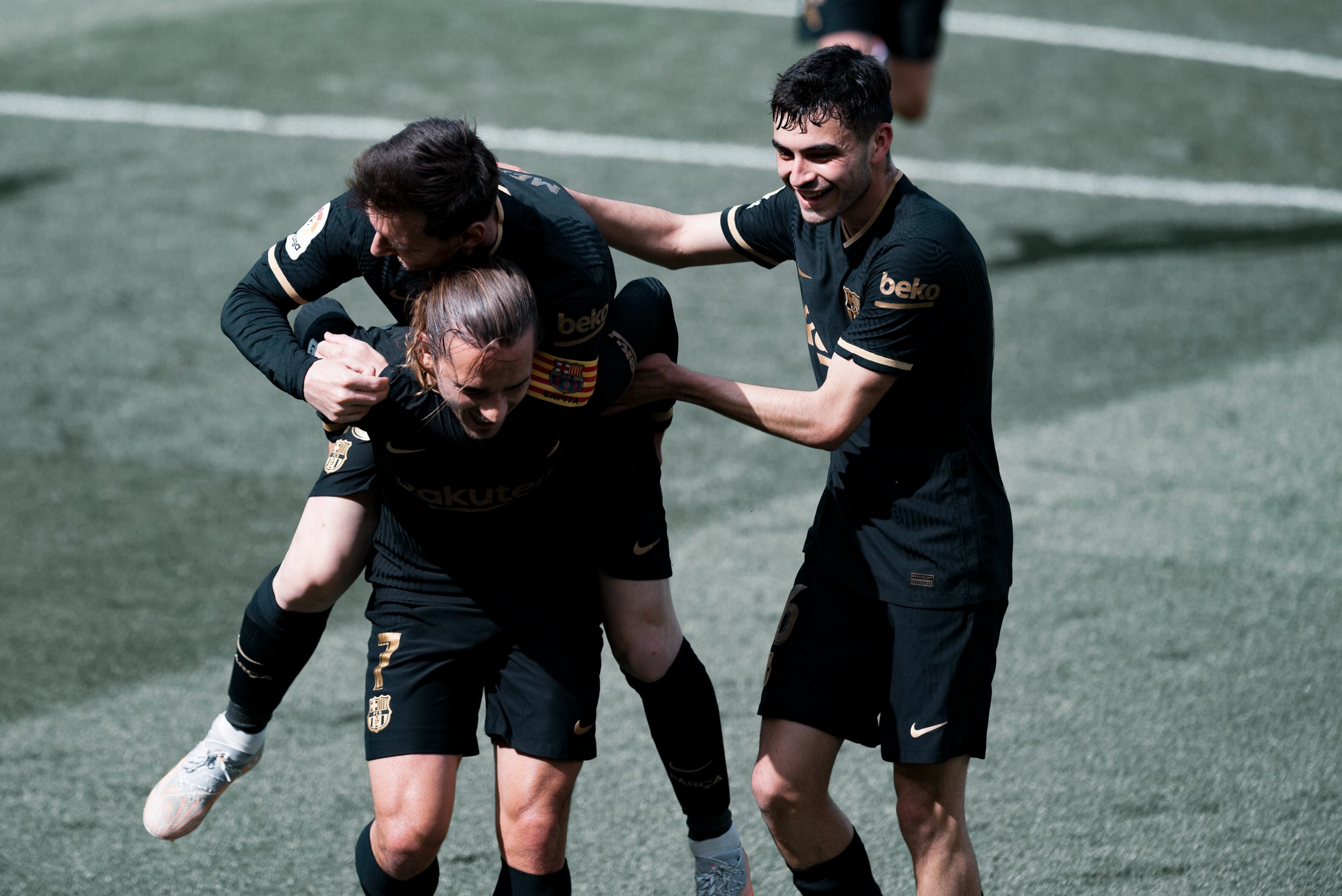 With the La Liga title race entering the decisive weeks of the season, this weekend was pencilled down by fans as an important game week for all four clubs in the hunt for the title. Each contender has a tough matchup, and the potential for slip-ups was highly likely. Saturday night saw 3rd placed Real Madrid play out a 0-0 draw with Real Betis, opening the door for their fellow front runners to capitalise.

Barcelona travelled to the east coast of Spain to face the 7th placed Villarreal with all this information on board and came away from the Estadio de la Cerámica with a vital three points. This became even more important when Atletico Madrid slipped 2-1 vs Athletic Bilbao.

The match at the Cerámica was a tight affair, and Barca found themselves behind after 26th minutes after a beautifully taken Samuel Chukwueze goal. The Catalan side responded phenomenally with an exquisite chip from Antoine Griezmann, with the Frenchman adding a second just seven minutes later after pouncing on a Juan Foyth mistake.

Barça put in a resilient defensive display in the second half to secure the victory, leaving the Catalan side in a fantastic position to win La Liga this season.

Here are the three takeaways from Barcelona’s important victory at the Estadio de la Cerámica.

The Getafe game was typical of Barcelona over the last three seasons, as the Catalan side relied on the great Lionel Messi to pull them over the line in a tight, scrappy affair. With a tricky title run-in ahead of Ronald Koeman’s men, a worry for Barca fans was the potential of Messi having to step up every week to get them over the line, which is not always possible.

Today should have put ease to those worries as Antoine Griezmann and Frenkie de Jong stepped up in a game where Messi was relatively quiet. Although it has only been seen in moments since arriving from Atletico Madrid, Griezmann showed today why the World Cup winner is regarded as world-class.

Griezmann was excellent today, exhibiting his positioning, work rate and movement for everyone to behold and ultimately bagged a game-winning brace for his efforts, the first of which was simply sensational.

On the other hand, de Jong has shown his qualities throughout this campaign and was once again a driving force in the Barcelona midfield. The Dutchman covered every blade of grass and seemed to appear in the box every time Barça went forward. The 23-year-old finished the game with three shots, four dribbles, a 91% pass success rate and four tackles, all culminated in an influential all-round display.

Both players have a crucial role to play between now and the end of the season, and when combining their talents with Messi’s the results can be lethal, which the Copa del Rey final is evidence of.

A big question coming into this match was whether Pedri needed a rest after showing signs of fatigue over the previous games. The answer to that question is a resounding yes, as the 18-year-old, for the first time, this season looked like a kid of his age.

Pedri trotted around the pitch with minimum influence, having 3.4% of the overall possession and with the ball at his feet, struggled to create in his usual manner. The youngster was disposed four times in the match and completed no dribbles, and did not have any shots on goal, resulting in the youngster being subbed on the 64th minute.

Pedri’s mannerisms were evidence that the 18-year-old was fatigued, and those who have watched this special talent this season can put this poor performance down to the number of minutes this kid has played this season.

The midweek game against Granada provides Koeman with the perfect chance to rest the Spanish international, as there is no doubt that Pedri will have a huge role to play in the run-in.

3. Dest‘s up and down again

A defeat in a Clasico can have detrimental effects on one of the team’s season, and after Barcelona’s defeat two weeks ago, this was the worry for Barca fans. The team has recovered impeccably since, but one player who has struggled to put that performance behind him has been Sergiño Dest.

Dest struggled massively against Real Madrid, and it resulted in the American international being taken off after 46 minutes. Fast forward to today’s match, and it is evident that that memory is still fresh in the youngster’s mind, with Dest having some good moments but struggled at times.

The 20-year-old went to battle with Alberto Moreno and was left short-changed on occasions. The youngster was lucky to escape a yellow card at the 6th-minute mark after a late tackle on Moreno, and it did not get much better in the remainder of the half.

Dest struggled to get the better of the Villareal left-back, failing to have a massive influence on the game with zero dribbles completed and was disposed of twice in a straightforward fashion in the first 45. There were some bright spots, but the American international was conclusively taken off by Ronald Koeman at halftime.

The return of Sergio Roberto should put pressure on Dest to perform and the youngsters starting spot is not really under threat. The 20-year-old is an incredible talent, and if he can find his form again, it will undoubtedly benefit Barca in the hunt for a 26th La Liga crown.