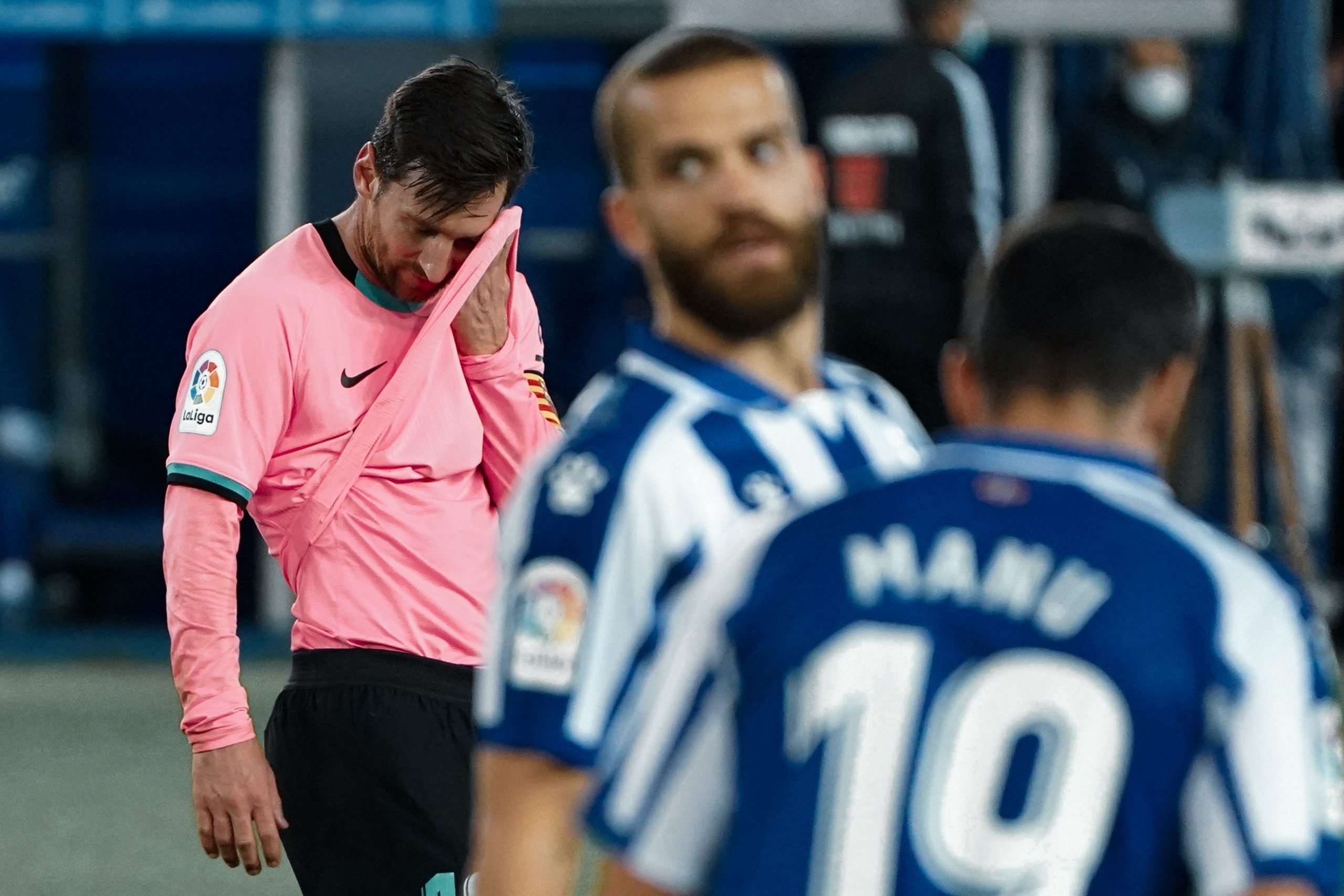 Barcelona’s dominance against Deportivo Alavés meant very little as they could salvage nothing more than a draw at the Estadio de Mendizorroza. These are the 3 takeaways from the draw in game week 8.

The brutality of Spanish football brings Barcelona fans back to reality, humbling the community once again and proving why the Blaugranas are still a serious work in progress. This was the case against Deportivo Alavés as well, as Barcelona succumbed to a 1-1 draw at the Estadio de Mendizorroza.

The second half was better, much better than what the visitors showed before proceedings. However, Barça seemed more desperate than organized, which has been one of the biggest flaws in Ronald Koeman’s era. The moment things go south and the club is failing to take a lead, numbers are thrown upfront and a blatant sense of despair is visible.

While Barça were constantly knocking on Alavés’ door the calmness and fluency that was present against Juventus was nowhere to be seen. Nevertheless, despite the unsatisfactory result, this was one of those games where Barcelona were in complete control of the game, had all the statistics to back their dominance and could have possibly cruised to victory on any other day. Still, they lacked that finesse in the final third, which subsequently forced them to pay the price.

While Antoine Griezmann’s performances are typically as unpredictable as the English weather, the Frenchman is finally beginning to string together consistent performances, making a name for himself in Philippe Coutinho’s absence.

After a compelling performance against Juventus, an opportunity to etch his name on the score-sheet is the least he deserved versus Deportivo Alavés.

Off the mark, at long last. (Photo by Juan Manuel Serrano Arce/Getty Images)

Griezmann’s work off the ball and ability to generate spaces with often undetectable runs have made him an indisputable asset lately. In his last two outings, he seems to be linking better with teammates, look a lot more self-assured in possession and is bearing the fruit of not occupying a stationary role. Operating in central areas of the field has surely done him world of good.

Antoine began the game against Alavés with a few howlers in front of goal. While he was influential in the build-up plays, his inefficiency to find the back of the net cost the Catalans dearly, particularly in the first half.

Nevertheless, he made up for his errors and justified his contribution on the field with a cheeky chip over the keeper’s head to bring Barcelona back in the game. After going through one of his worst droughts ever, the 29-year-old scored his trademark goal, reminding Culés why Barça paid the big bucks for him.

Of course, it would be fair to recognize the fact that Griezmann is still lacking in confidence and usually comes across as a dejected outsider on the field, but now that he’s situated in a position far more suitable to his desires, the Griezmann fans witnessed at Atletico Madrid and the French national team is slowly coming back to life.

As he now refurbishes most facets of his gameplay, finishing is the one element he must continuously work upon. The equalizer against Pablo Machin’s side should unquestionably restore his long lost confidence and bring back the vast amount of fans that have turned against him.

His performance surely proved he is heading in the right direction and with two respectable displays already under his belt, it’s time for the World Cup winner to retract his best version.

2. Barcelona clueless as ever in front of goal

Barça’s poor finishing has become a recurring theme over the last few games. While the creation of chances is something the club unfailingly excel in nowadays, there seems to be a serious loss of confidence once these players are gifted opportunities in the final third.

Even Ansu Fati, the 18-year-old who has been one of the club’s most clinical finishers this season missed a sitter in the first half.

Alavés were remarkably lucky to have scored from an error made by Neto, but when the chance to capitalize arrived, they made the most of it. On the contrary, Barcelona failed to take advantage of innumerable occasions, looking ever so wasteful in front of Fernando Pacheco’s well-guarded goal.

Lionel Messi, in particular, looked like a pale shadow of himself upfront. It was no surprise seeing the Argentine take on defenders, dribble past them comfortably and create goalscoring chances, but his own finishing was atrocious, to say the least.

Albeit Leo was constantly taking shots, none of his attempts were converted into goals, even in prominent positions, where he would usually batter oppositions.

Whether it’s age playing tricks on him or his own displeasure at the club leading to these performances, the six-time Ballon d’Or winner must step up and restrain from misusing fruitful opportunities. With a mere conversion rate of just 16% in all competitions, the Azulgranas are gravely struggling clinically.

3. Minuscule improvement by Koeman in the game

If there’s one essential element of football Koeman neglected in the Clásico, it was the usage of substitutions. His late adaptation to the game and stubbornness to carry on a flawed formula was by no means ideal. However, against Alavés, at the very least, he made changes right at the half-time whistle.

Even Frenkie De Jong, who was reverted as a centre-back, distributed the ball effectively. Trincão’s addition didn’t exactly prove to be a major upgrade to Ousmane Dembélé. Still, his calmness in possession and ability to challenge a low block certainly made him a notable figure on the field as well.

Even so, the aforementioned takeaway, comprising of poor finishing, enabled the hosts to salvage a point in arguably one of the most one-sided games in the Spanish league thus far. None of the dominance or possession mattered by Barça; in the grand scheme of things, it signifies very little.