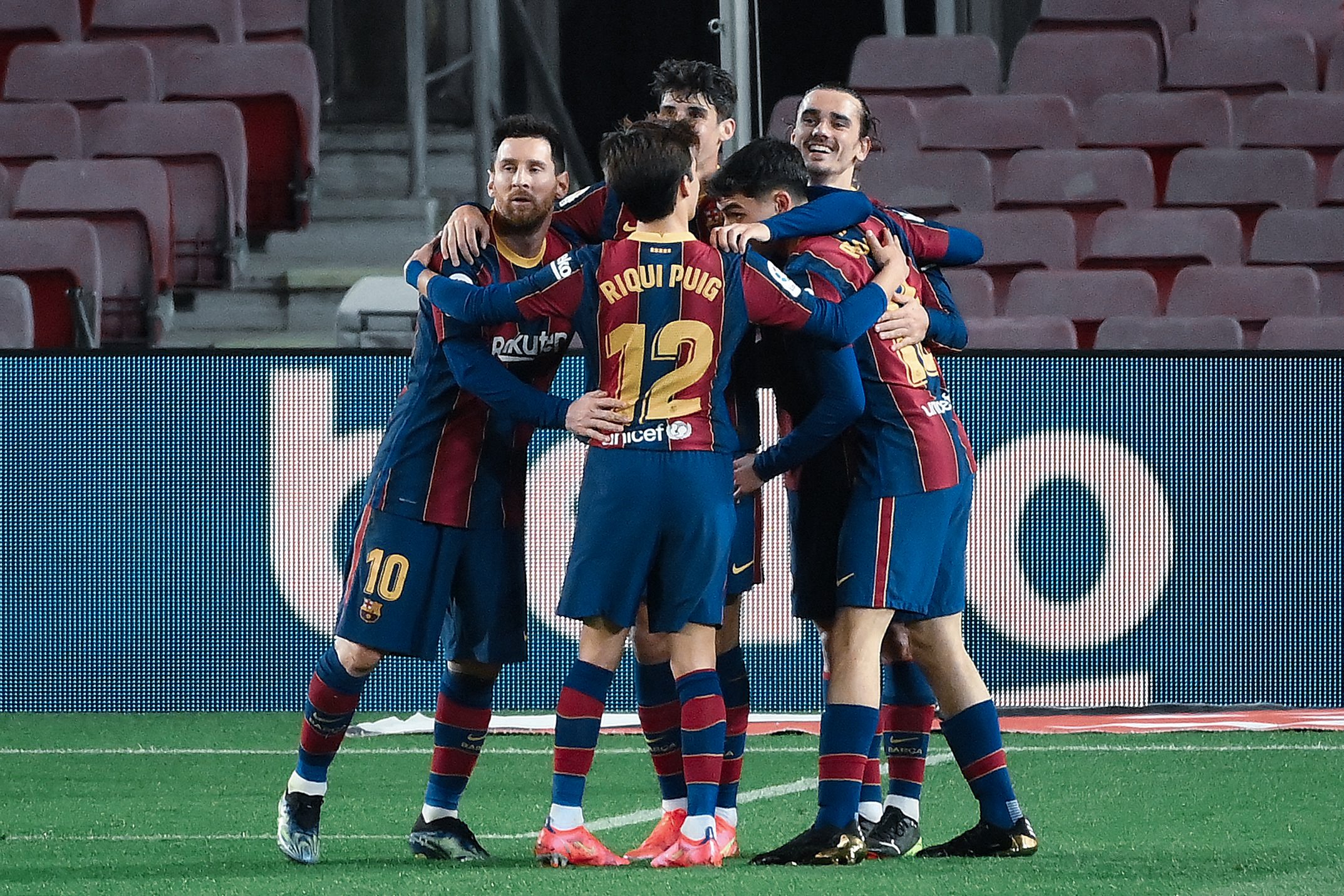 Barcelona continued their fine form in La Liga with a comprehensive 5-1 drubbing of Deportivo Alaves. The Catalans played only their second home game in their last eight fixtures, picking up their seventh league win of 2021. They ousted a relegation-threatened Alaves side who showed good initial signs but were no match for Barça’s attack.

The hosts produced a solid display after Ronald Koeman rolled out with a slightly rotated side in the midst of injuries. He started Riqui Puig and Ilaix Moriba in midfield, giving the team a healthy mix of youth and experience, which worked wonders.

Stellar individual performances from Lionel Messi and Francisco Trincao amid a great collective team effort saw Barcelona play some of their best football all season. Free-flowing passing, evading the Alaves press and breaking their stubborn defensive line, Barça produced the perfect display ahead of their crucial Champions League tie against PSG in the coming week.

There was never much doubt about the technical ability Francisco Trincao possessed. Despite a faltering start to life in Barcelona, he seems to have found a breath of fresh air. After finally scoring his first goal for the club against Real Betis, he stayed on course with another excellent display proving that perhaps all he needed was that small catalyst.

With two more very well taken goals, Trincao upped his tally to three goals in his past two games. The first, an outstanding finish from a Moriba cutback for the opener. And the second, a first-time finish after Lionel Messi was tackled when in on goal. The Portuguese youngster could have easily had a hattrick if it weren’t for a great save from Pacheco in the Alaves goal.

Trincao was much sharper in his movement and seemed to have a better understanding of his teammates’ positioning. His performance was a statement to Ousmane Dembele that he will have to work hard to keep his spot in the team.

By the looks of things, Riqui Puig and Ronald Koeman’s tumultuous relationship seems to be changing. After struggling to get any minutes in the earlier stages of the season, Puig is finally forcing Koeman to see the error of his ways.

The diminutive midfielder put in a sensational shift in his first full 90 minutes under the Dutch coach. He showed all the qualities that Barcelona fans have come to adore about him. He was turning on a dime, resisting endless streams of the press, performing superb quick exchanges with his teammates, especially Lionel Messi, and releasing the free man in the blink of an eye.

His rocky start to the season may finally be seeing lighter days. Koeman’s trust in youth was always the most exciting aspect of his managerial style. We saw it once again with his faith in Ilaix Moriba, who despite the error leading to the Alaves goal, still had a solid showing and even got an assist.

Despite his initial stubbornness, it was not going to take far too long for Koeman to come around on Puig. A player of such quality will always shine through the cracks.

While Messi will surely grab the plaudits for his sensational goals yesterday and so will Trincao for his brace, Pedri’s impact off the bench simply cannot be overlooked. The teenager was absolutely remarkable in his 26-minute cameo, conducting the Blaugrana orchestra with awe-inspiring fluidity.

After Luis Rioja scored to claw a goal back for Alaves and make it 2-1, Barça looked slightly erratic. The visitors sensed blood and the Catalans needed to rediscover their rhythm. Enter Pedri, who just always seems so much more mature beyond his years, Replacing Moriba, the Canarian was indomitable.

He was always dynamic, receiving the ball and moving it exactly to where it needed to be. The youngster played some phenomenal passes breaking the defensive lines, including a perfectly weighted ball to Messi which was eventually finished by Trincao.

It is clear that Pedri Gonzalez is a key cog in this new Barcelona machine. His presence is immediately noticeable for the Azulgranas.